Today the Drake Chamber Choir encountered what will certainly become one of the most dramatic and unusual days in tour history.  It began with an early morning “wake-up call” in the form of a faulty hotel fire alarm.  Waking the students up at a quarter after 1, the choir was left dazed and confused, but unharmed.  But with a full English breakfast in their stomachs, the choir headed for our next destination, Gloucester, a few hours later.

Driving through the picturesque Cotswolds, we stopped to take in several locations of historical interest.  Legendary English royalty, politicians, and musicians lived in the surrounding area.  Our first stop on the way to Gloucester was the burial place of Sir Winston Churchill, in the tiny village of Bladon.  The choir members marveled at the slippery, stone pathway in the midst of grave markers hundreds of years old.  Towards the end of the path we found the headstones of Churchill and his family.  The choir enjoyed the visit, including a self-guided tour of the local parish church.

From Bladon, the choir headed to Burford, a particularly lovely town in the Cotswolds.  This town is full of quaint and interesting shops, a medieval church and cemetery, and plenty of places to get a sweet treat.  A few choir members satisfied their sugar desires with some fudge and other assorted chocolates at The Sweet Shop.  Many other members found antique items and novelty souvenirs.  On our way back to the bus, everyone found a new friend.  A friendly cat made its way onto the road where our coach was parked and quickly became the Chamber Choir mascot.  The choir made it official by naming him Holst, a famous English composer who wrote a piece in our repertoire, I Love My Love.

Back on the bus, the Cotswolds, translated from old English as “houses in the hills,” provided the choir with spectacular and serene views of the English countryside.  This greatly contrasted with the immense Gloucester Cathedral and the lively crowds the city provided.  The choir had a couple of hours to enjoy the local cuisine and city sights, before returning to tour the cathedral and prepare for evensong.   Some took advantage of the Cornish pastries, while others checked out the boutiques and shops.

Upon returning to the cathedral, the choir got a tour of this ancient building and a chance to learn the rich history of the sacred space.  The cathedral has stood through nearly a millennium of time and cultural change, including being the burial place of King Edward II to serving as a film location for the Harry Potter franchise.  The architectural splendor and historical importance of the cathedral inspired us in our rehearsal for evensong, an Anglican prayer service, at which we had earned the privilege of singing.  The particulars of the service, combined with the limited time to change into our formalwear, did not faze the choir.  We delivered exceptional music in an astonishingly beautiful acoustic and visual setting.  Jenny Bjoin, Sean Galligan, and Katie Galliart delivered exceptional performances from the solo and cantor roles, respectively.

After a long day, the choir was ready to head to a late dinner at our hotel in Coventry.  There was one small problem: the bus was stuck in the mud from flooding near the coach park.  It took all the perseverance, teamwork, and sheer muscle the choir possessed, along with some plywood and spare pillows, to solve the dilemma.  After loudly cheering the escape of the bus, the choir gladly took their seats for the drive to our next hotel in Coventry.

After checking into their rooms, the choir enjoyed a large buffet in the hotel restaurant.  As I’m writing this post, most of us have finished recovering from the wonders and astonishments the day brought.  At the end of it all, while we lost some time on our sleep, schedules, and even a leather glove (sorry, Mom), we gained a greater understanding of the English culture, a feline friend, and a memory that I’m sure none of us will ever forget. 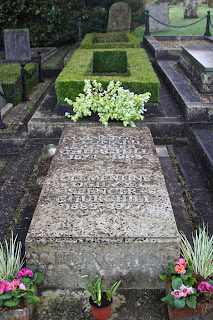 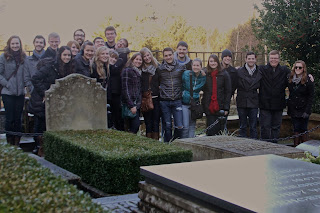 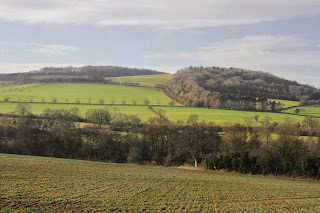 Our drive through the Cotswolds 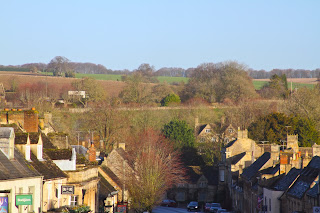 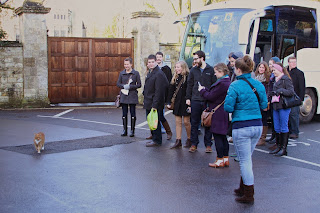 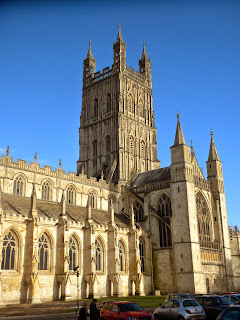 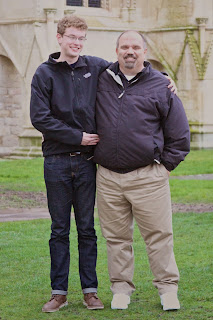 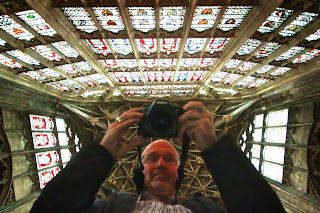 Your photographer at work 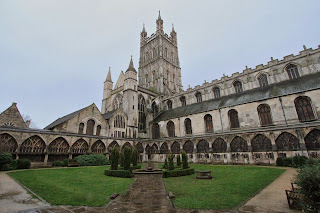 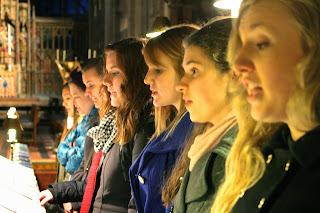 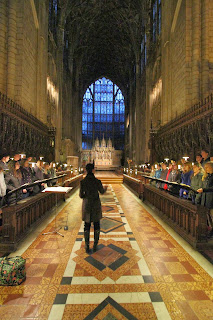 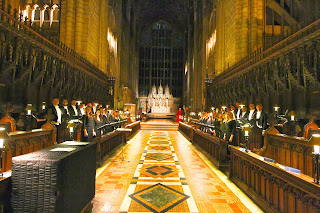 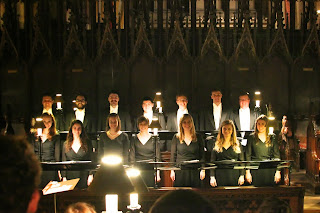 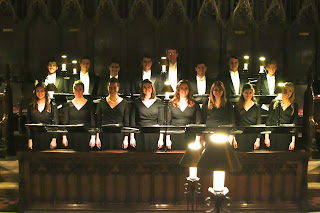 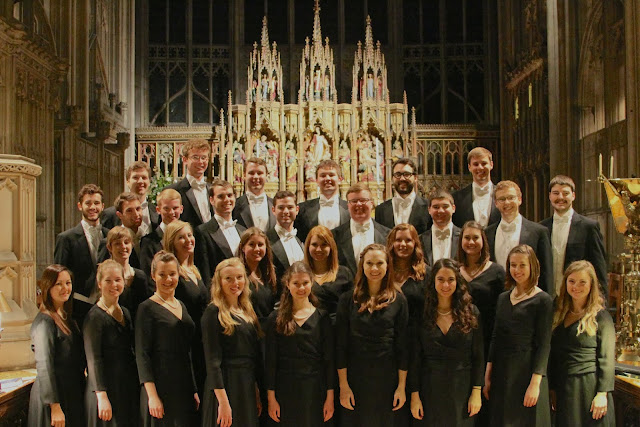 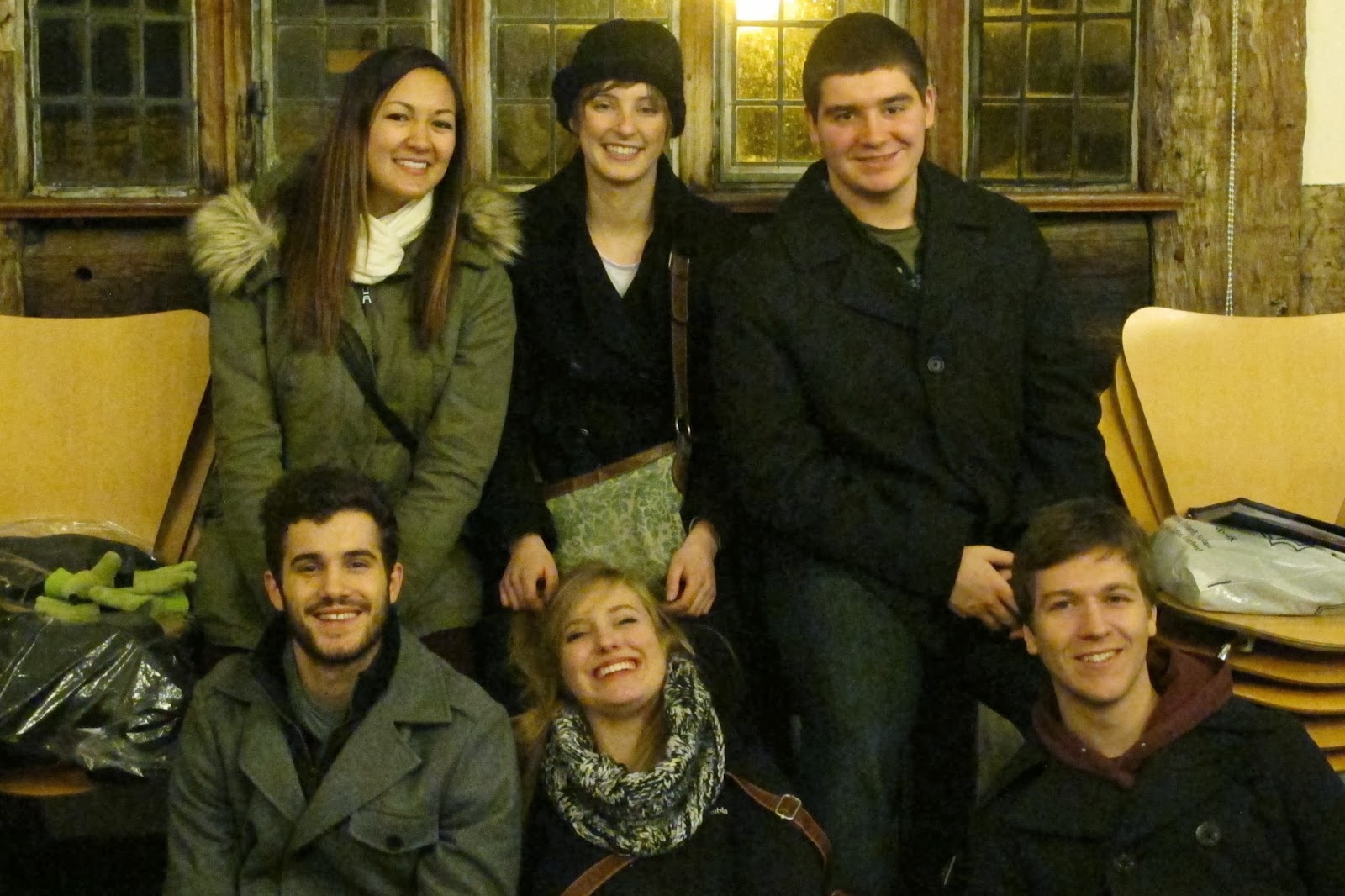 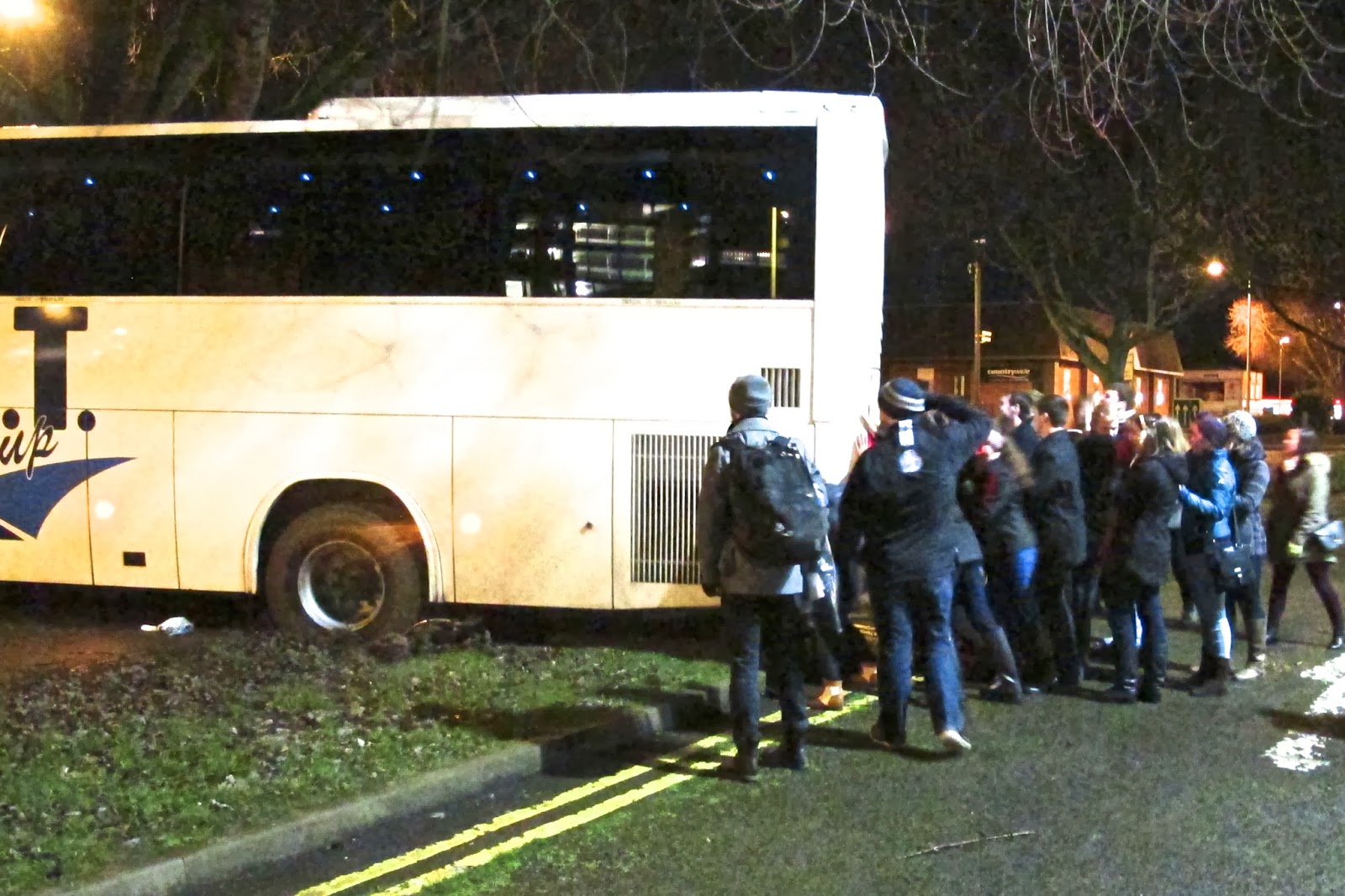 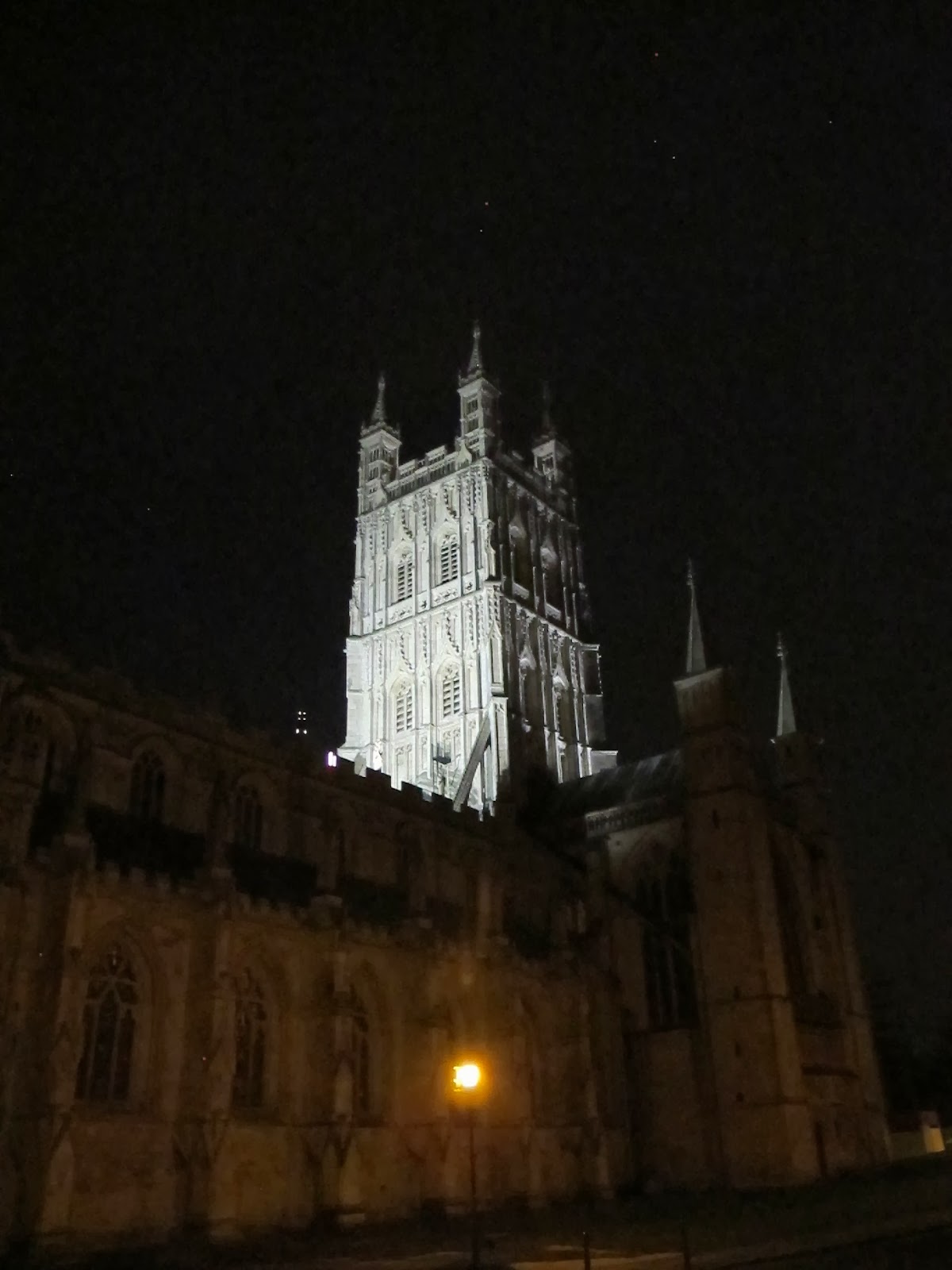 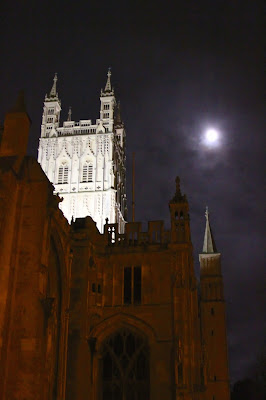