We started out the morning with a full English breakfast of fresh fruit, sausage, eggs, seasoned potatoes, and toast after an evening at The Trout, a restaurant just a 20-minute walk from our hotel. The pub was reminiscent of a cozy lodge and a few choirmates hung out on small sofas and stuffed armchairs, enjoying our first taste of laidback English nightlife.

Some of our members took a short walk to a cemetery near the hotel this morning to visit J.R.R. Tolkien’s grave. Avid readers of his books were happy to pay their respects to the beloved author. Jenny Bjoin thought it was cool that such a famous writer is buried in such an unassuming cemetery outside of Oxford, without a huge memorial or any extravagant indication of his identity.

We left the hotel by bus to tour the Oxford city center and after a brief history-lesson-on-the-sidewalk from our tour guide, Anita, we had time to roam on our own. While others took to a popular-looking sidestreet with several shops and cafes, a group of us explored the nearby cobblestone courtyards outside of the Bodleian Library (the main research library for the University of Oxford, which houses more than 120 miles of bookshelves) and the Radcliffe Camera (a huge round building which was designed to be a sort of glorified reading room for Oxford students, named after Dr. John Radcliffe, a physician who looked after Queen Anne).

Some of us found a public entrance to the grounds of Trinity College across the street from Radcliffe Square and, after presenting our Drake IDs, were able to tour a dormitory, the dining hall, the chapel, and their extensive gardens. In a dorm hallway, a bulletin board sported notices for after-school activities. Drake and Trinity seem to be alike in their lively student (and squirrel!) communities.

A group of choirmates reunited at The Eagle and Child, a pub in the city center well known for being the old hangout place of J.R.R. Tolkein, C.S. Lewis, and a group of other Oxford students known as the Inklings.  The pub was lovely and filled with memorabilia from both authors’ accomplished novels, including quotes and illustrations from The Lord of the Rings and an unopened door in the very back of the building with a sign above it that read “Narnia.” Students were nervous to try the handle for fear they would be sucked inside and never seen again.

As the day turned from slightly overcast to a stereotypical English afternoon—damp and chilly—Anita led us to the University Church of St. Mary the Virgin. She insisted the group climb the narrow stone staircase up to the very top of the St. Mary tower, which gave students a picturesque, panoramic, and breath-taking view of the city of Oxford and its University.

We then went on an Anita-guided tour of Christ Church College, where Harry Potter fans in the choir were able to see, photograph, and pose upon a set of stairs featured in the first film of the series. The Christ Church dining hall, with its four room-length tables and one Head Table at the far end of the room, was in fact J.K. Rowling’s inspiration for Hogwarts’ Great Hall. Also inside the dining hall was a stained glass window commemorating one of Christ Church College’s more famous teachers, Lewis Dodgson, more commonly known as Lewis Carroll. The window featured characters from his best-known works, including miniature depictions of Alice, the Queen of Hearts, the March Hare, the Mad Hatter, and the Dodo Bird.

We performed our first concert of the tour (!!) at Merton Chapel inside Oxford University’s Merton College. The chapel was built in the thirteenth century. Dan Grimsley, a musicologist at Merton, who is a friend of Dr. Saylor and who made an initial contact for us to arrange our concert in the chapel, said of the space, “It’s still pretty young. We’re still testing it out.”

Because the new term at Oxford doesn’t begin until Thursday, our first audience was small . This made the first concert more special, I thought, in that we were able to make a personal connection with each audience member. Afterward, we all gathered just outside the chapel, in front of a gorgeous, brand-new organ (which was just installed in October and was built by the Dobson Organ Company of Lake City, Iowa!) and greeted our audience members, who all responded very positively to our choice of repertoire and our performance.  We had a wonderful time singing and agreed that it was a very strong first performance.  We’re grateful for the privilege of singing in this historic chapel and wonderful acoustic.

We headed back through the wet Oxford streets to our hotel to warm up with dinner and get to bed before an earlier start toward the Cotswolds and Gloucester tomorrow morning! 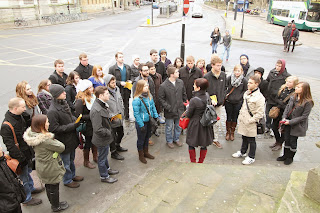 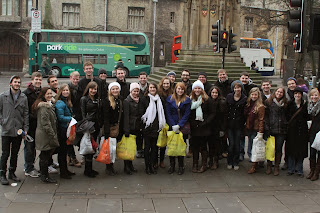 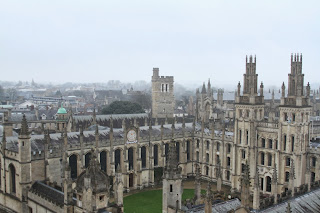 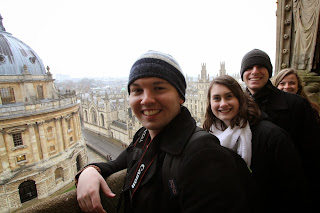 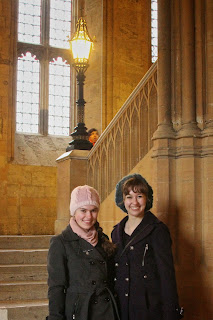 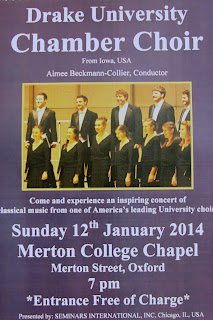 The first of eight performances 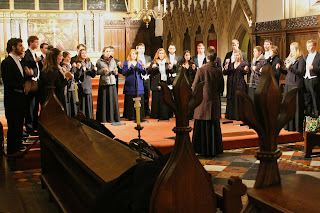 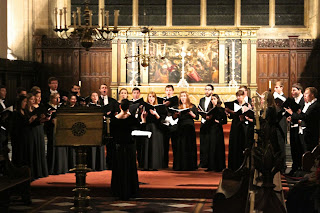 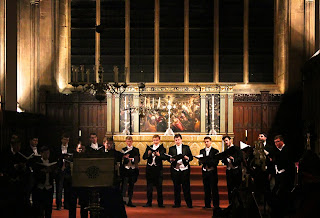 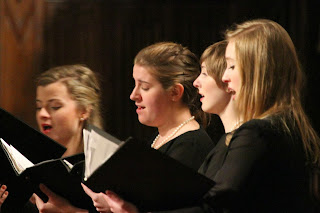 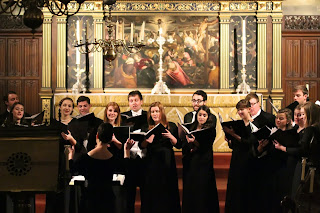 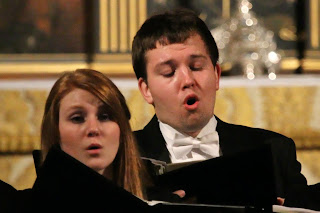 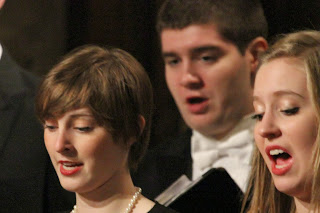 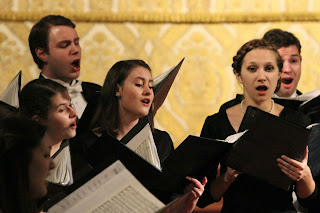 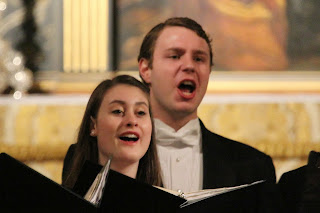 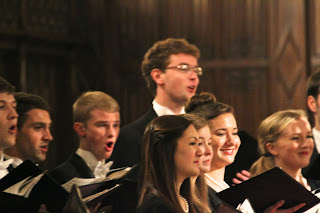 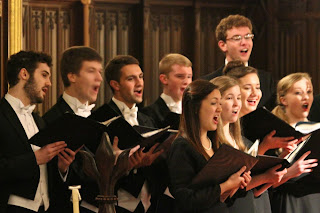 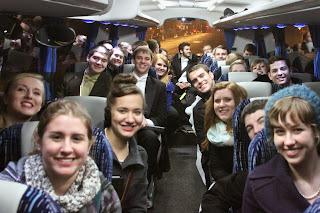 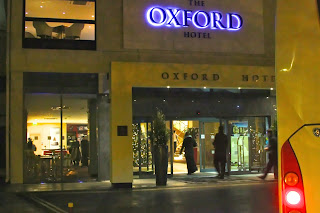 Great post! Heads up, it's Tolkien, rather than Tolkein. :)