Hello from London! It seems like forever ago that we left Des Moines and it is strange to think that we will be returning tomorrow. We all awoke to our third day and our third excellent full English breakfast (which I will be loath to leave behind) in the Bloomsbury area of London and, as we are all accustomed by this point, departed for singing and sight-seeing with Anita, our tour guide. In our charter bus, we tooled around the bustling streets of central London and noted the beautiful homes, green spaces, and historical landmarks found all around us. Of particular note, we passed the church on whose steps John Wesley sermonized.  This drew an appropriately reserved ‘’Woo!’’ from the Methodists among us. Our tour ended on the south side of the Thames from the Houses of Parliament that, along with Big Ben in the distance, provided a superb backdrop for a picture of the Chamber Choir by Dave Collier, our resident photographer.

After hustling back onto our (perhaps slightly less than legally) parked bus, we continued on to the beautiful 18th century St. Martin-in-the-Fields Church.  I was especially struck by the modern window behind the altar, which suggested Christ’s slumped head at the crucifixion (this is an ancient tradition in English church-building and one we’d seen in several medieval chapels and cathedrals. To be certain, singing in a space in which Mozart had performed was very powerful, and we were delighted to be sponsored by the American Embassy as the new St. Martin-in-the-Fields Embassy Series was inaugurated with our appearance today.  Almost 300 people attended the concert, which was remarked upon by audience members as “stunning,” “exquisite,” and other superlatives.  The concerts manager told Dr. ABC that it was, in his estimation, the best choral concert he’d heard at the church, which is the site of hundreds of performances a year, given by outstanding musicians.   Several Drake and Drake Chamber Choir alumni were in the audience as well as some US expats from Des Moines.
We have since returned to the hotel to enjoy the precious few hours of free time we have remaining until tonight, when we will enjoy a performance of Les Miserables, followed by our farewell dinner.

Before the concert, we all had the opportunity to reflect on all the wonderful sounds, sights, and feelings we have experienced on this tour. I feel so lucky and blessed to be able to be in the United Kingdom with such expert musicians and nice people, keeping the tradition of choral music alive in a place with such a rich, sprawling history of singing. I must say there are things I miss about the United States (regular access to drinking fountains among them), but I will be very heavy-hearted tomorrow as our plane takes off from Heathrow to whisk us all across the Atlantic and back to our real lives. I am so grateful for this time we have been given, and very thankful for all our supporters: namely, the people who are invested enough in the group that they read this blog every day, and all who supported the tour with financial contributions.  Without you, this tour would not have happened. Thank you, and cheerio! 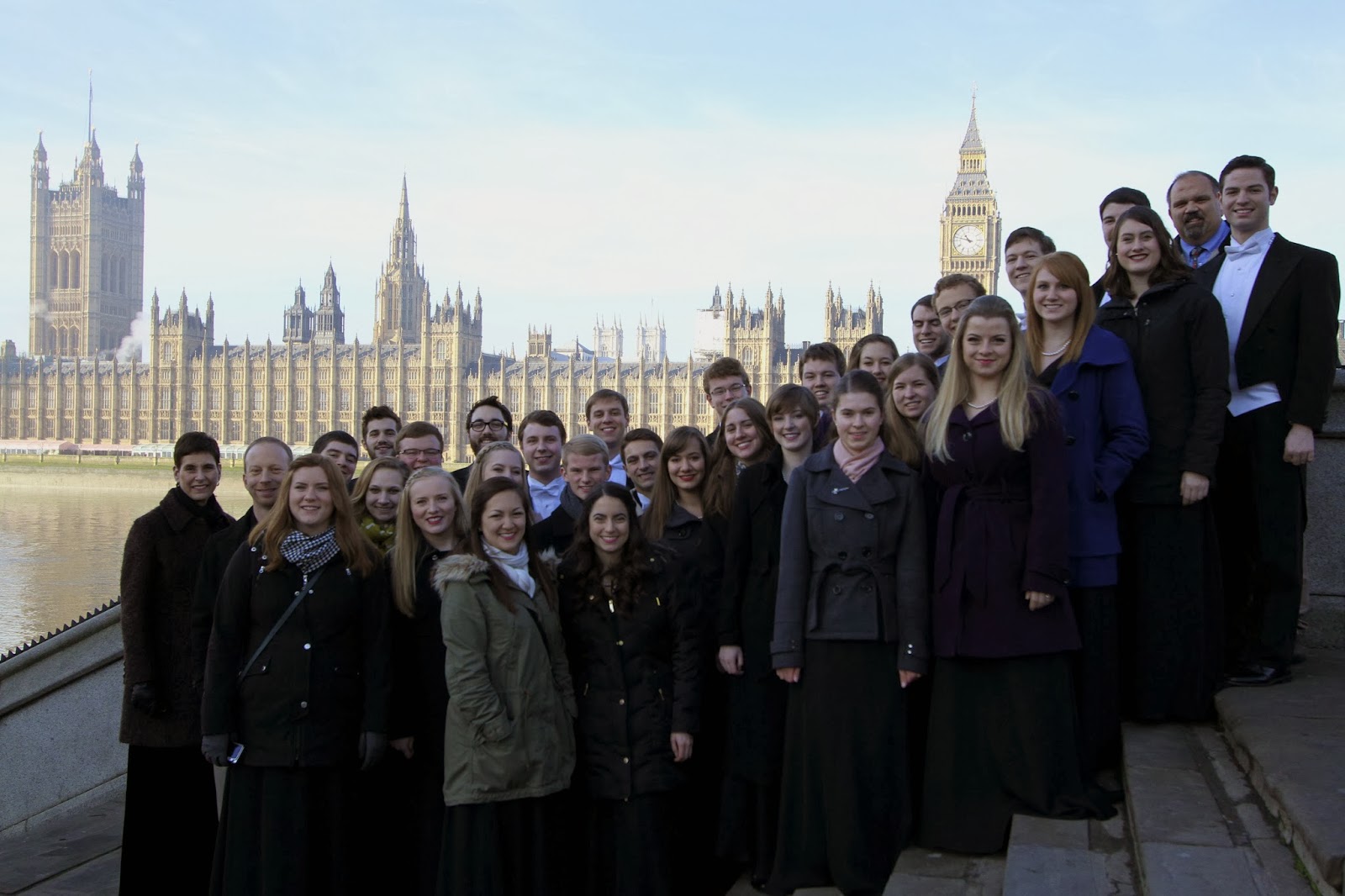 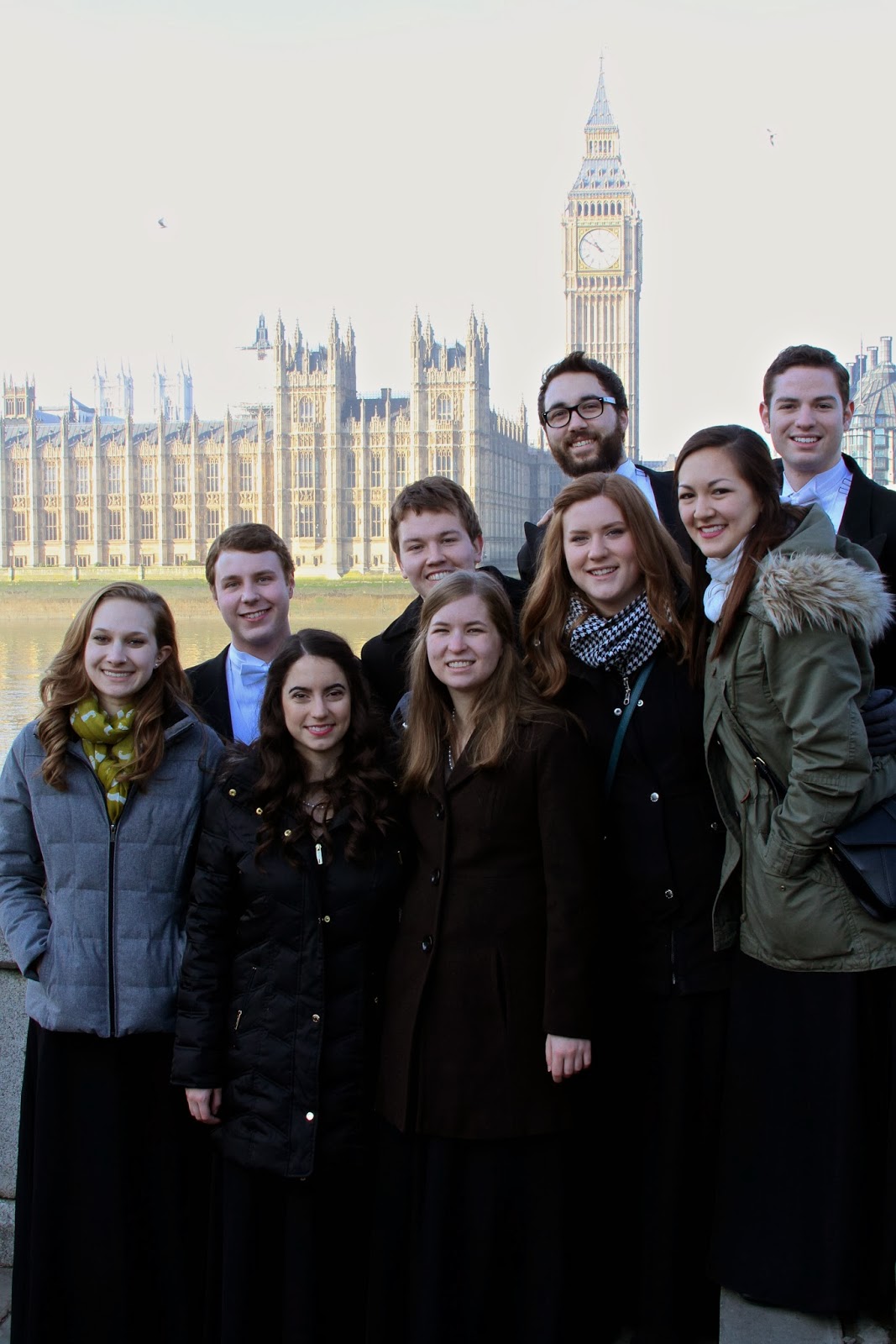 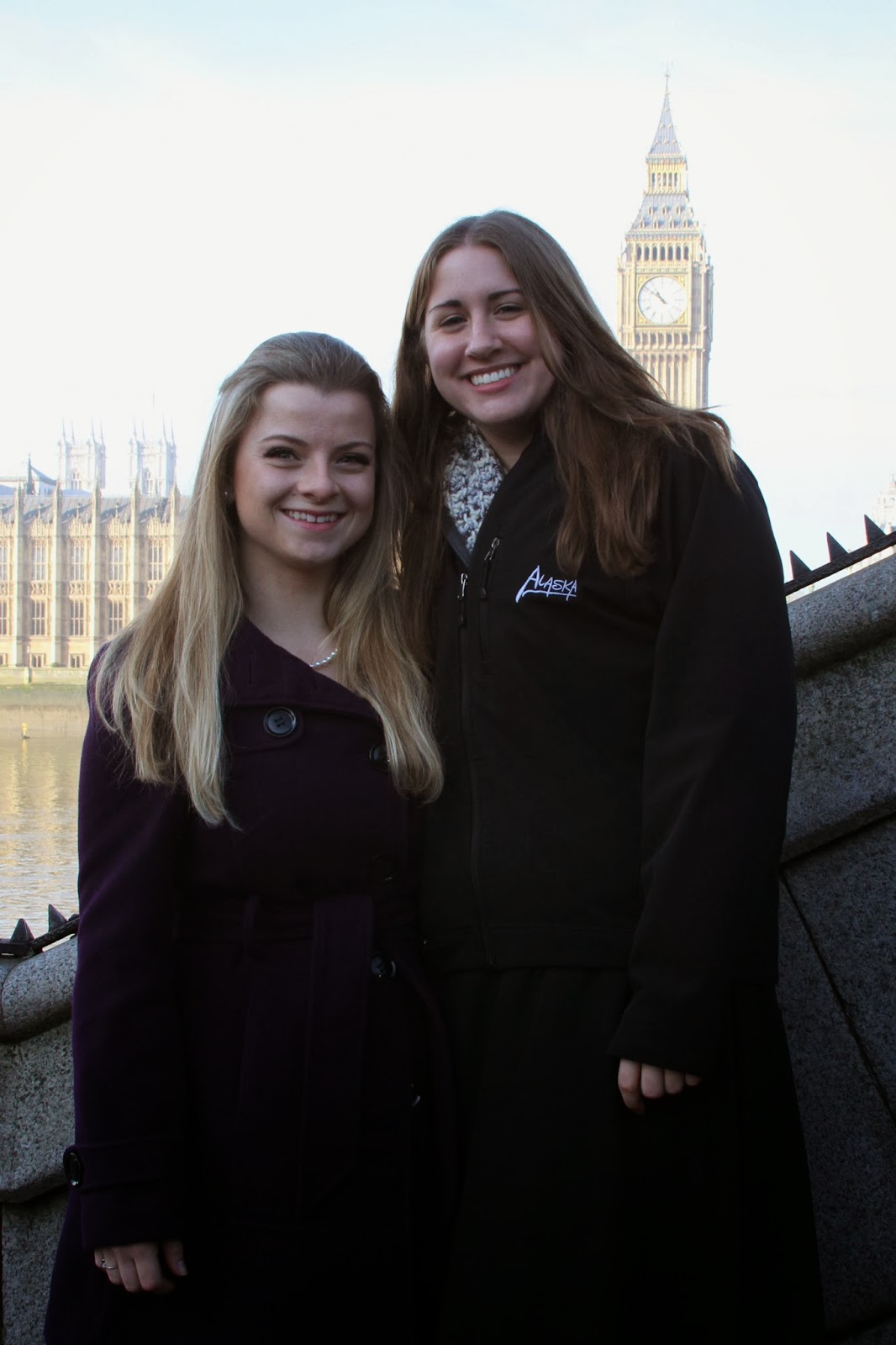 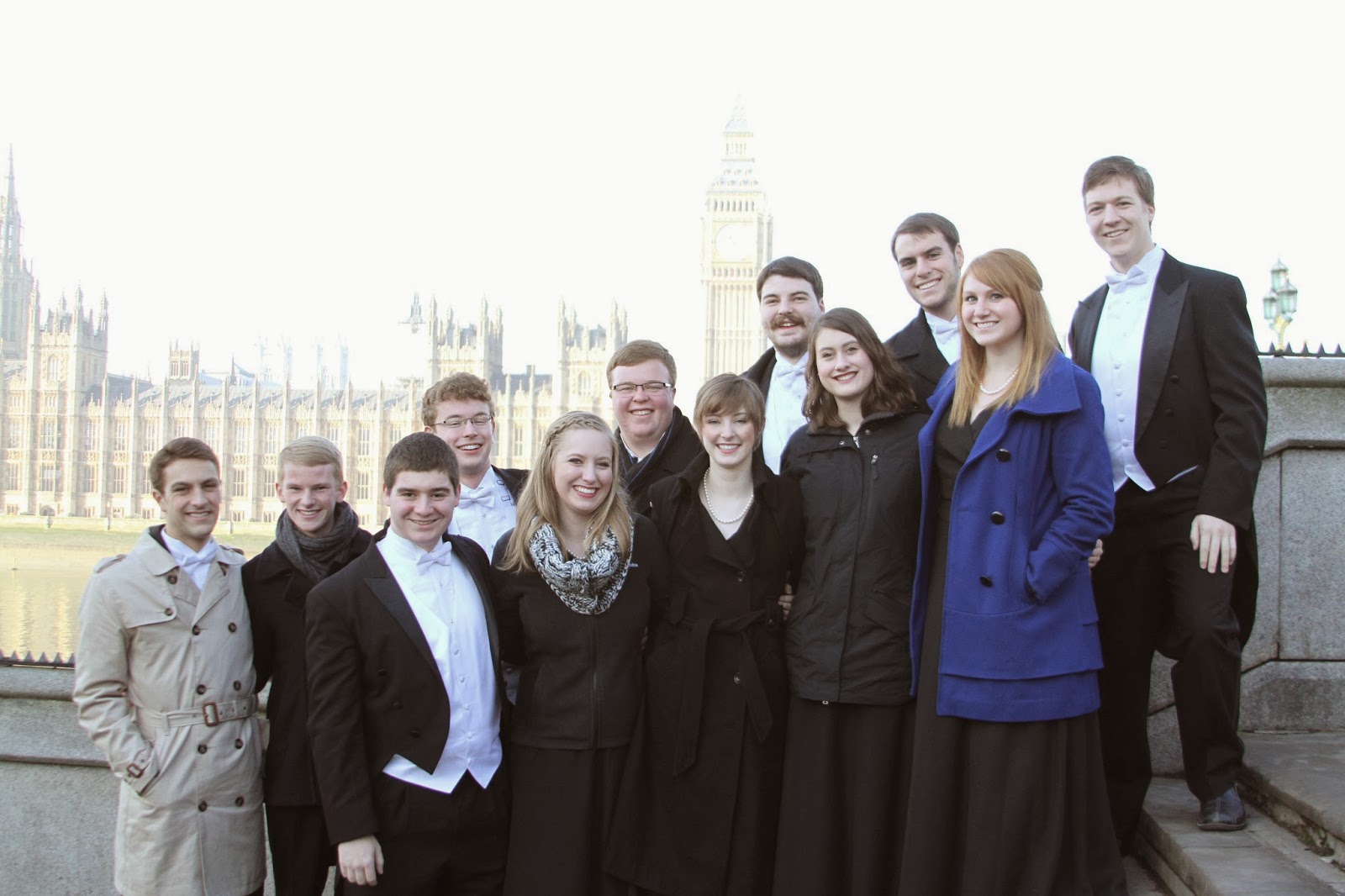 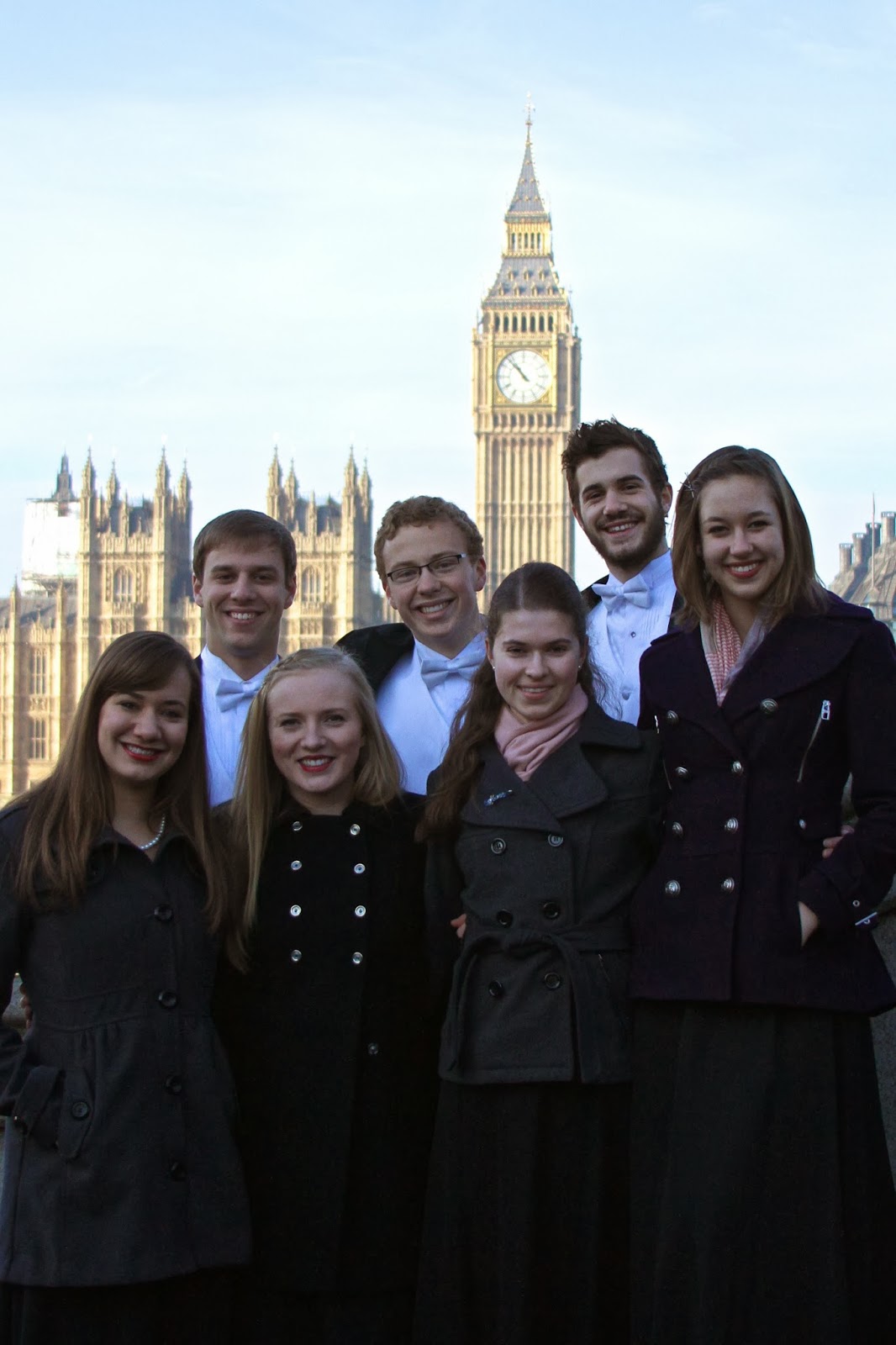 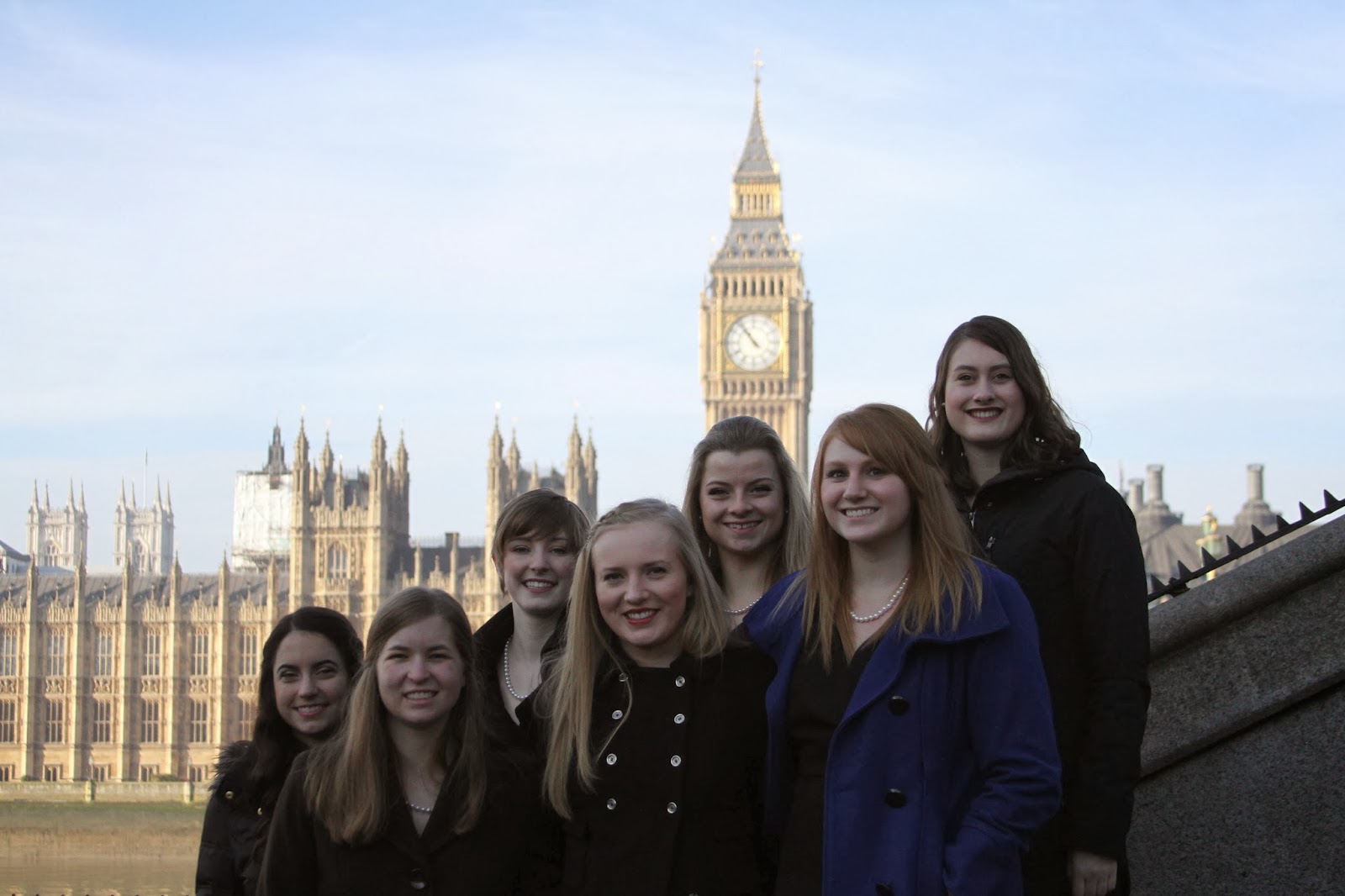 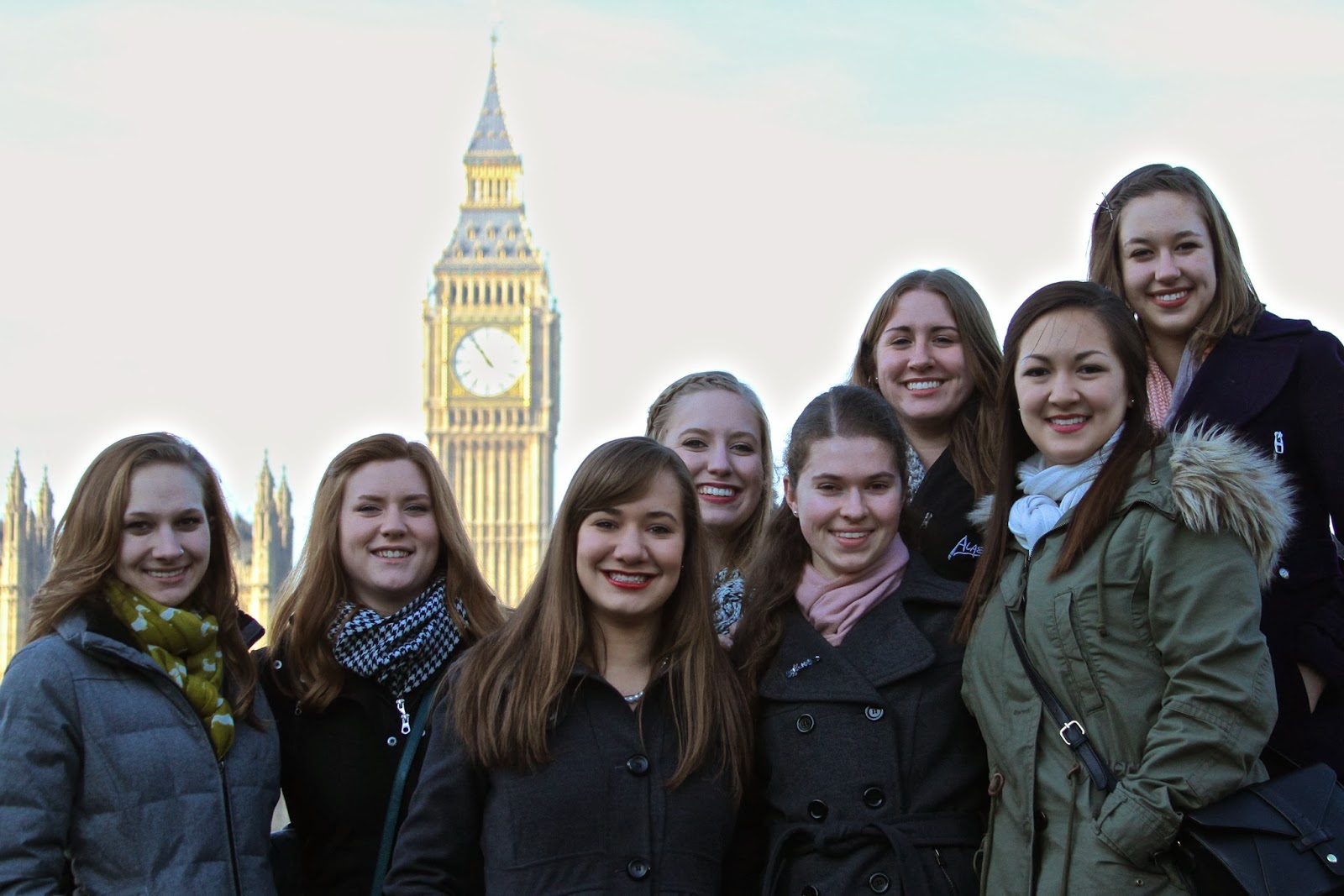 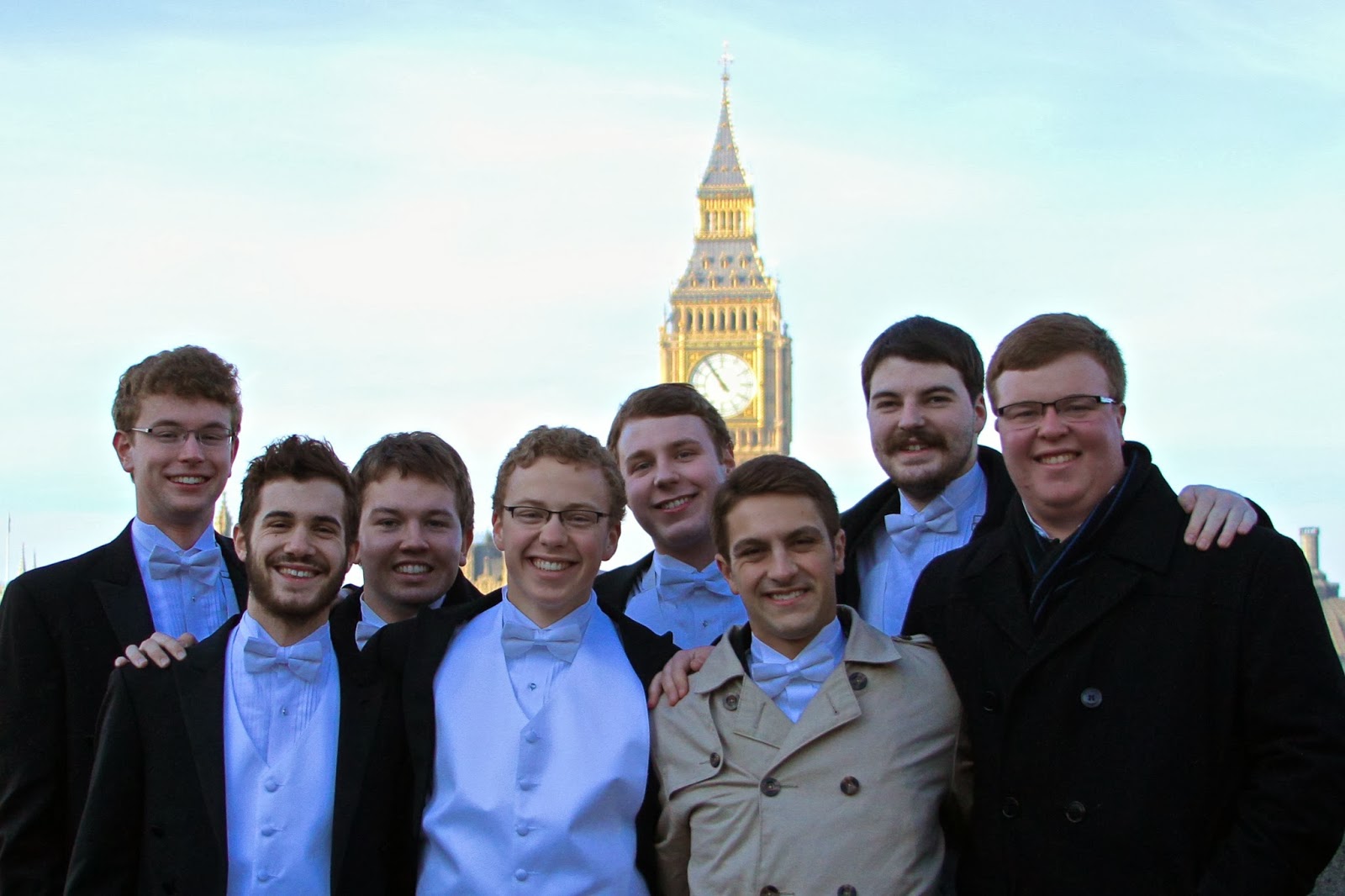 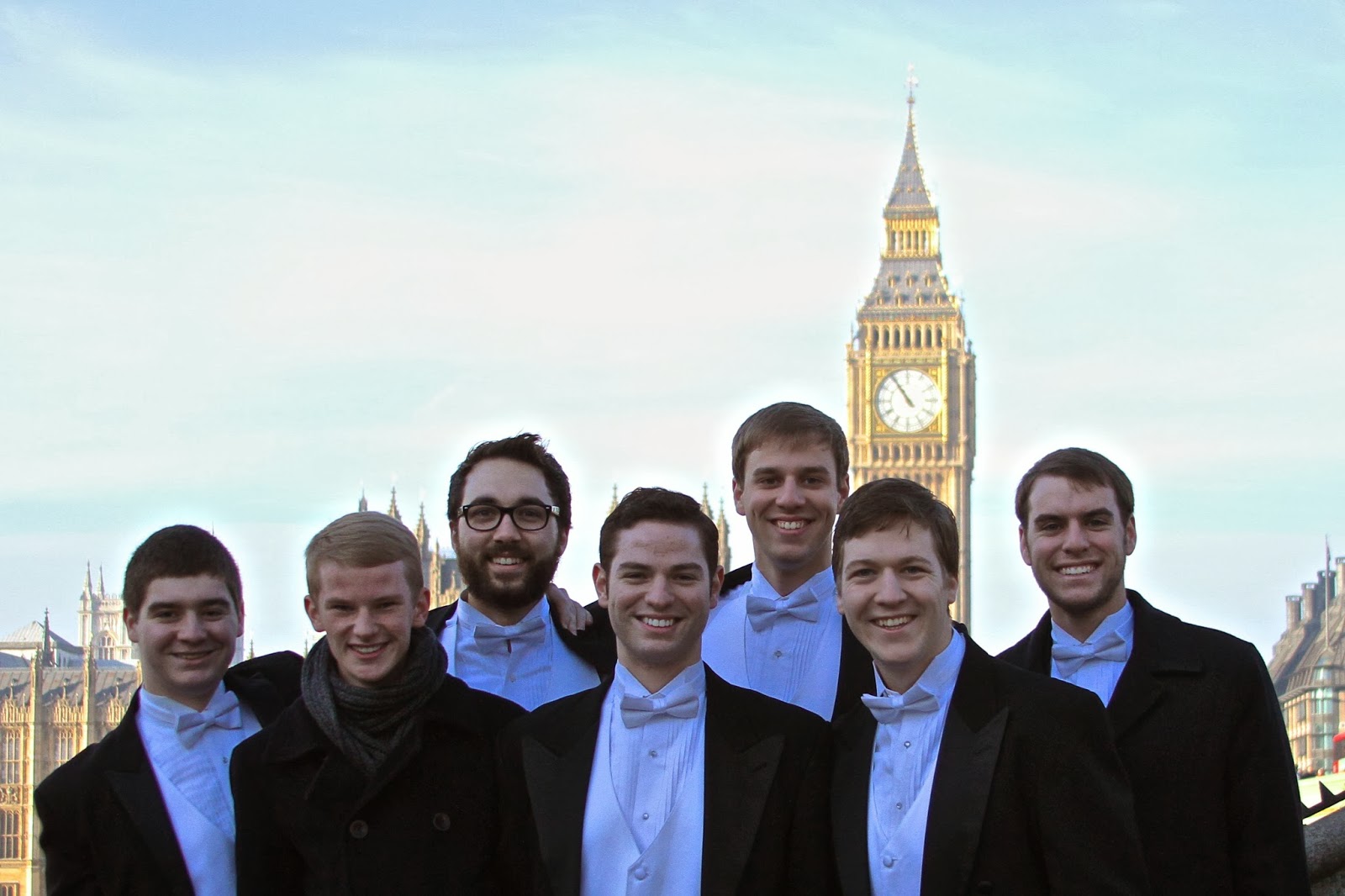 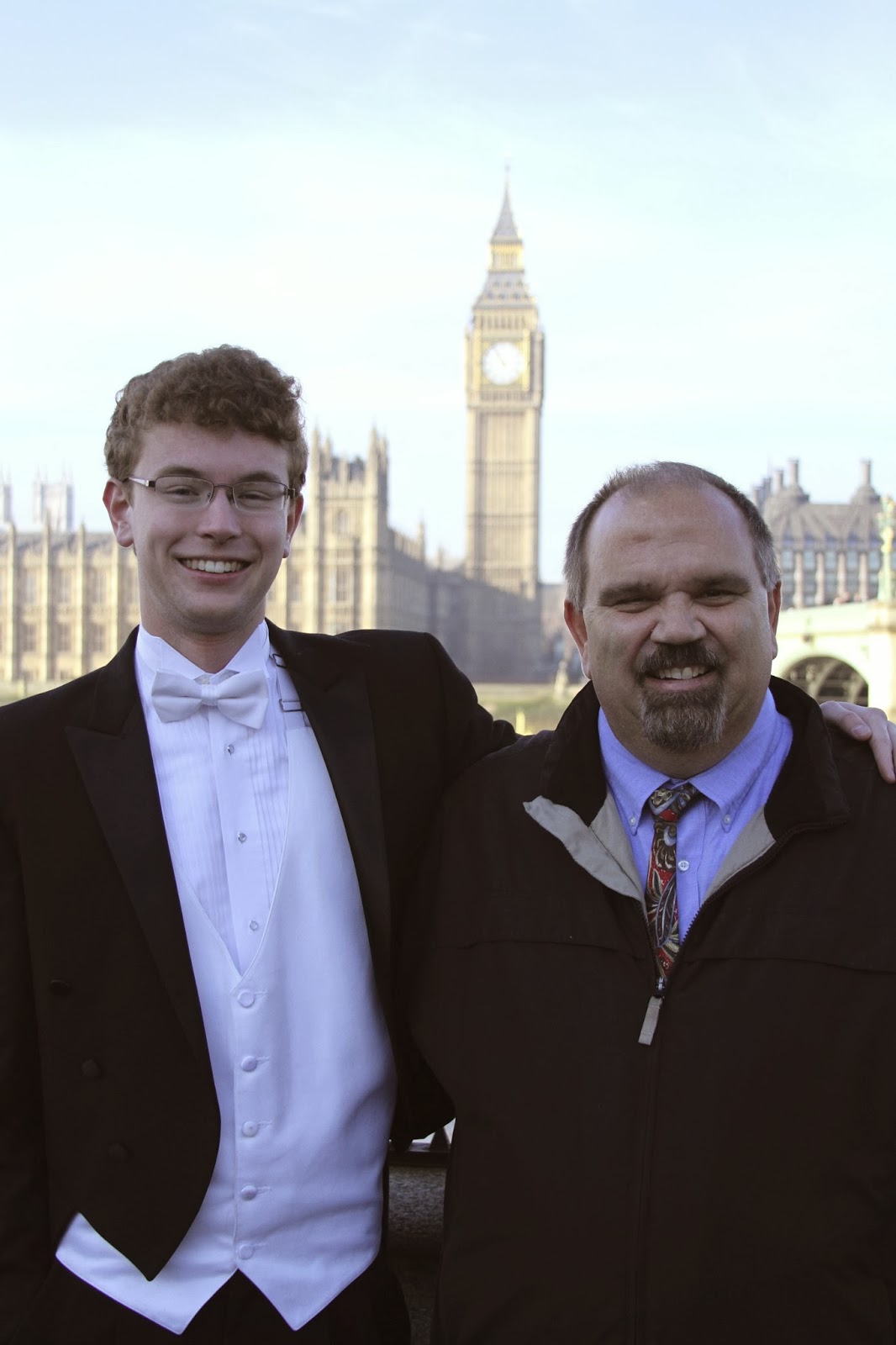 The Bridges on the bridge 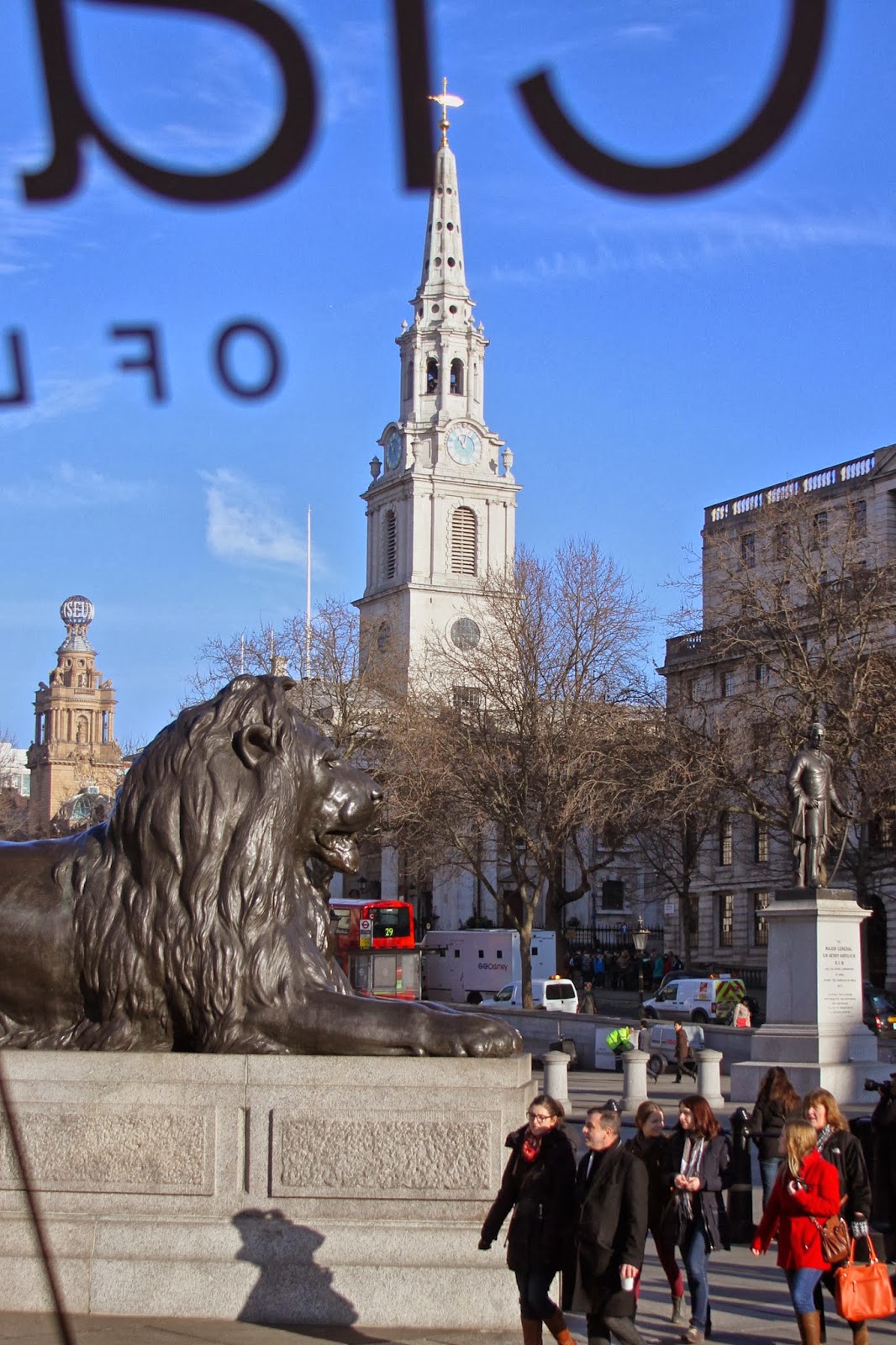 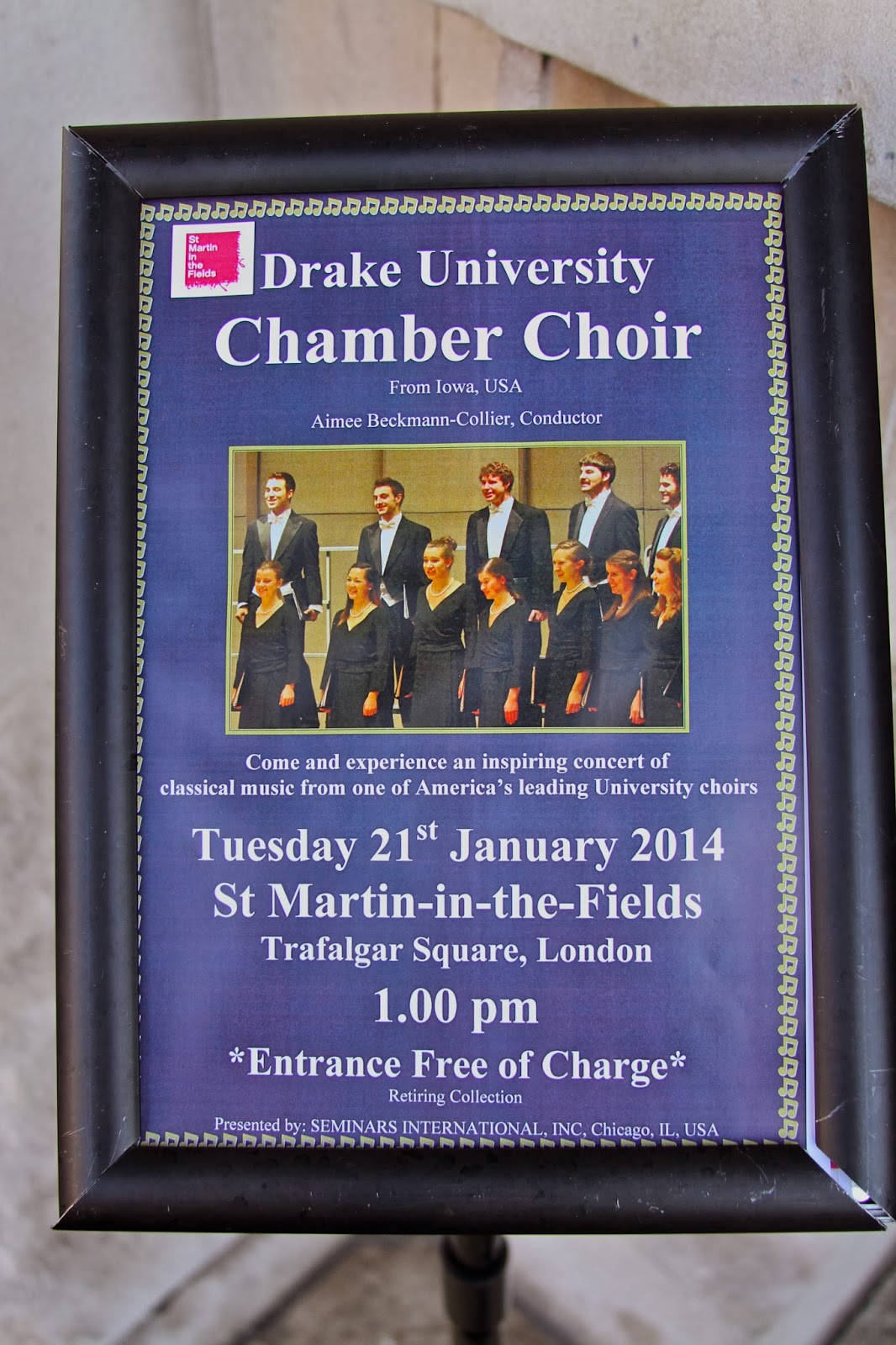 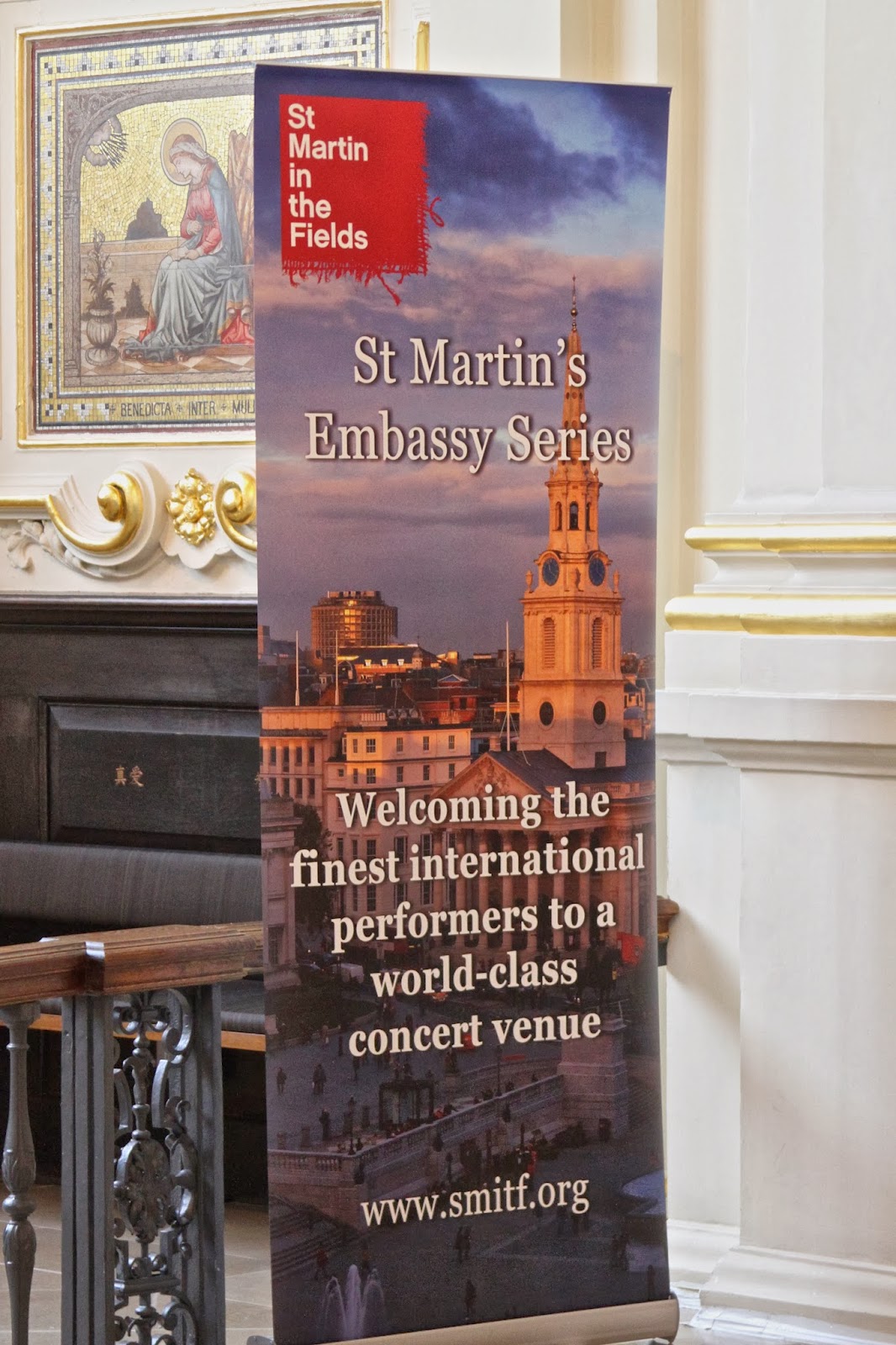 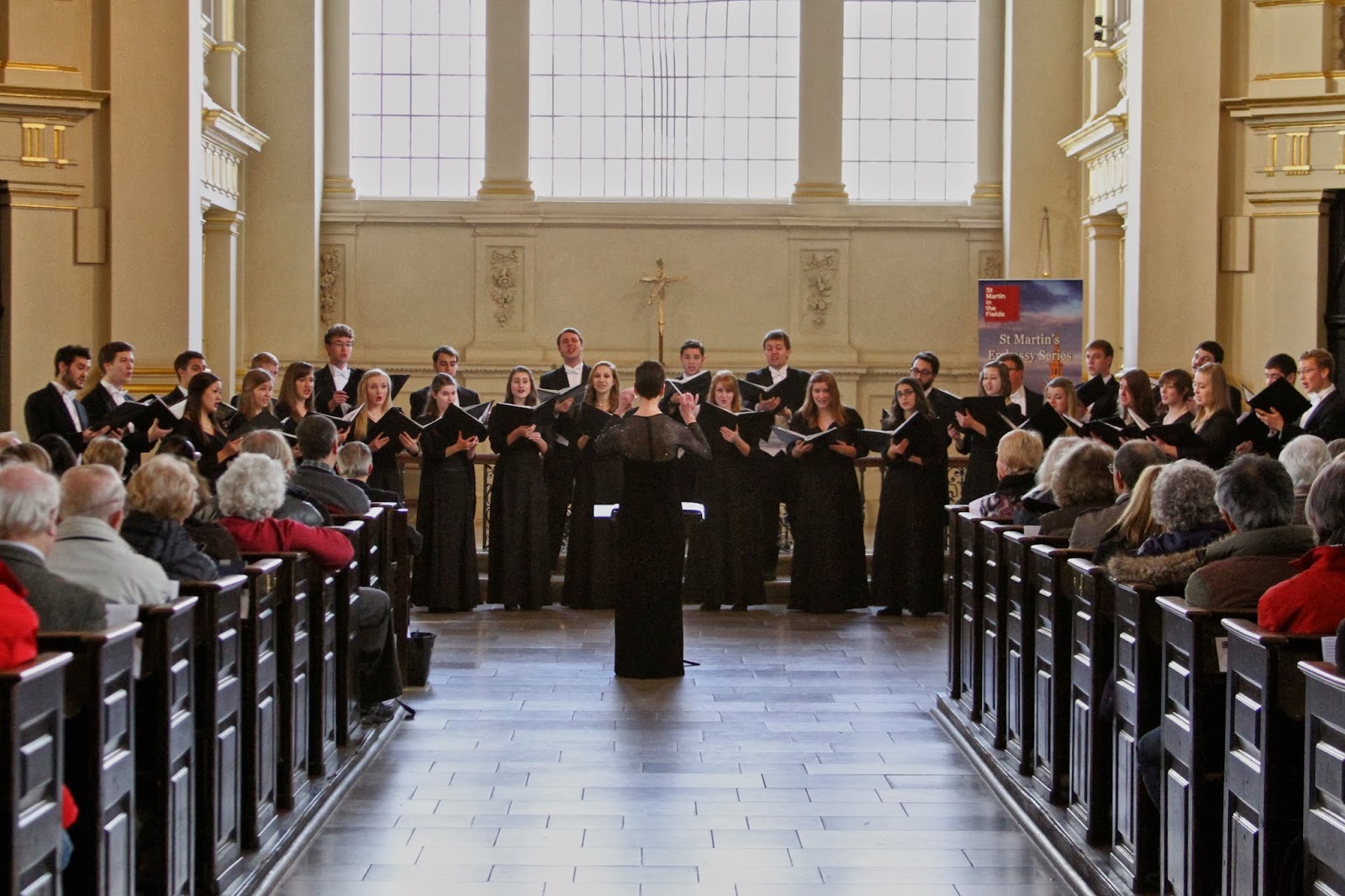 The concert, with 277 in attendance 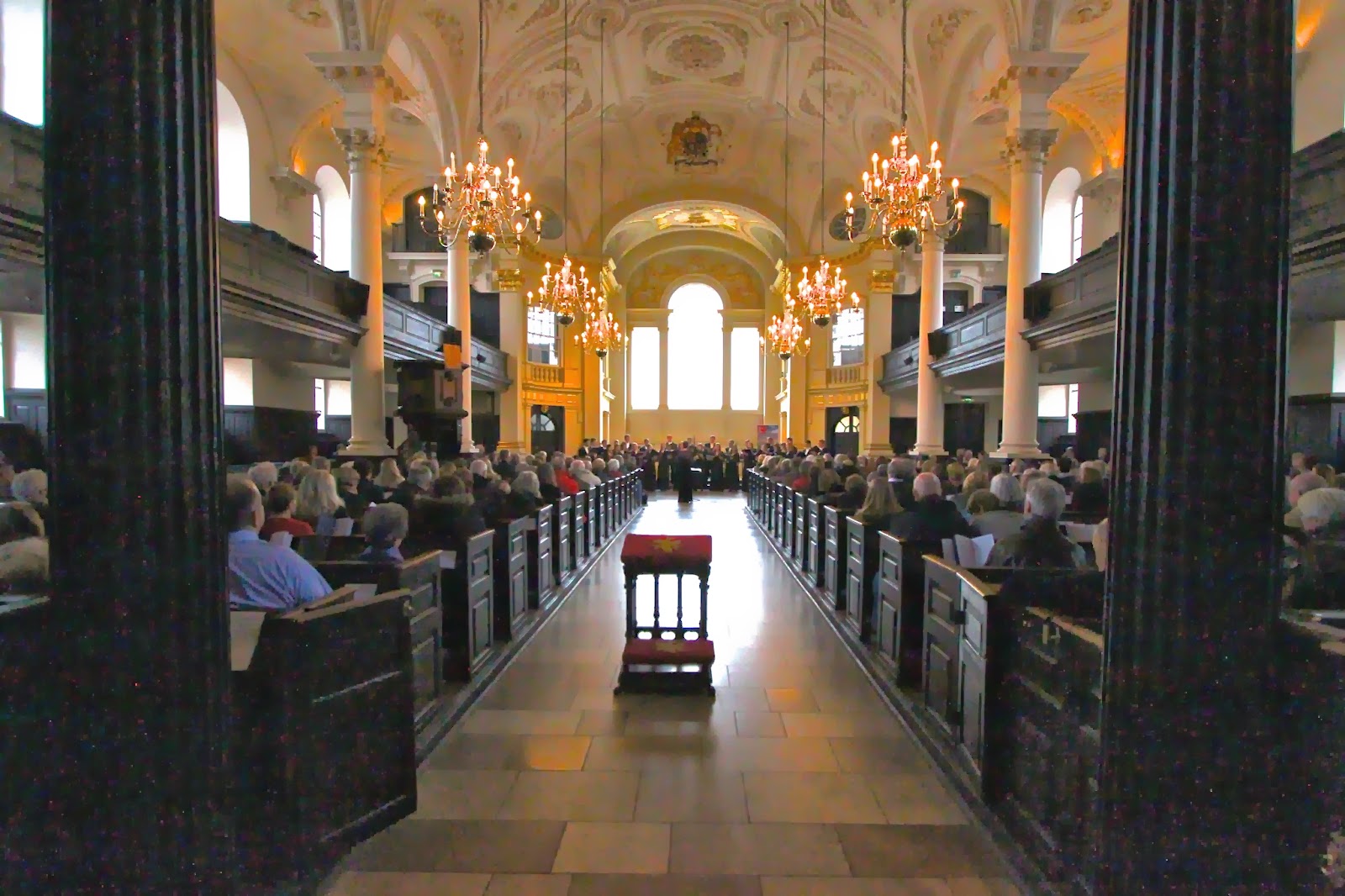 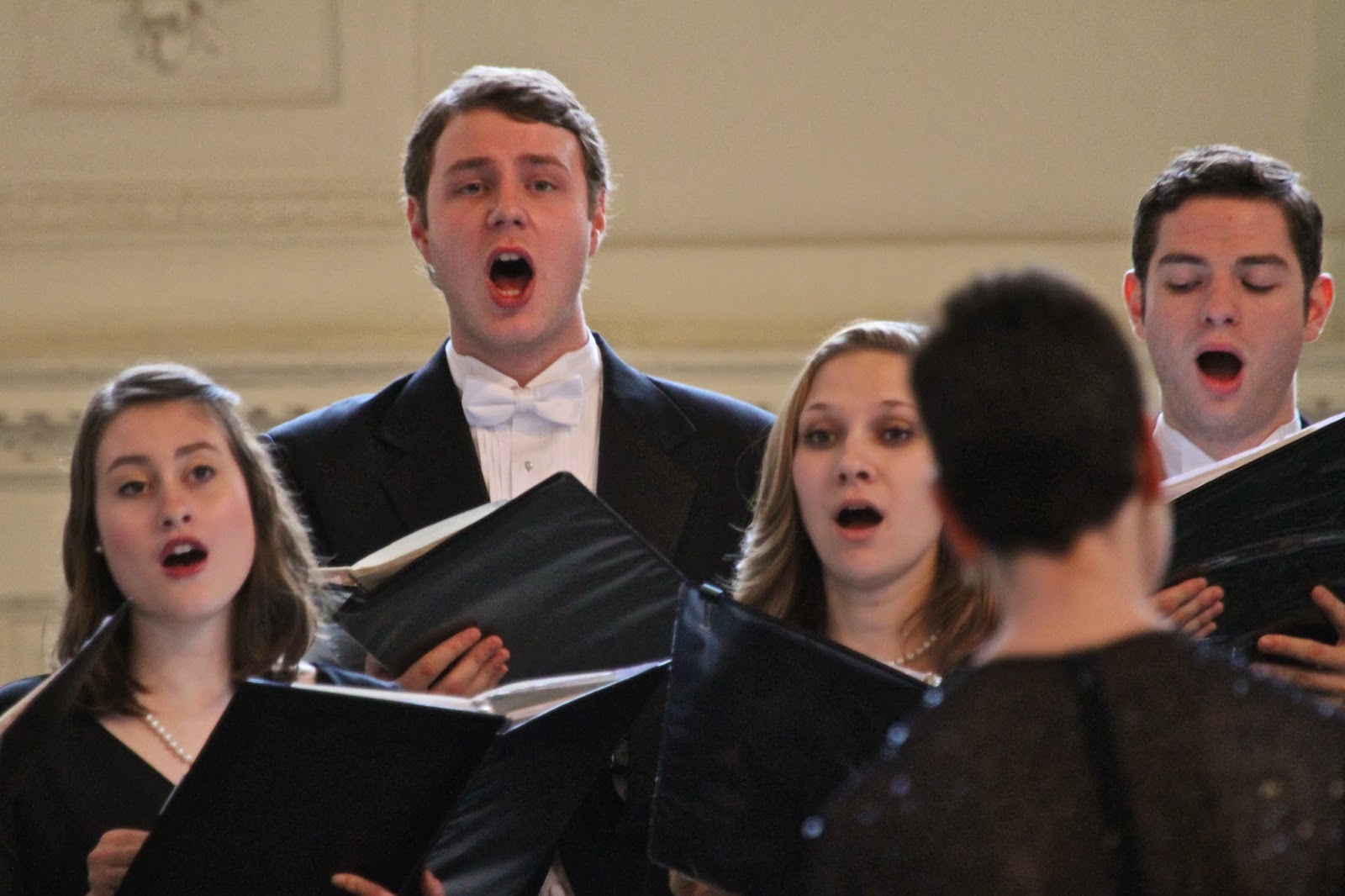 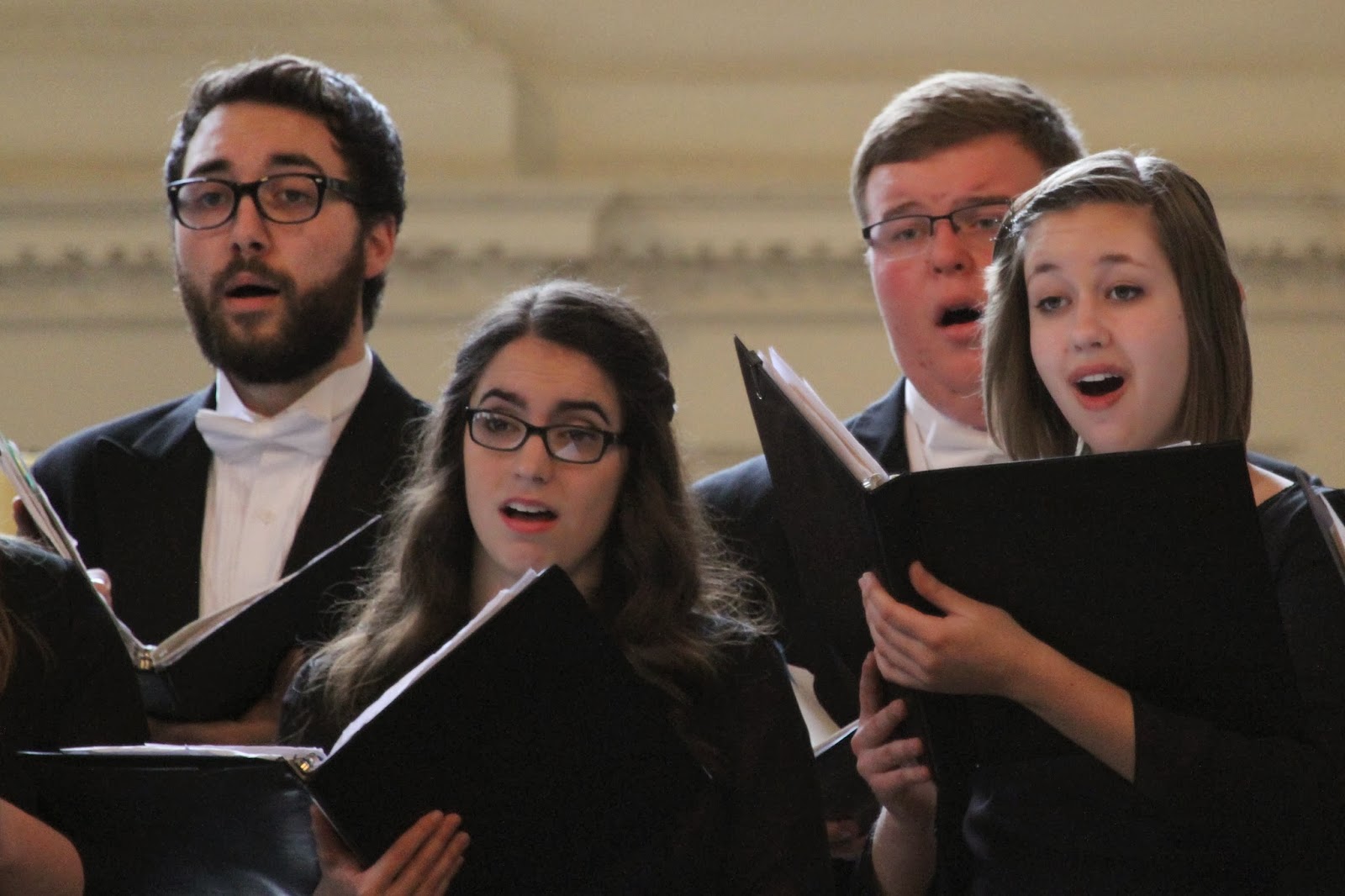 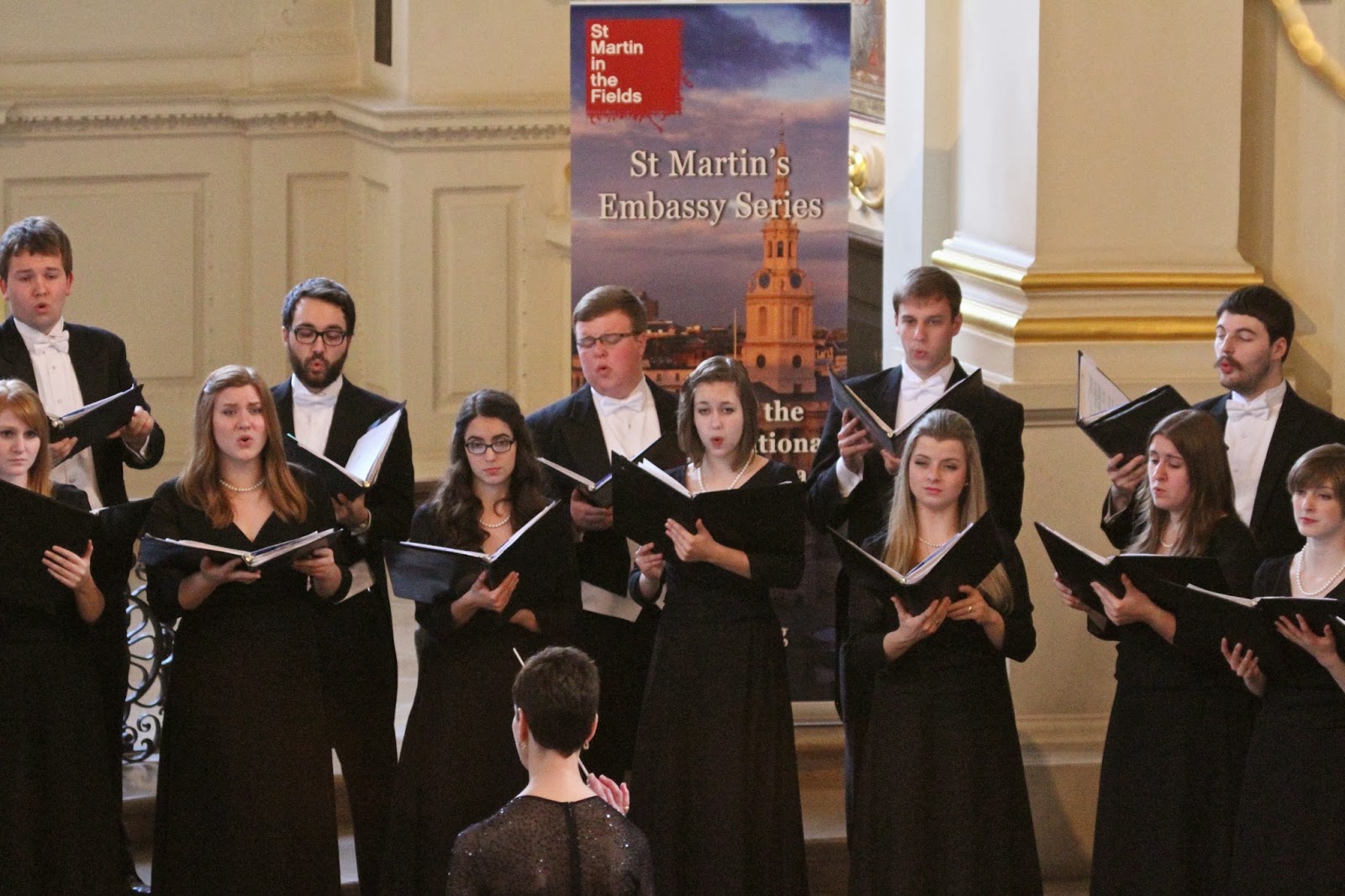 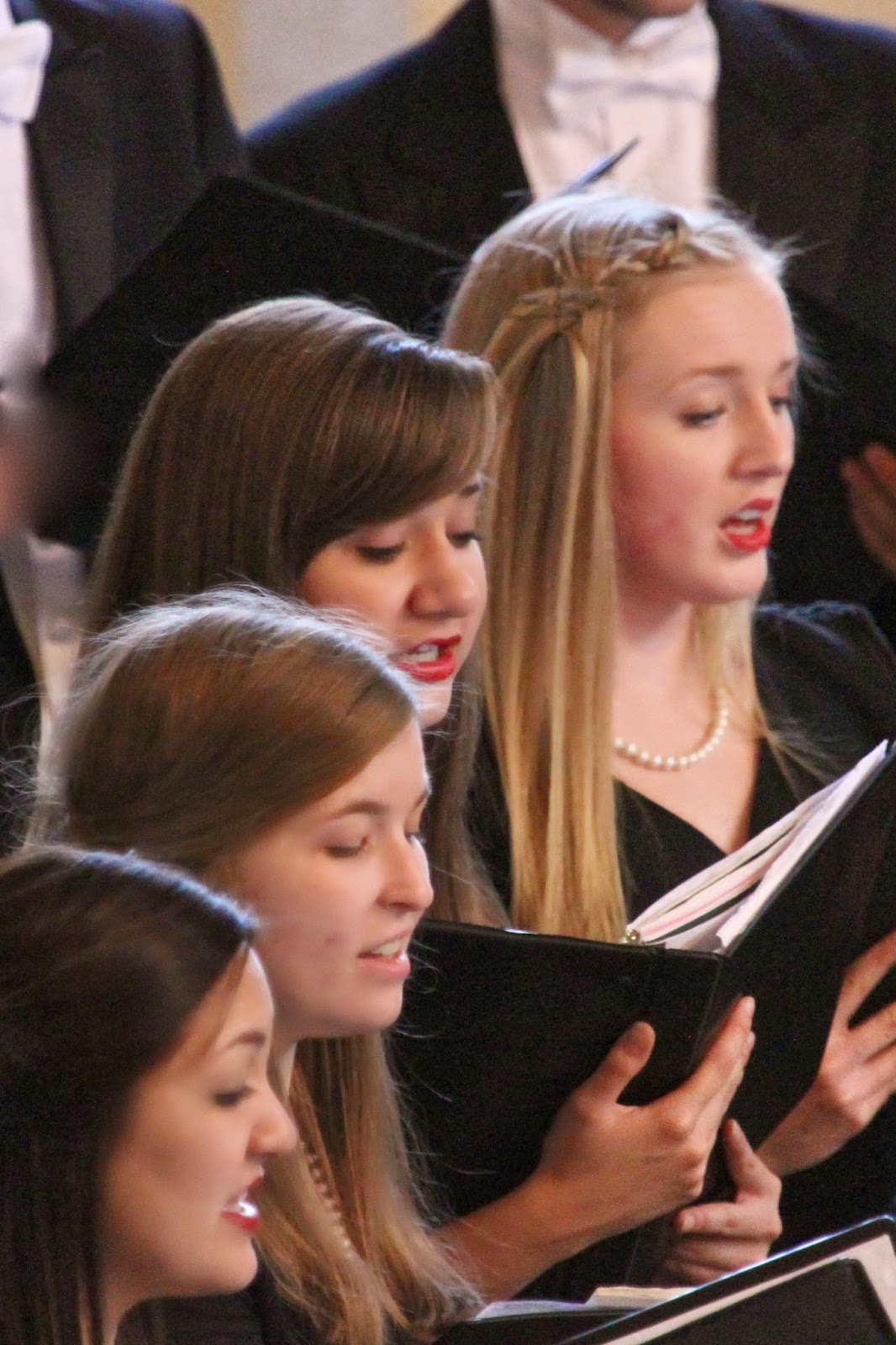 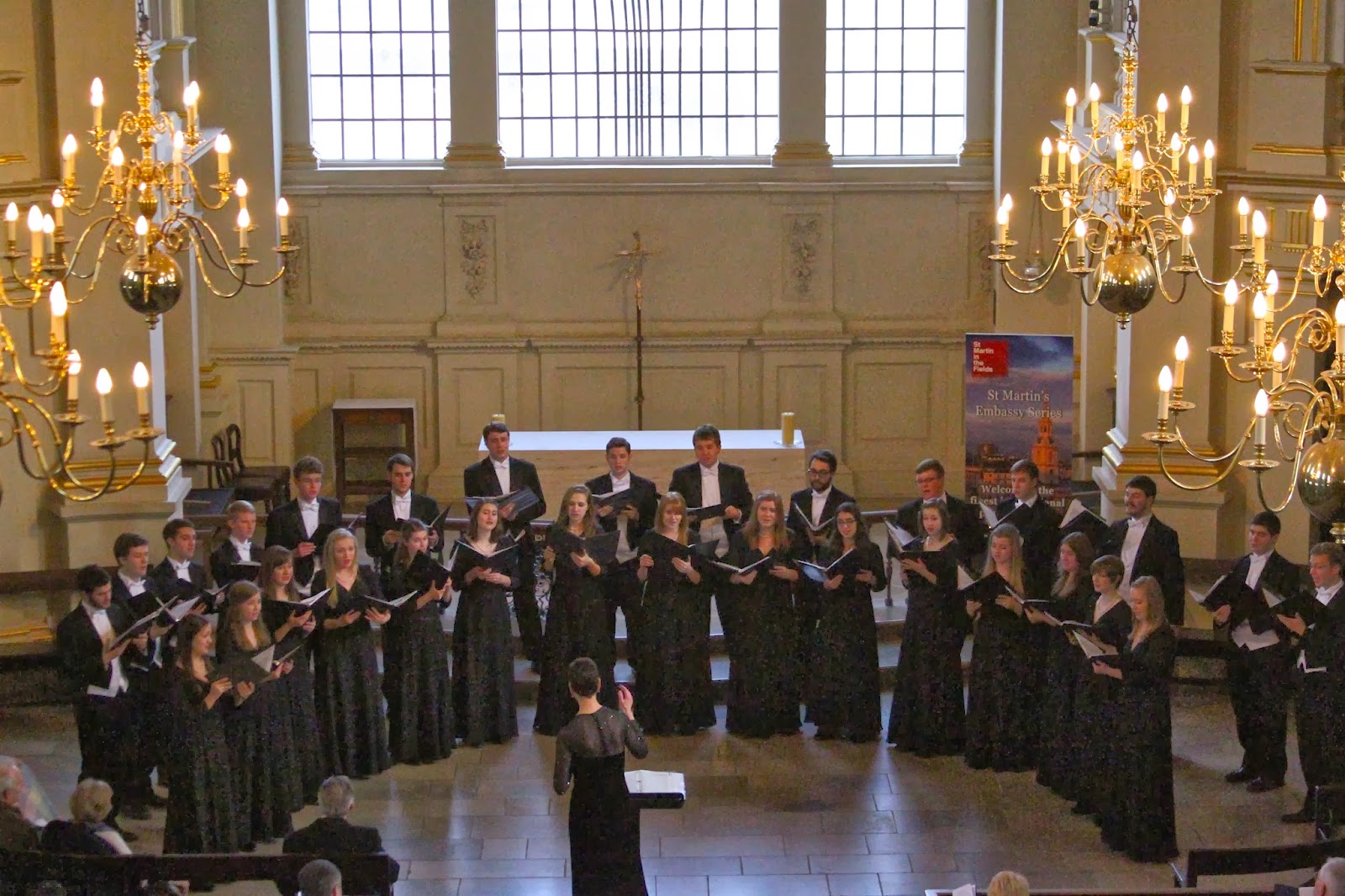 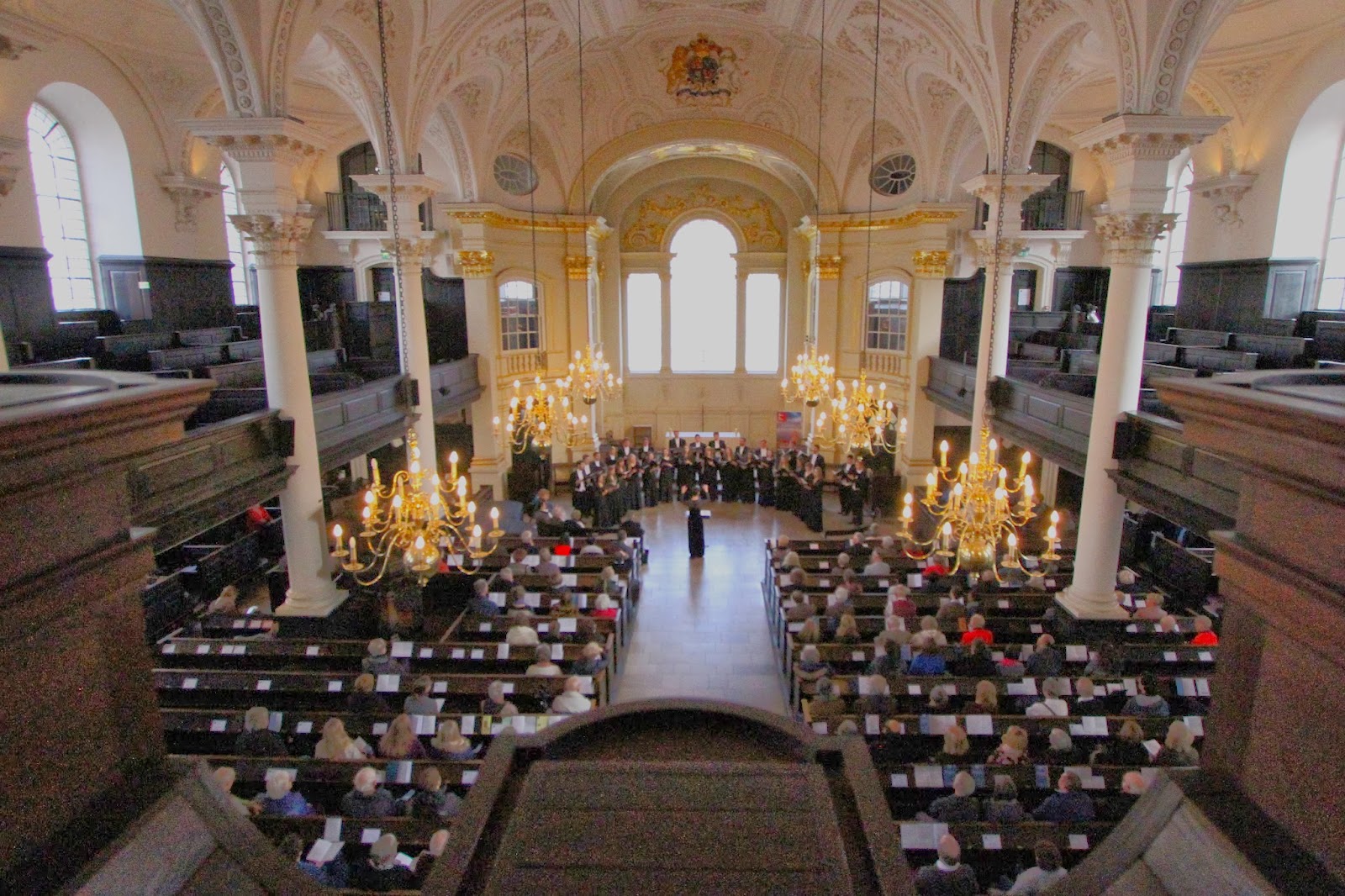 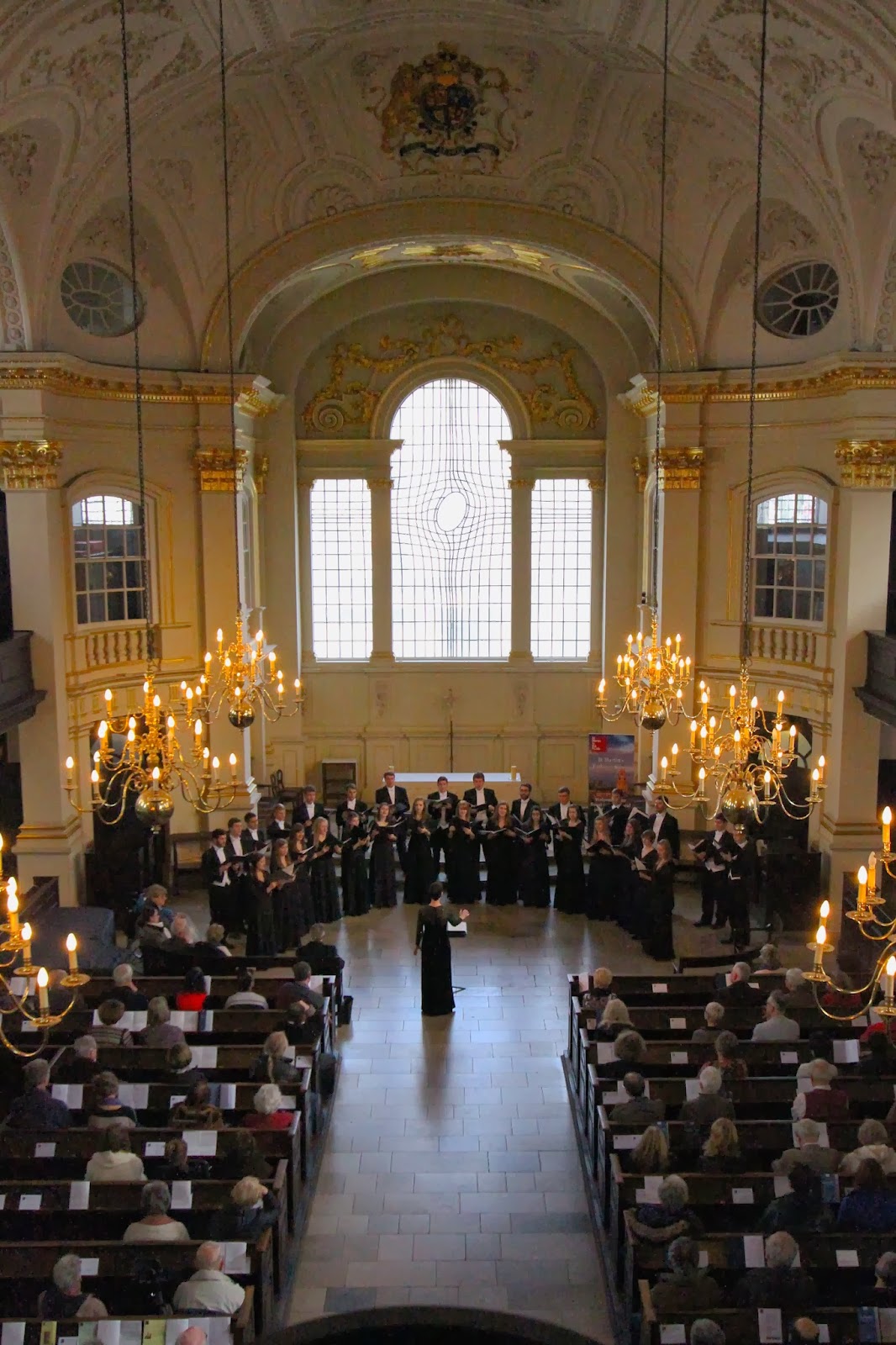 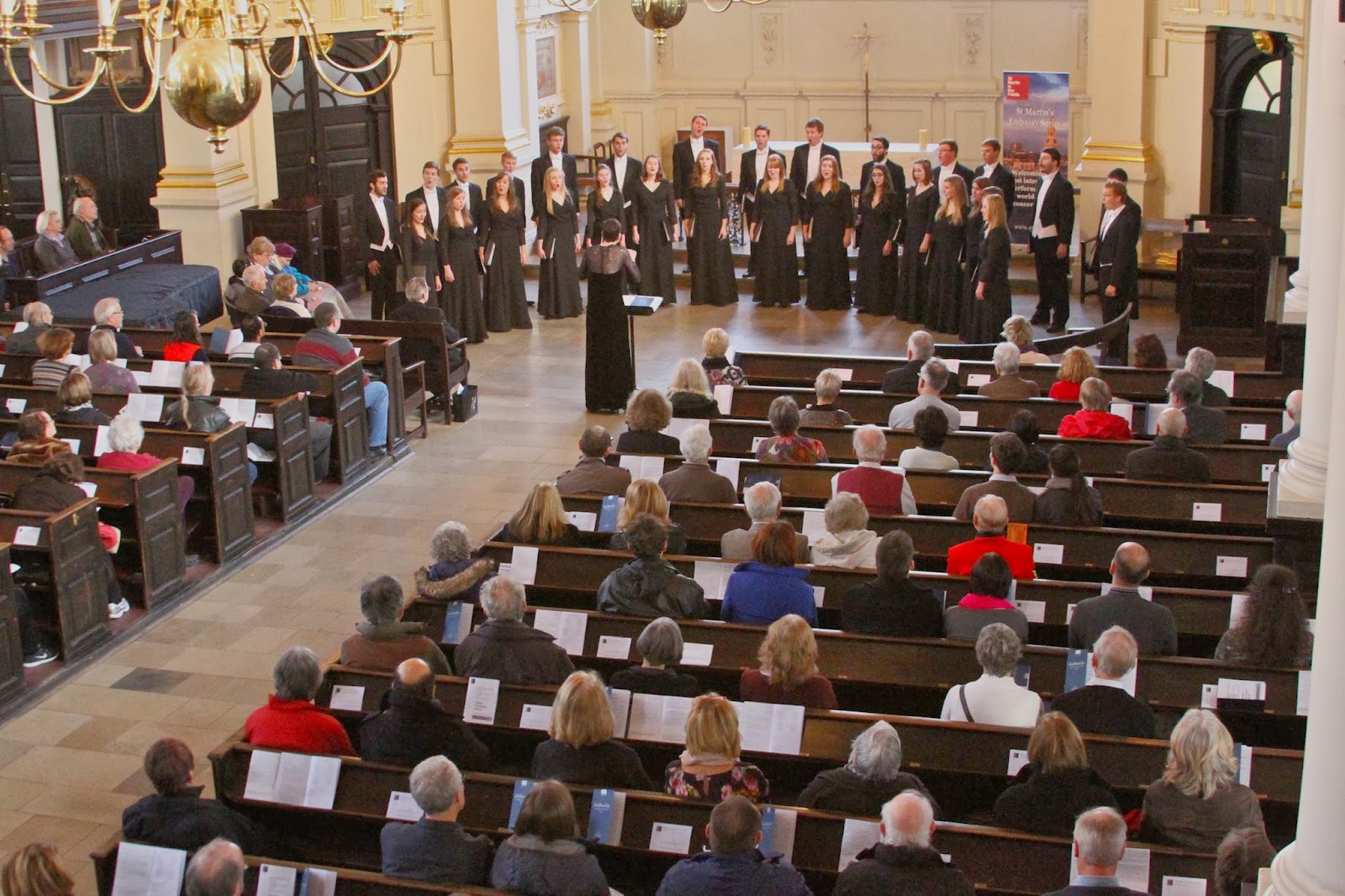 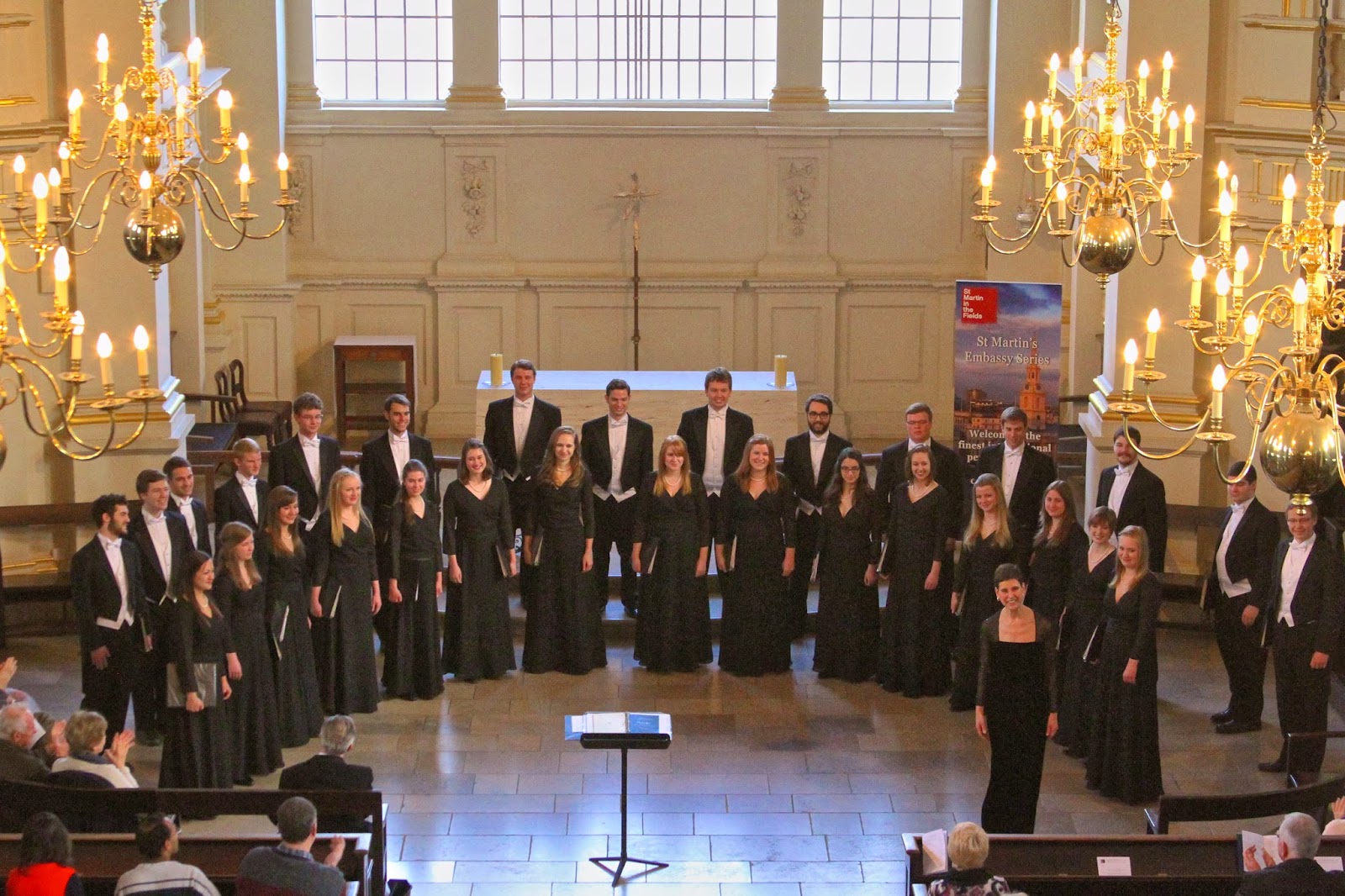 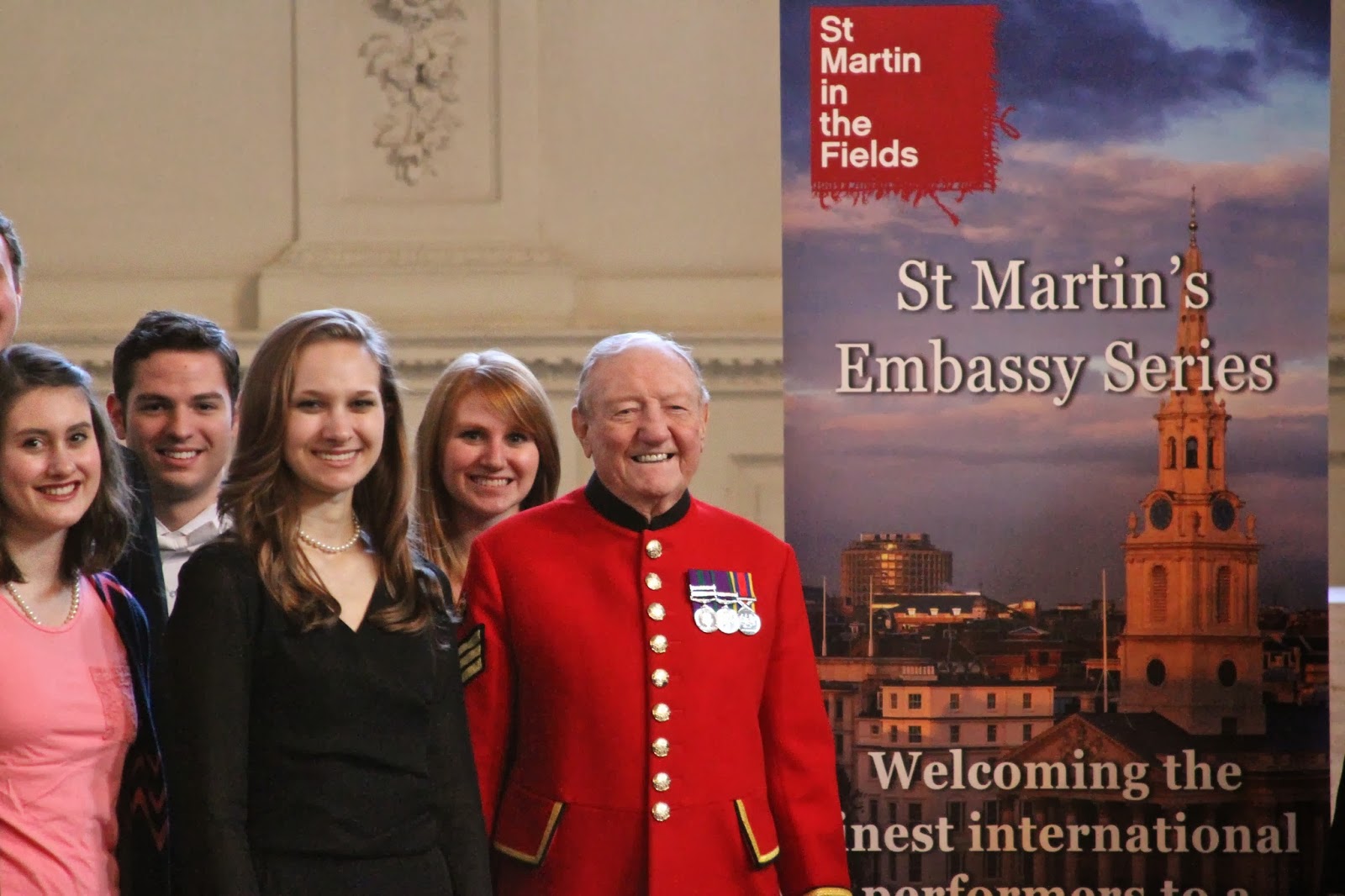 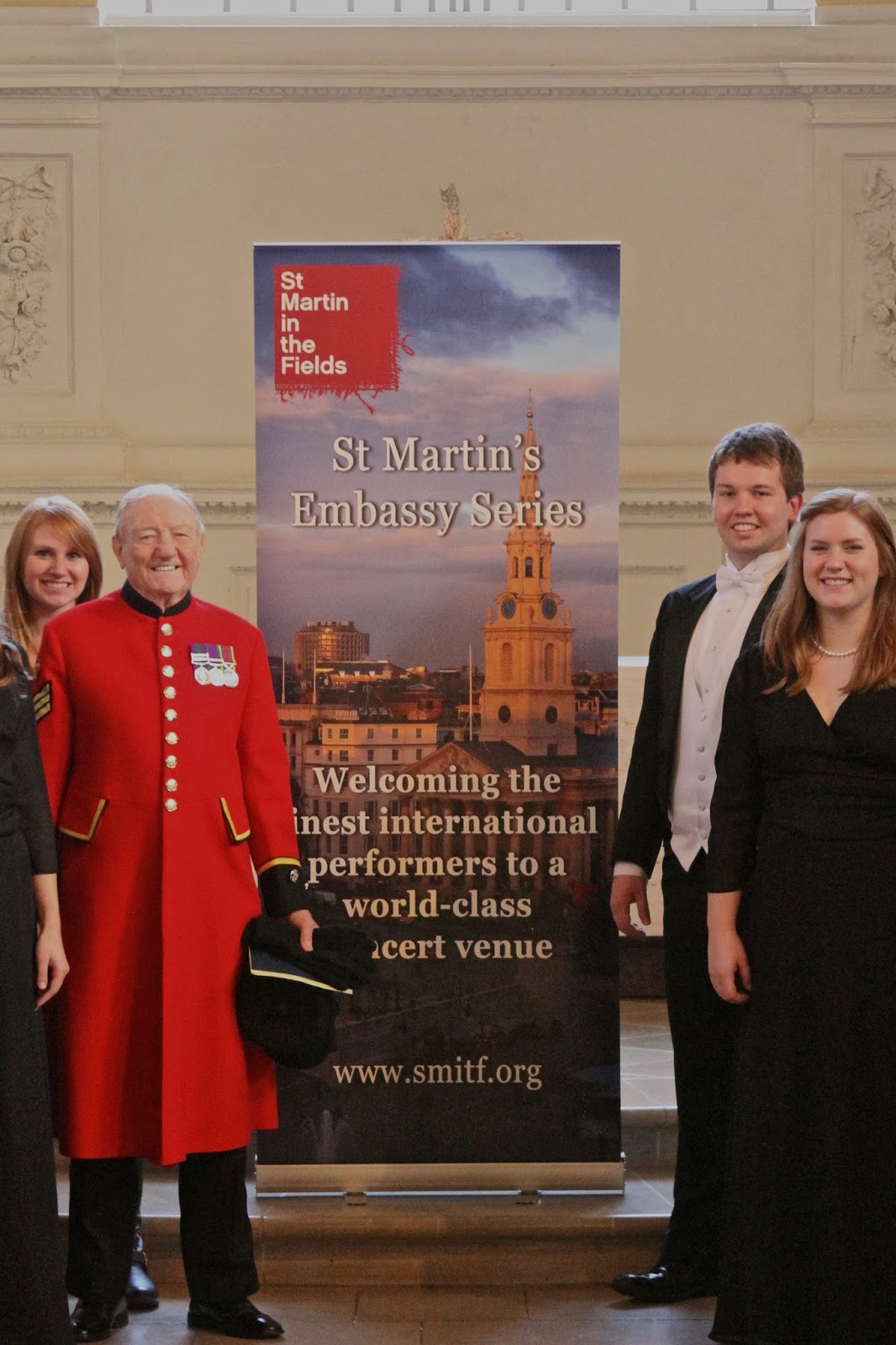