By Jenny Bjoin, sophomore soprano
Majors: Music Education and Psychology with a concentration in Behavioral Analysis of Developmental Disabilities

As we near the end of our journey, we have been reflecting on, laughing about, and enjoying the wonderful stories and incredible memories we have made together, while also adding more memories and experiences to the long list. Today was absolutely no different.

After spending nearly two days exploring the city on our own, it was nice to spend the day together and to hear about one another’s adventures. We departed at 9:00 this morning after another delicious full English breakfast at the hotel and headed by coach to Westminster Abbey. Even the drive there was full of sights, as we passed Hyde Park, the flat Dwight Eisenhower occupied during his time in London during World War II, Westminster Cathedral, and Parliament.  Upon arrival at Westminster Abbey, we were greeted by Philip Baker, the husband of our oh-so- fabulous tour guide, Anita Baker. We split up into two groups and toured the Abbey, with Anita and Phillip as our guides.

We learned that Westminster Abbey is called a royal peculiar because it is not a typical cathedral or church.  As Philip noted, “The Queen is in charge here.”  For instance, the Queen appoints the deans of the Abbey. She makes other decisions about the use of the building as well (including deciding that it would not be used in the filming of The Da Vinci Code!  The Abbey, which once was the location of a Benedictine monastery, contains a vast store of the artifacts of English history, as well as being a living symbol of its traditions, response to changing circumstances, and prayer life.   Early in our tour we viewed the coronation chair, worn and scratched with graffiti from its historic usage in the crowing of English monarchs since the fourteenth century.  Of course, Westminster Abbey has been the site of all coronations since that of William the Conqueror in 1066

Westminster also has been the site of numerous royal weddings, and I remember getting up very early one spring morning three years ago to watch the much-anticipated wedding of Prince William and Kate Middleton.  Now there I was, standing in the aisle they, and many others before them, glided down. In this same area of the cathedral sat the tomb of the unknown warrior, lined with red flowers and the warrior’s Congressional Medal of Honor, given by the United States, mounted on a wall nearby.

Westminster Abbey contains the graves of many kings and queens of England, a number of which we were able to see today. Particularly meaningful to Chamber Choir members was that of Elizabeth I, since our madrigal dinners are situated in the Elizabethan era and we learn much about that time period and of Elizabeth’s outlook on life and priorities during her reign.  Westminster also contains graves of and memorials to numerous well-known people of the past, located in special areas of the Abbey.  These  include Poets Corner, Scientists Corner, and Musicians Aisle.  Those featured in Poets Corner include Charles Dickens, Geoffrey Chaucer, and W.H. Auden, the writer of the poem Dr. Dougherty set for This Lunar Beauty, one of the pieces in our tour repertoire. The Scientists Corner includes Isaac Newton and Charles Darwin, and the musicians commemorated or buried there include Handel, Purcell, and Vaughan Williams, among others, which left many of us in awe. The significance of every small detail and the history of the place is overwhelming, but also extremely cool and moving. You could spend a whole day there but still not notice each detail.

After touring Westminster Abbey, we headed to St. Paul’s Cathedral, one of the places I was looking most forward to visiting.  During the short drive, we were able to get some spectacular views of Parliament, Big Ben, the London Eye, and the Treasury.  On arrival, we filed off and walked right into an incredible tour of the cathedral. My jaw actually dropped the second I walked upstairs into the sanctuary space where we would later be singing. The walls and ceiling were adorned with gold with small accents of blue, red, and green. Paintings and sparkling mosaics covered every inch the eye could see, each having a significance and story of their own. But most beautiful of all was the giant dome positioned near the center of the ceiling, the second largest cathedral dome in the world. Staring upwards at it, you could see the light shining throughout the cathedral, reflecting on each mosaic, and creating tiny shadows over the people who had climbed all the way to the top and who were able to view both Cathedral visitors and the skyline of London from that vantage point.

After the tour, we had a bit of time to grab a quick lunch at one of the cafés in the area and then went straight into a rehearsal for our singing of the evensong service. After rehearsing on our own, as well as having an in-depth discussion about aspects of our tour and specific performances, we had a few minutes to sit in the cathedral upstairs to take in the beauty before an hour-long rehearsal with the organ scholar of St. Paul’s.  Before we knew it, it was 5:00 pm and time to step out and sing our second and last evensong service of the tour.  Singing in this extraordinary place was a huge honor and a great delight! The space was extremely resonant, creating over a nine-second reverberation, and I especially enjoyed being able to look across the choir area at my friends as we sang together, not only for ourselves as individuals and a choir,  but especially for the people who had come to experience St. Paul’s.   There’s something to be said for being a part of a centuries-long line of people who have participated in that service and tradition in that place.  Knowing that Handel and Mendelssohn had made music in that space, along with countless nameless musicians, united us with all those who came before us. The experience was incredibly satisfying, and certainly one of those once-in-a-lifetime opportunities that will remain a lifelong memory.

We were free in the evening, so Amanda Lauritsen, Tanner Smith, and I met up with a friend from Drake University who is currently studying in London.  He attended evensong, so we proceeded to dinner to catch up. We walked to Covent Garden, enjoyed some hamburgers, and had a leisurely walk around Leicester Square to see the lights, fountains (yes, there’s fountains still going in January--that would never happen in Iowa!)and monuments, and to check out St. Martin-in-the-Fields, where we will be singing tomorrow afternoon.  It was wonderful to spend time with a Drake friend now far away from Des Moines, and a beautiful reminder that the world is small and interconnected and that it’s important to enjoy the beauty and company surrounding us.

PLEASE NOTE  THAT THE PHOTOS RELATED TO THE ST. PAUL'S CATHEDRAL PERFORMANCE ARE ON THE NEXT BLOG POST. 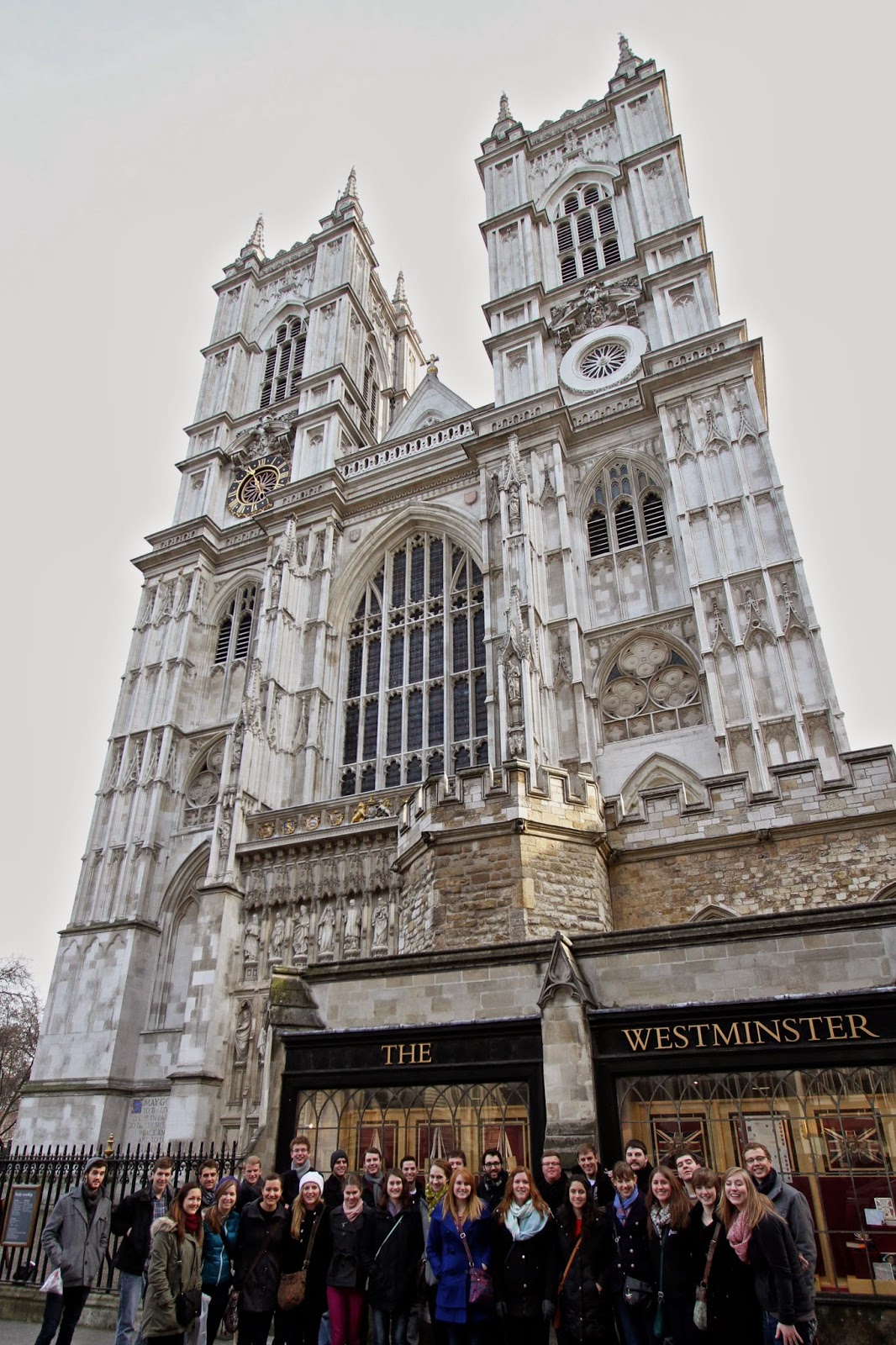 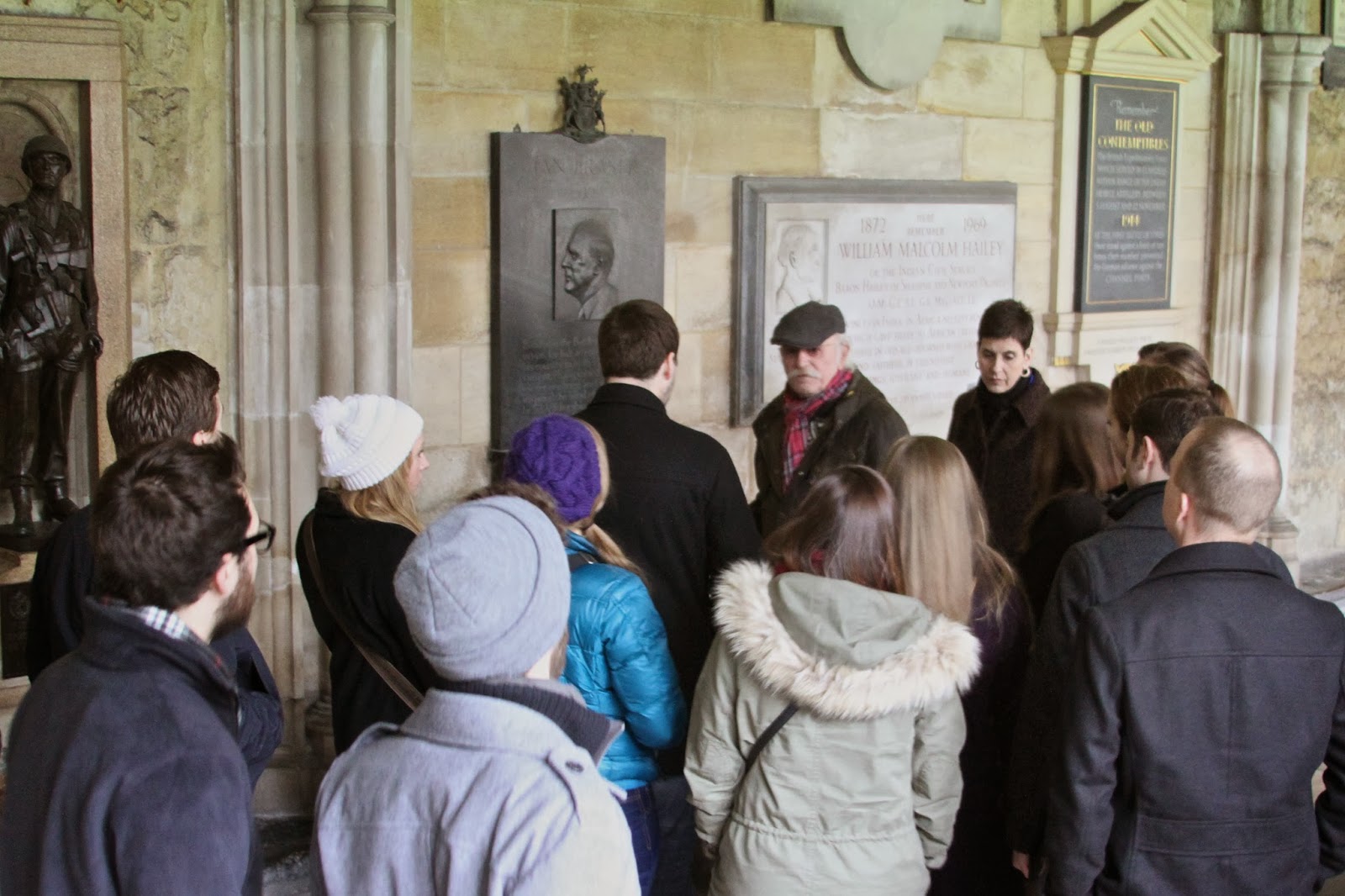 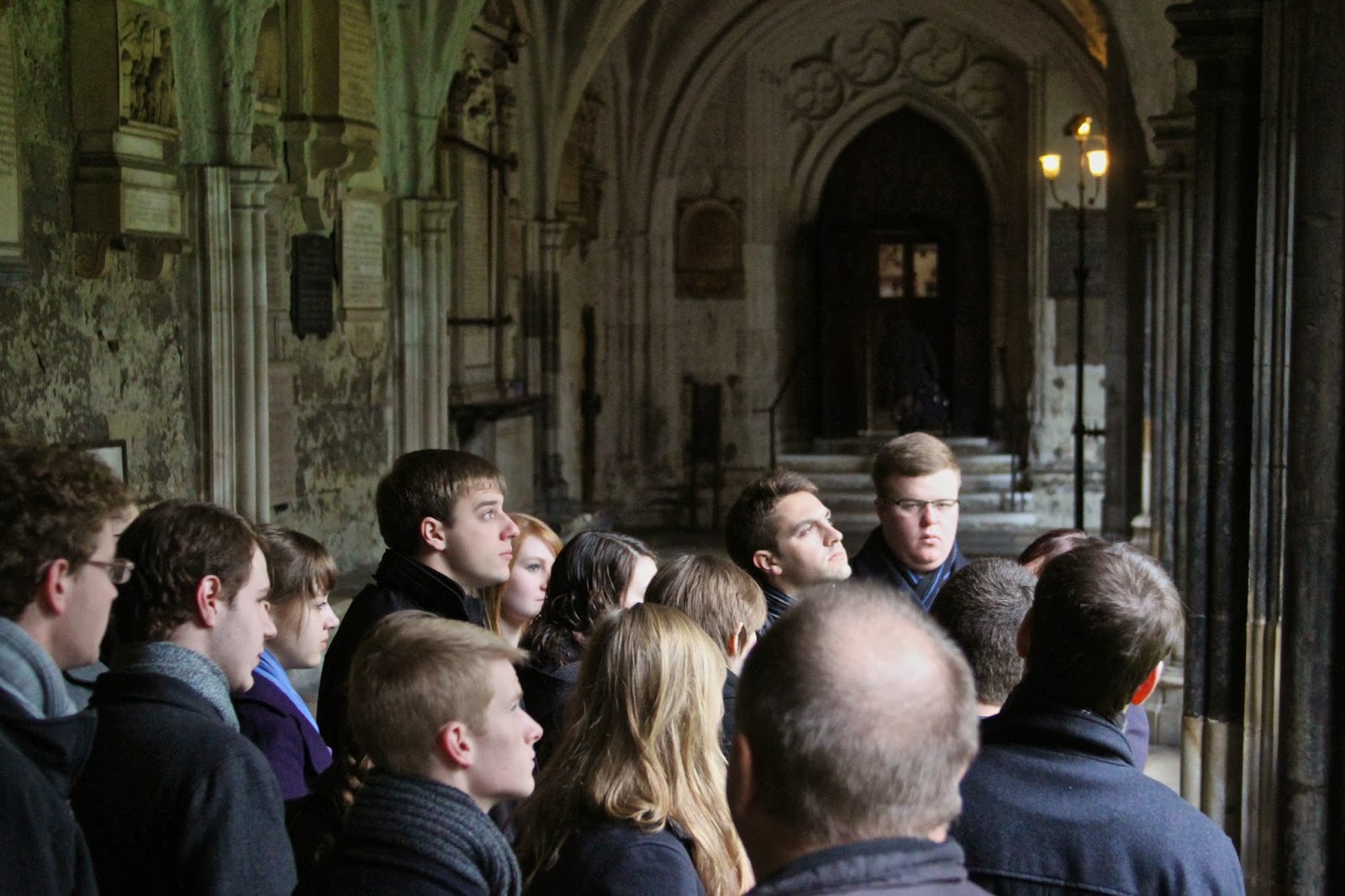 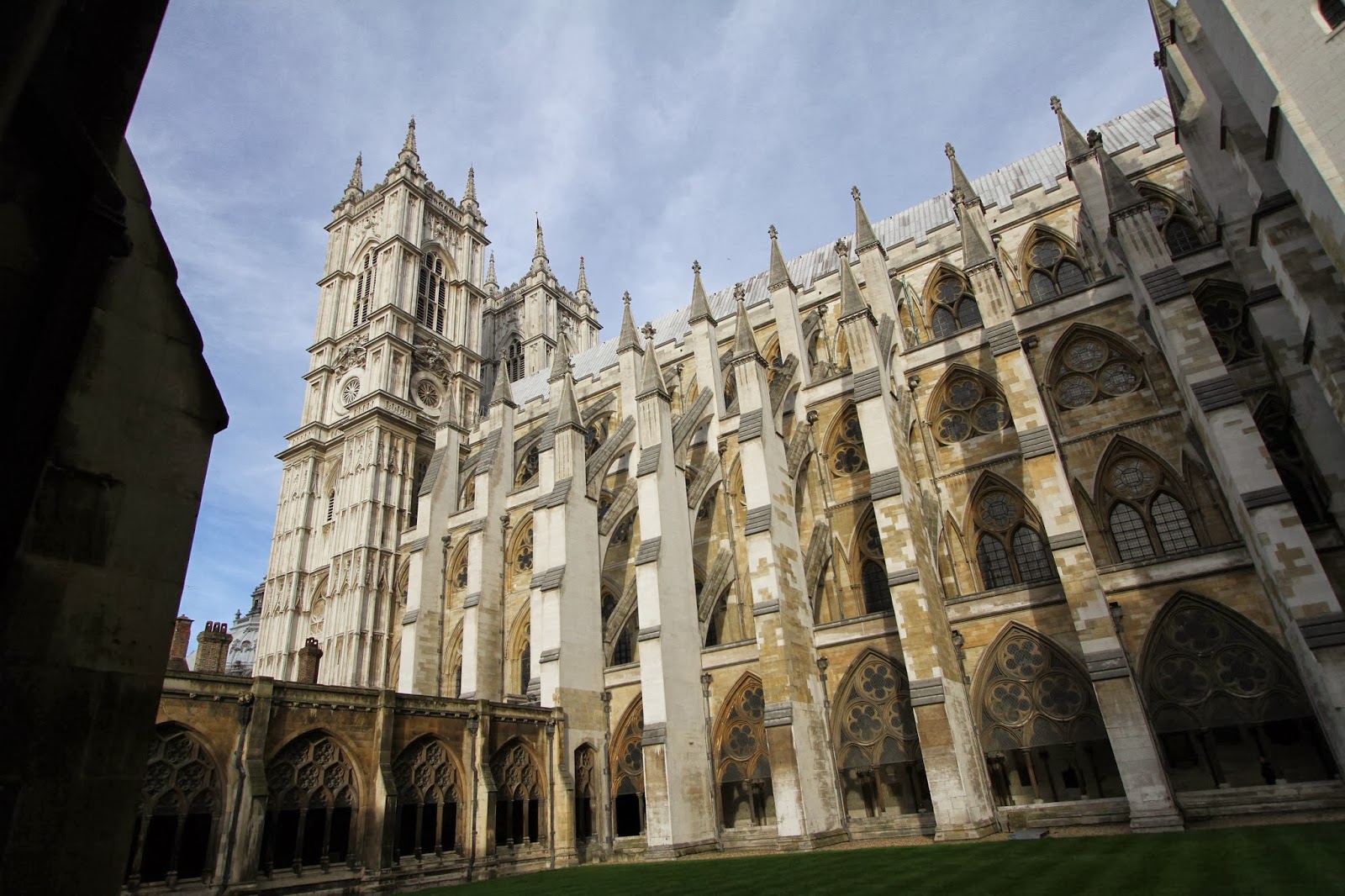 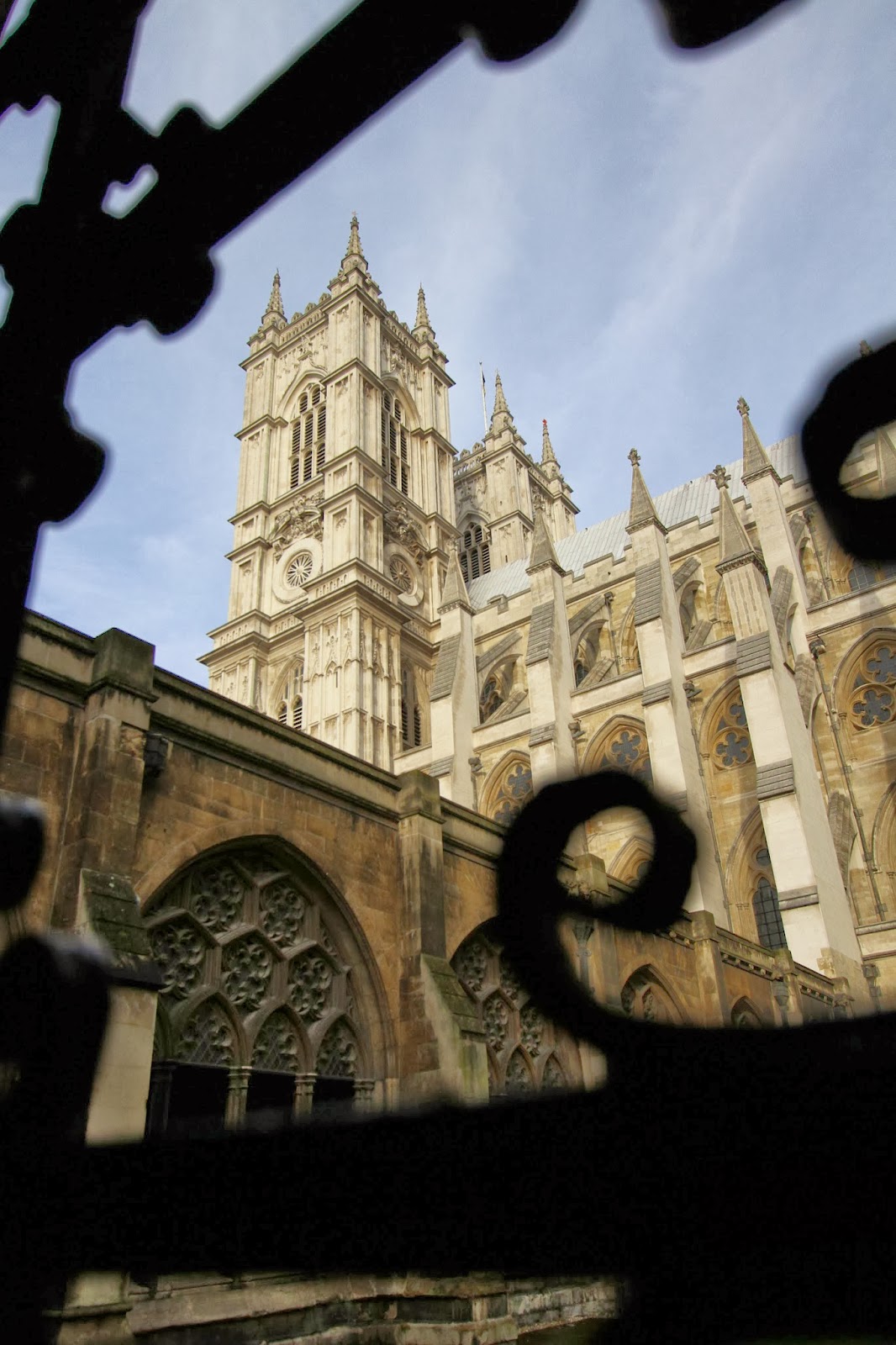 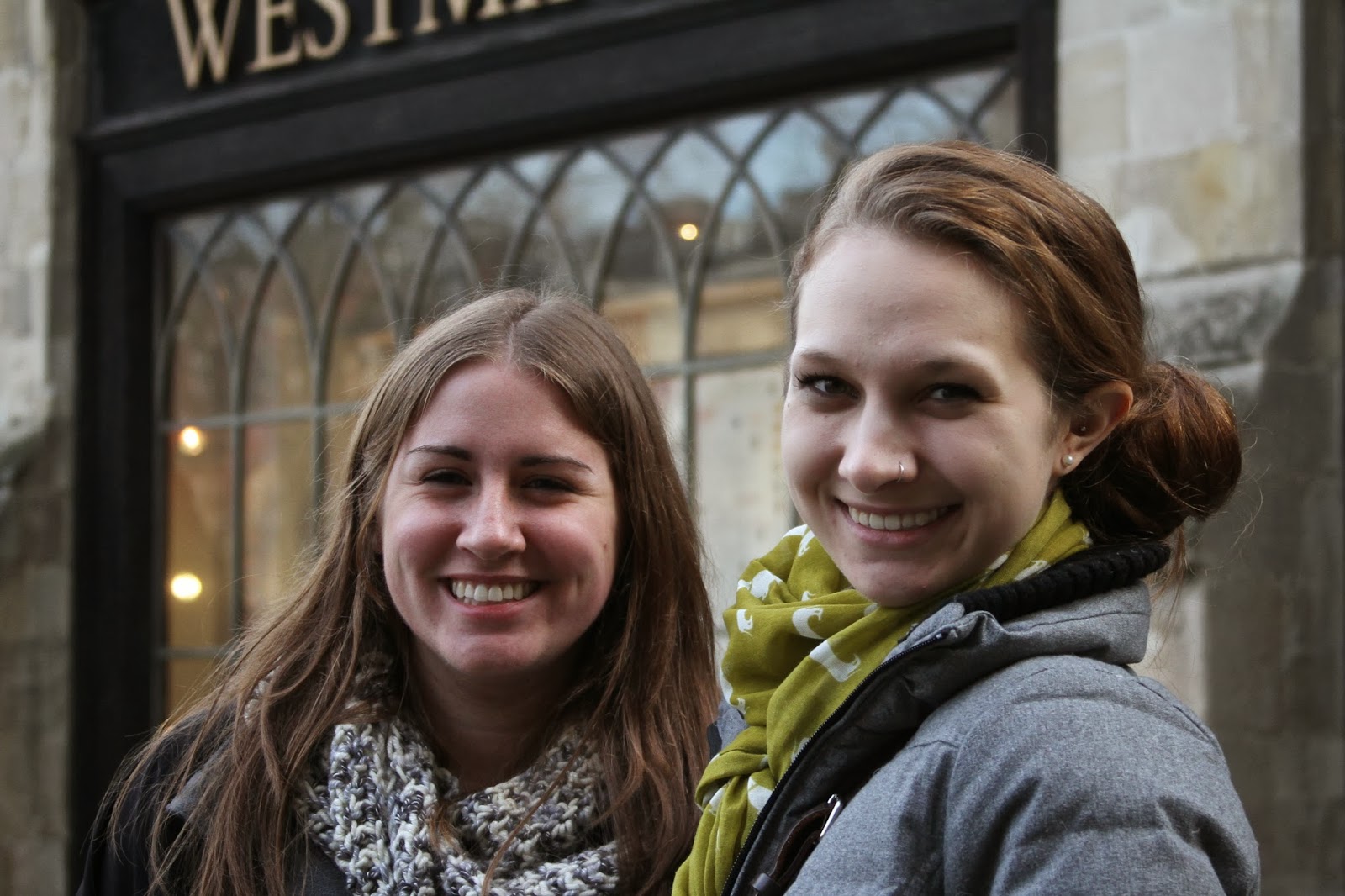 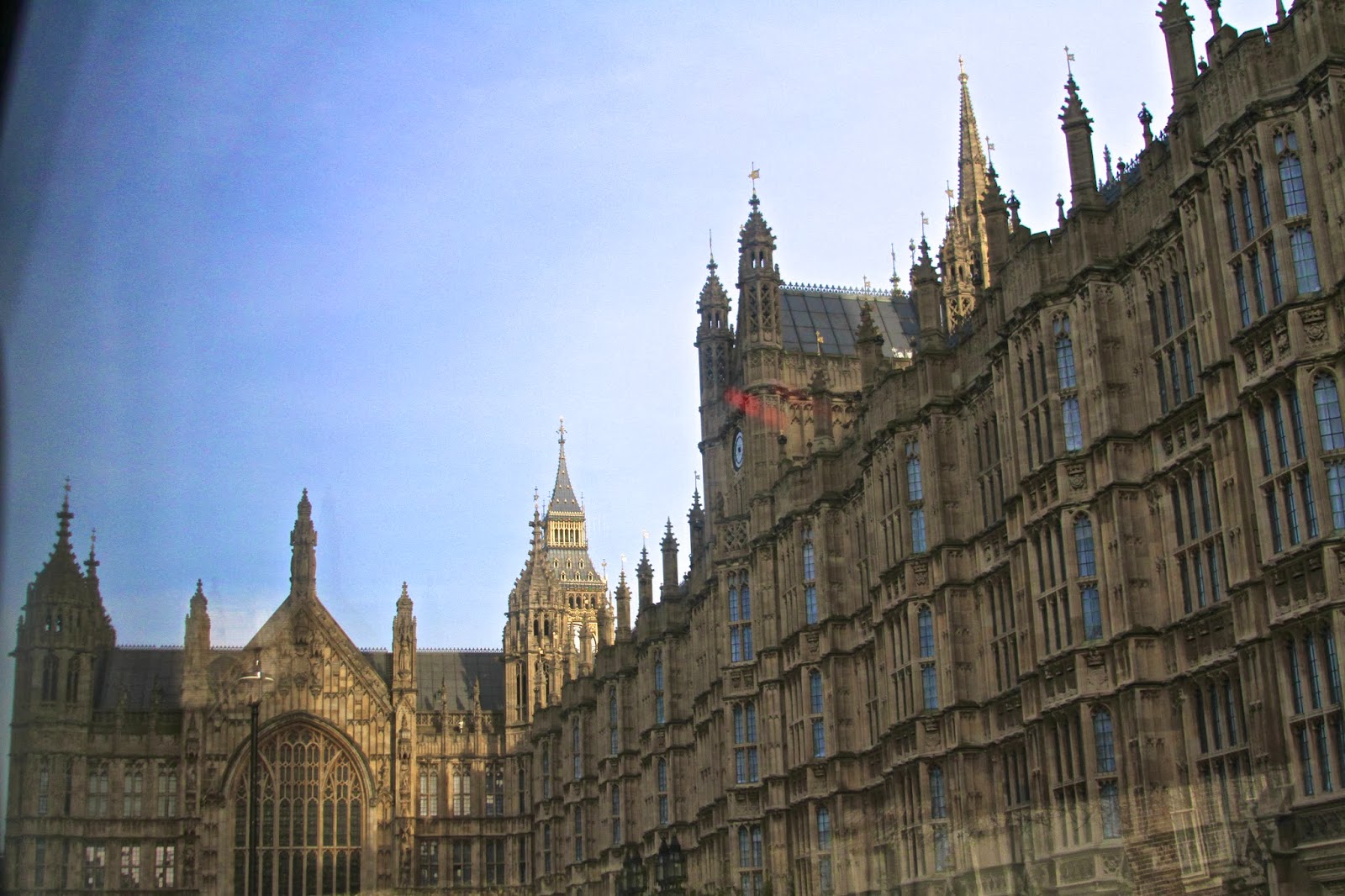 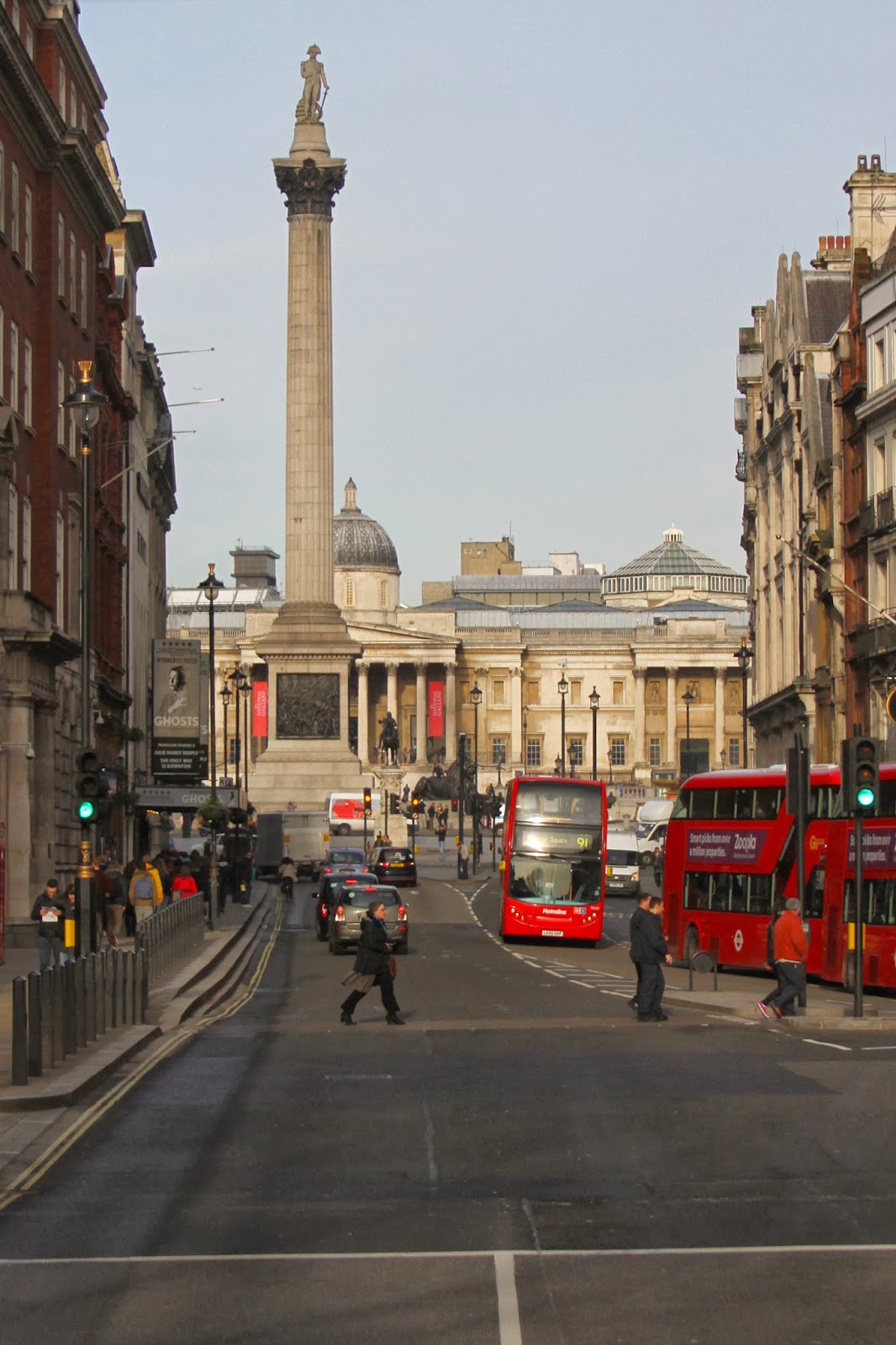 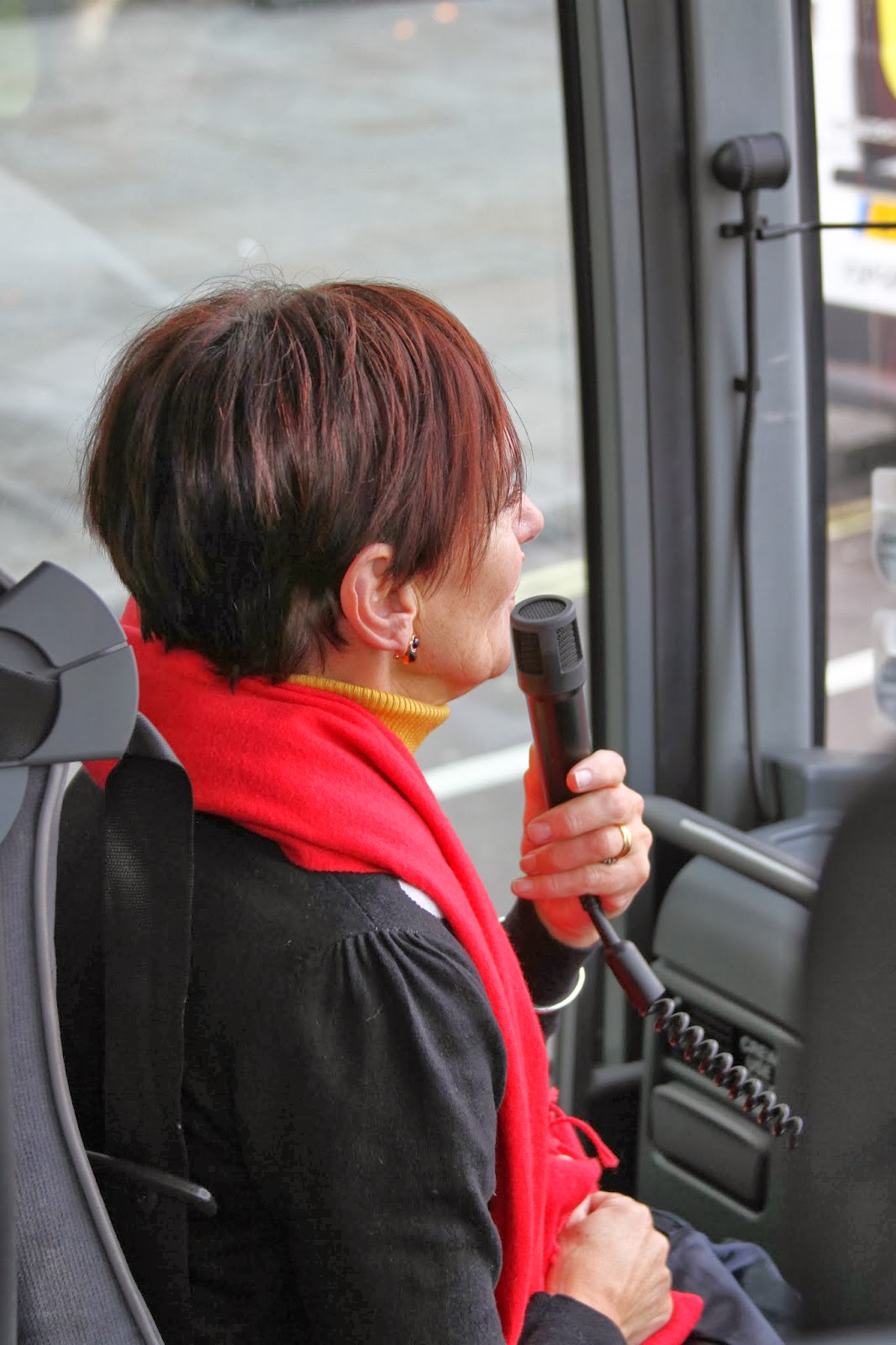 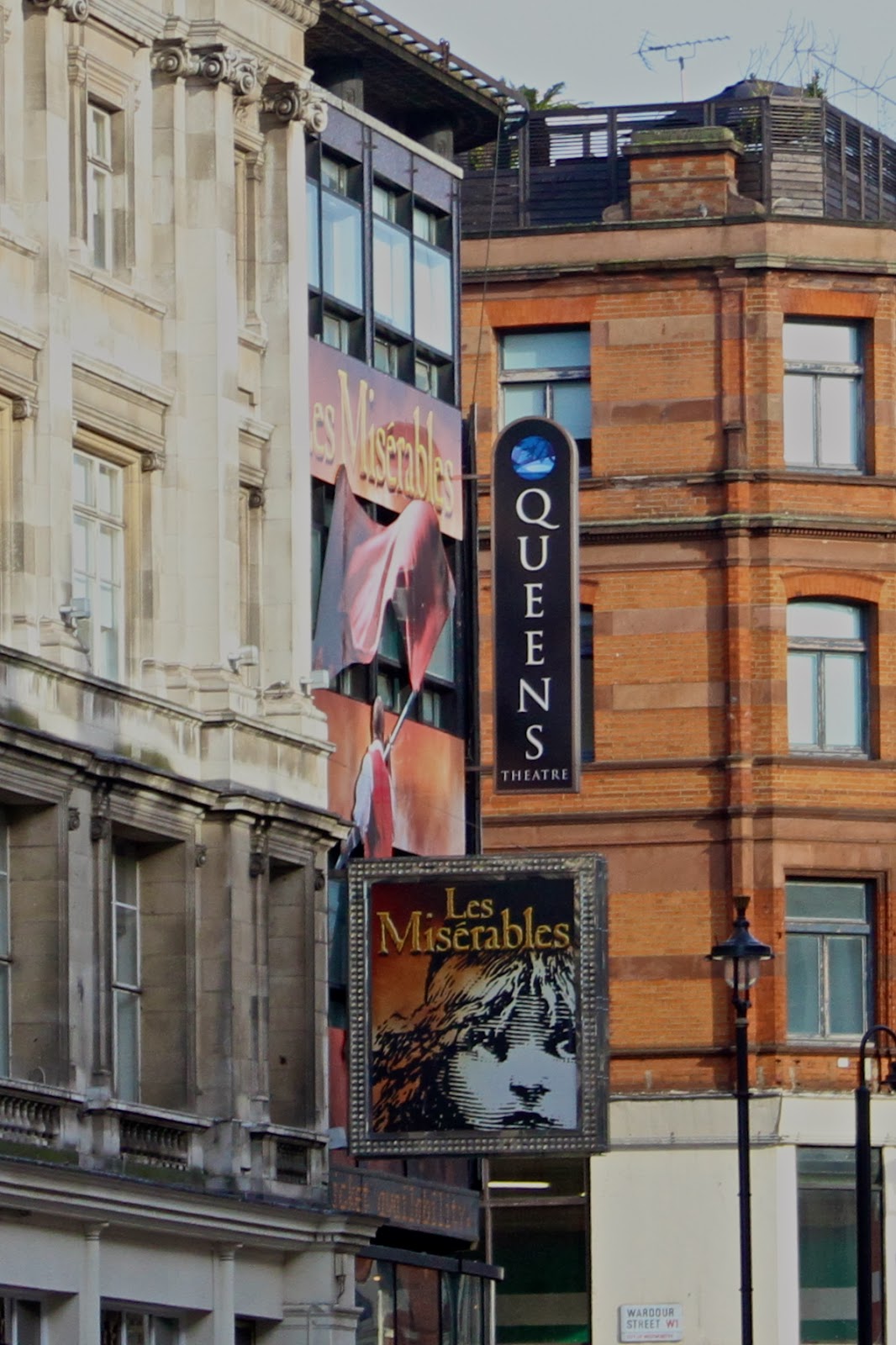