It’s so hard to believe that, just a week ago, the Drake Chamber Choir was leaving Des Moines to cross the pond. Many great things have happened in that time, and I’m certain they will continue for the next four days in London.

After doing two hugely successful concerts yesterday, today seemed like a piece of cake. The choir had a bit of a “lie in” this morning before we had to depart for a tour of King’s College Chapel at Cambridge University. The chapel is quite a sight to behold; it has a truly commanding presence about it, as it rises high above the surrounding buildings. Inside, we were mesmerized by the exquisite stained glass and the magnificent fan vaulting on the ceiling – perhaps the best example of this gorgeous architectural feature in all of England. To top it off, we were lucky enough to hear the organ’s sound ring throughout the vast space. The windows are also fantastic and, unusually, were not smashed out during Henry VIII’s time, as were so many during that period or while Cromwell and his forces held the country. 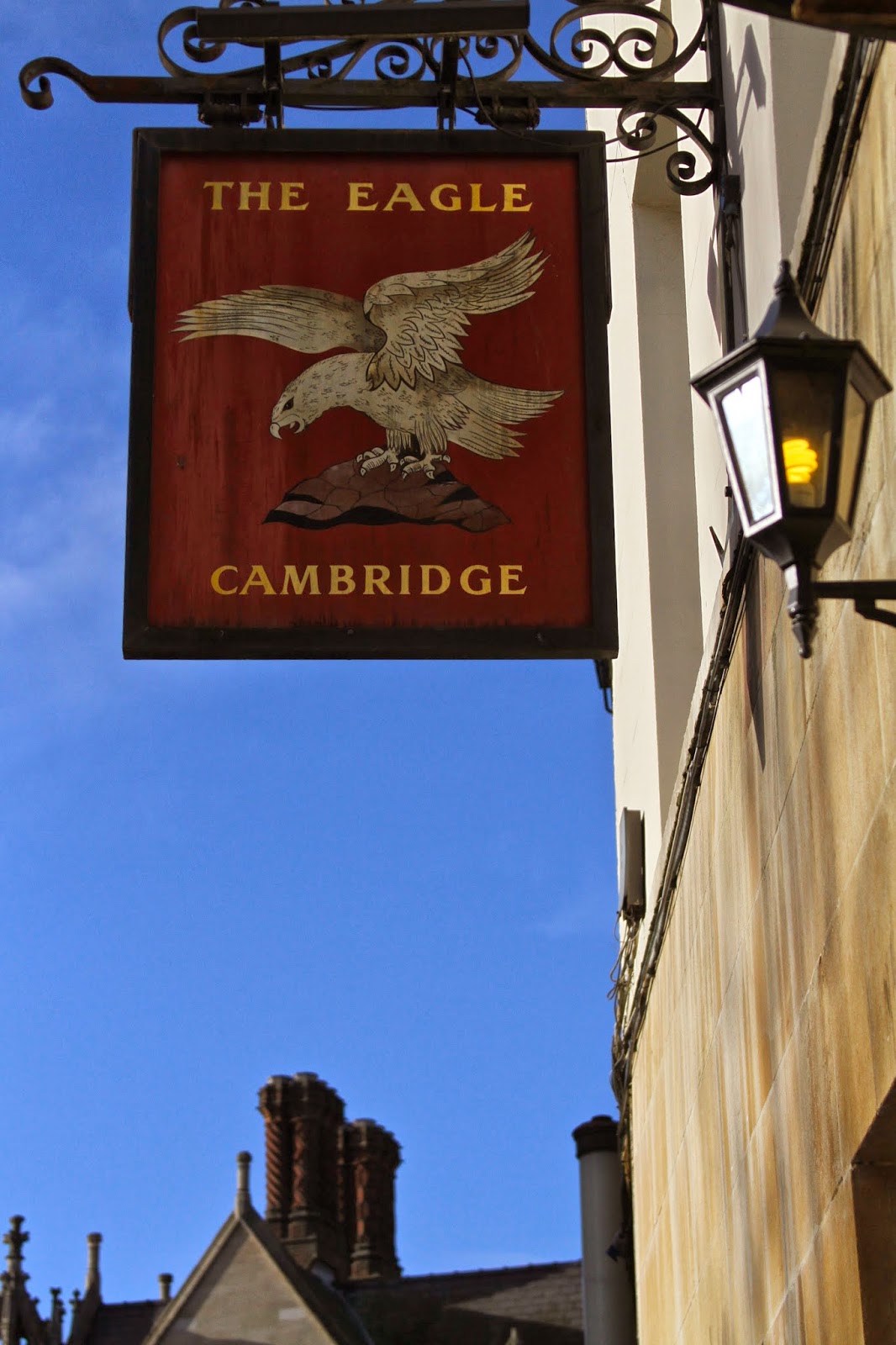 A tour of Cambridge... 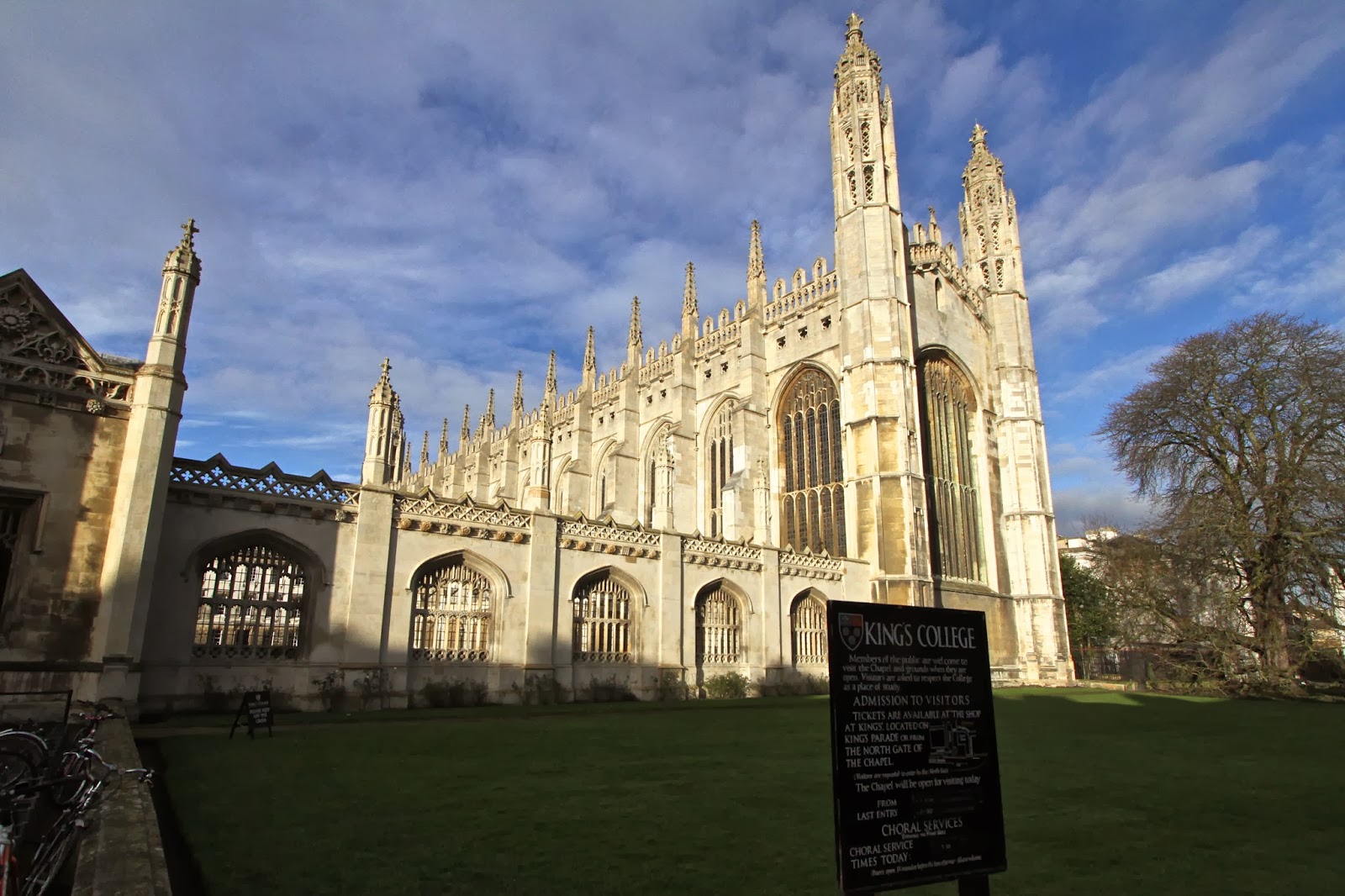 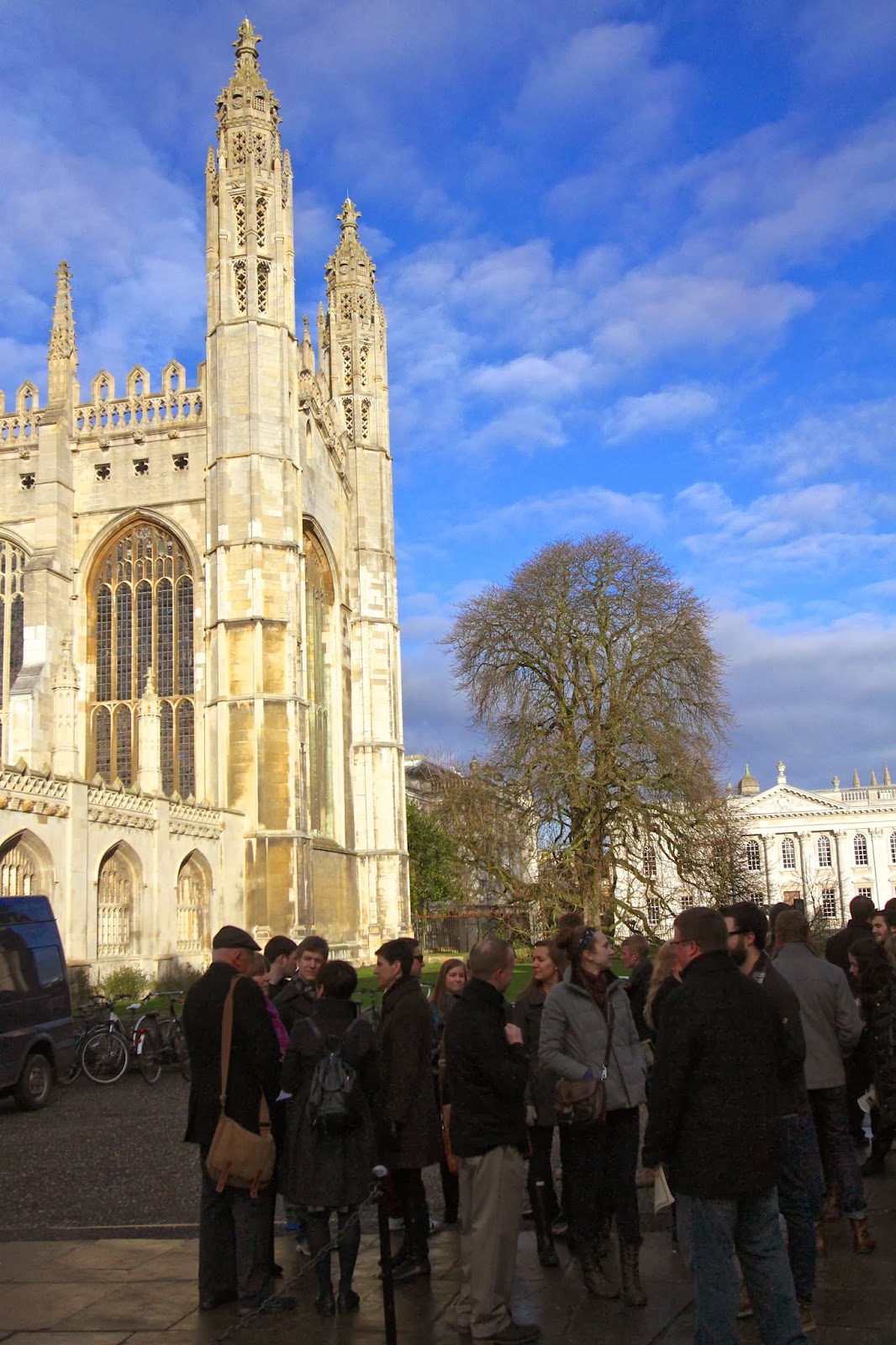 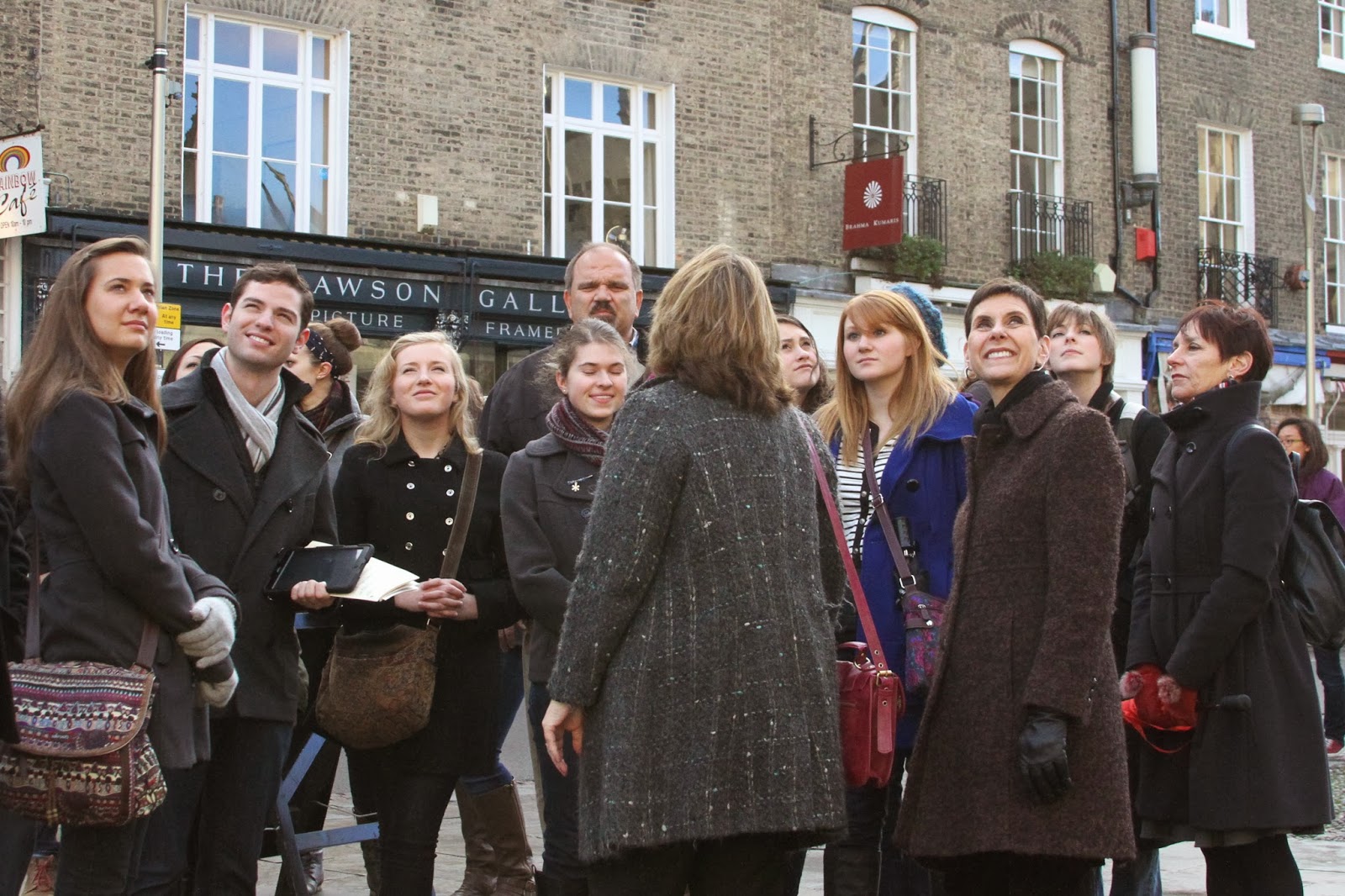 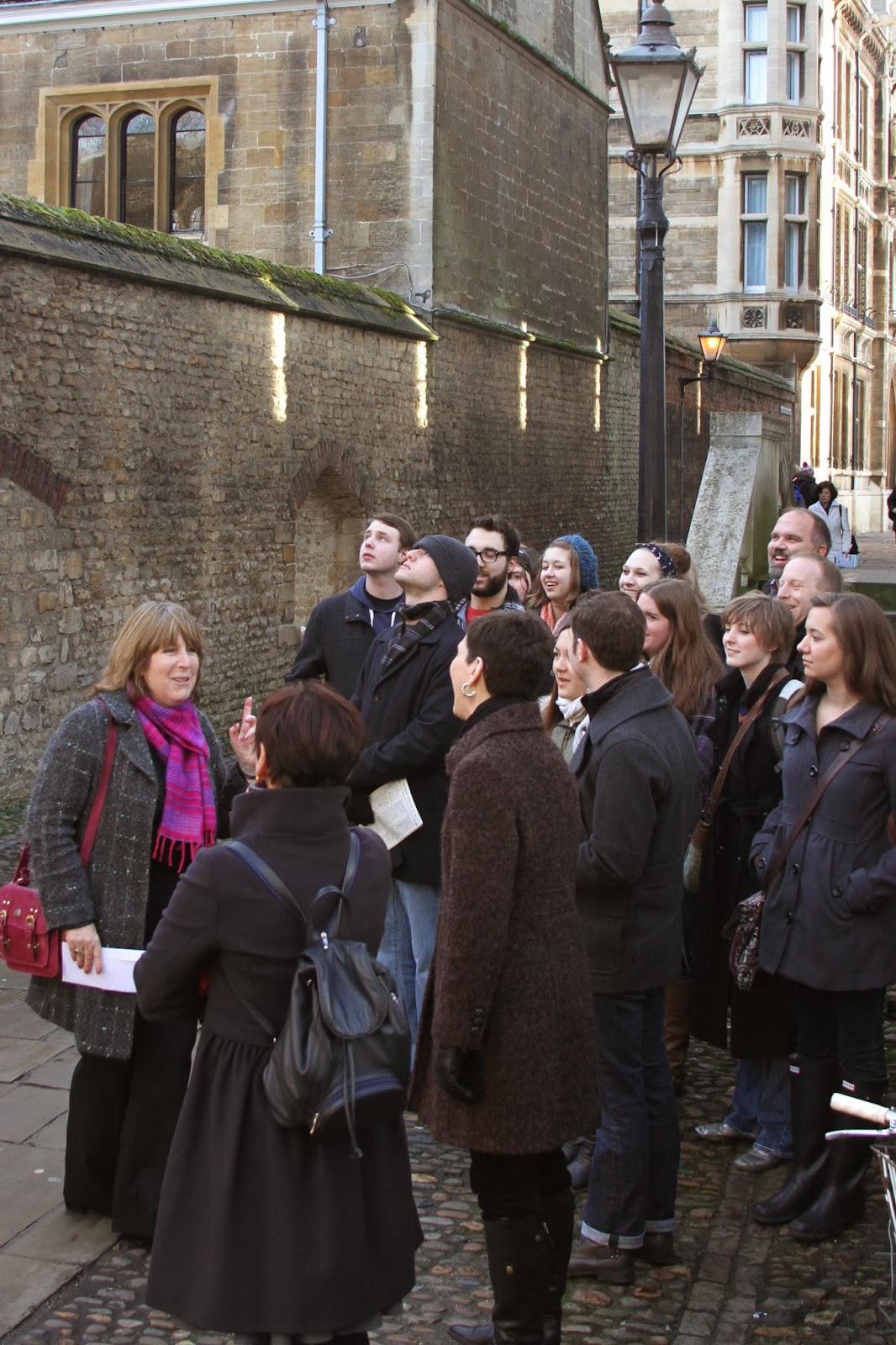 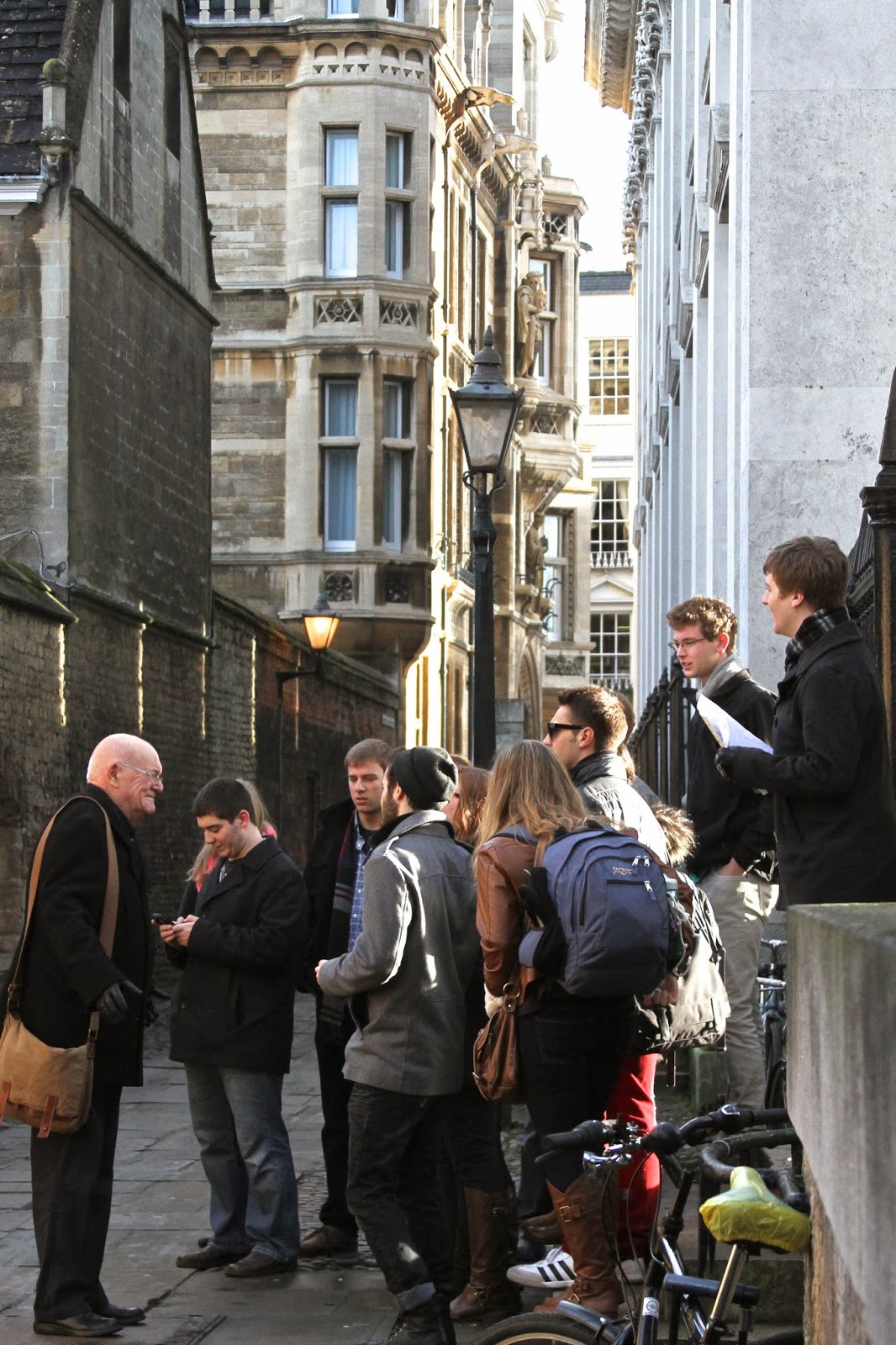 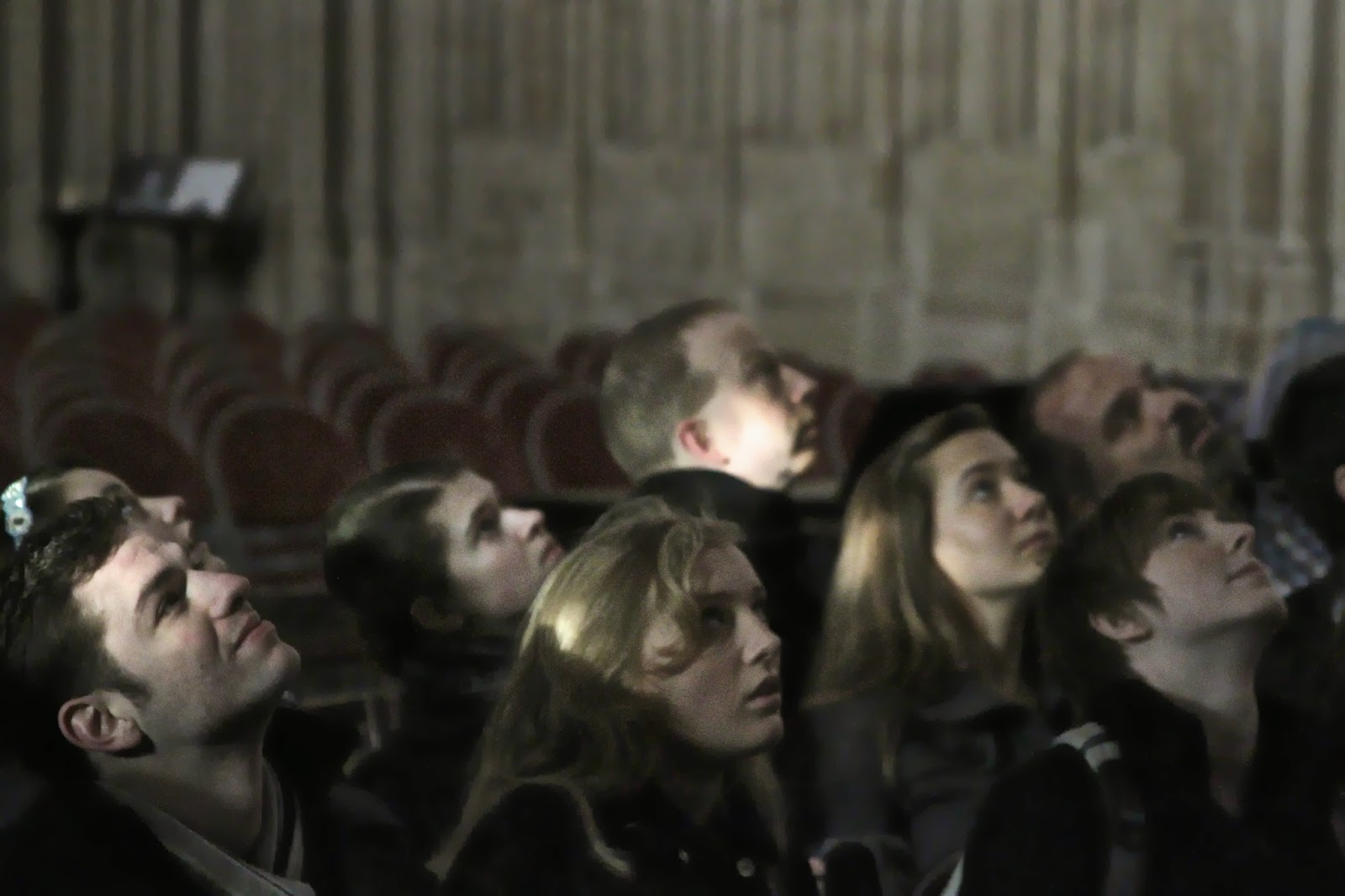 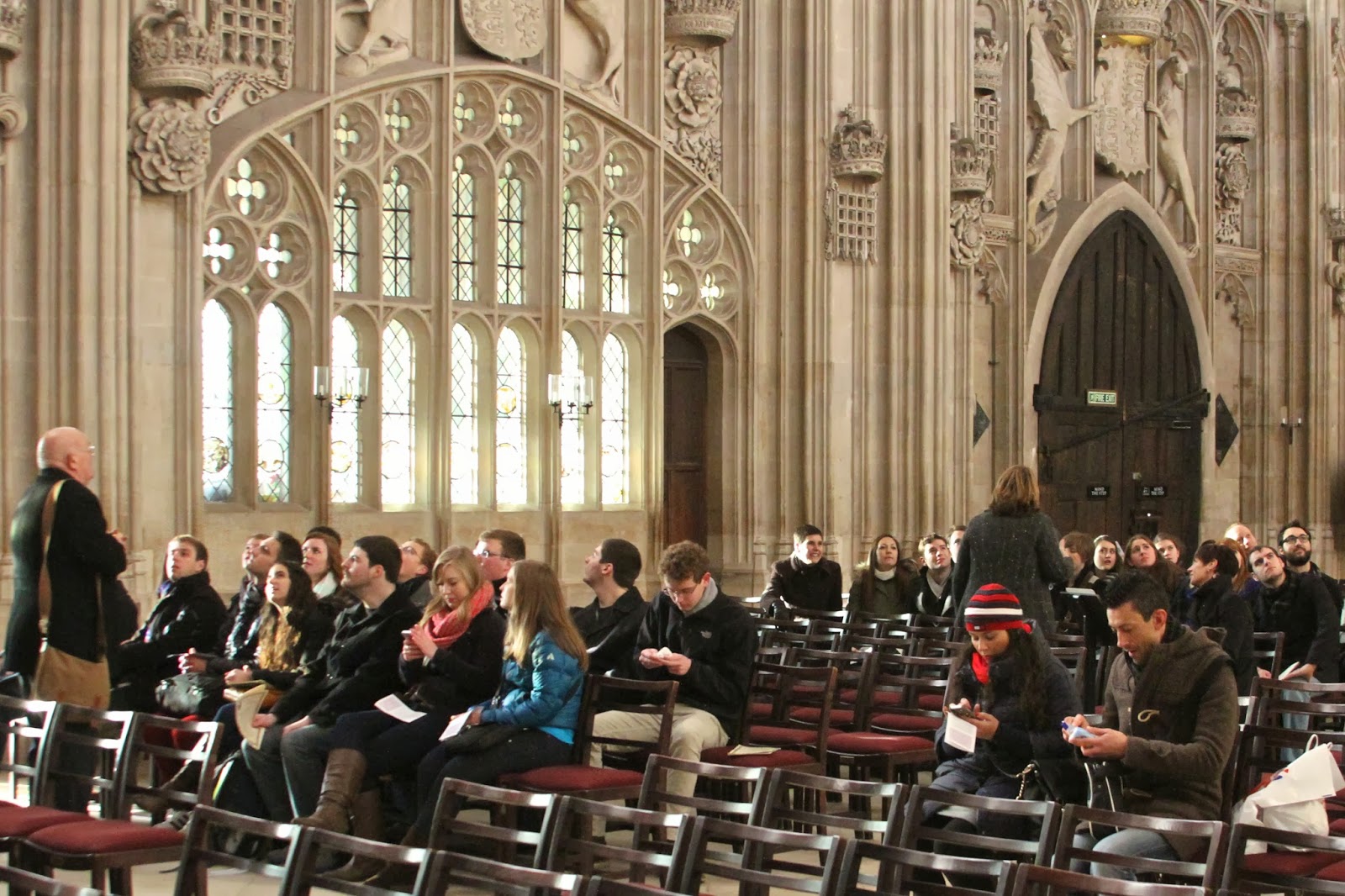 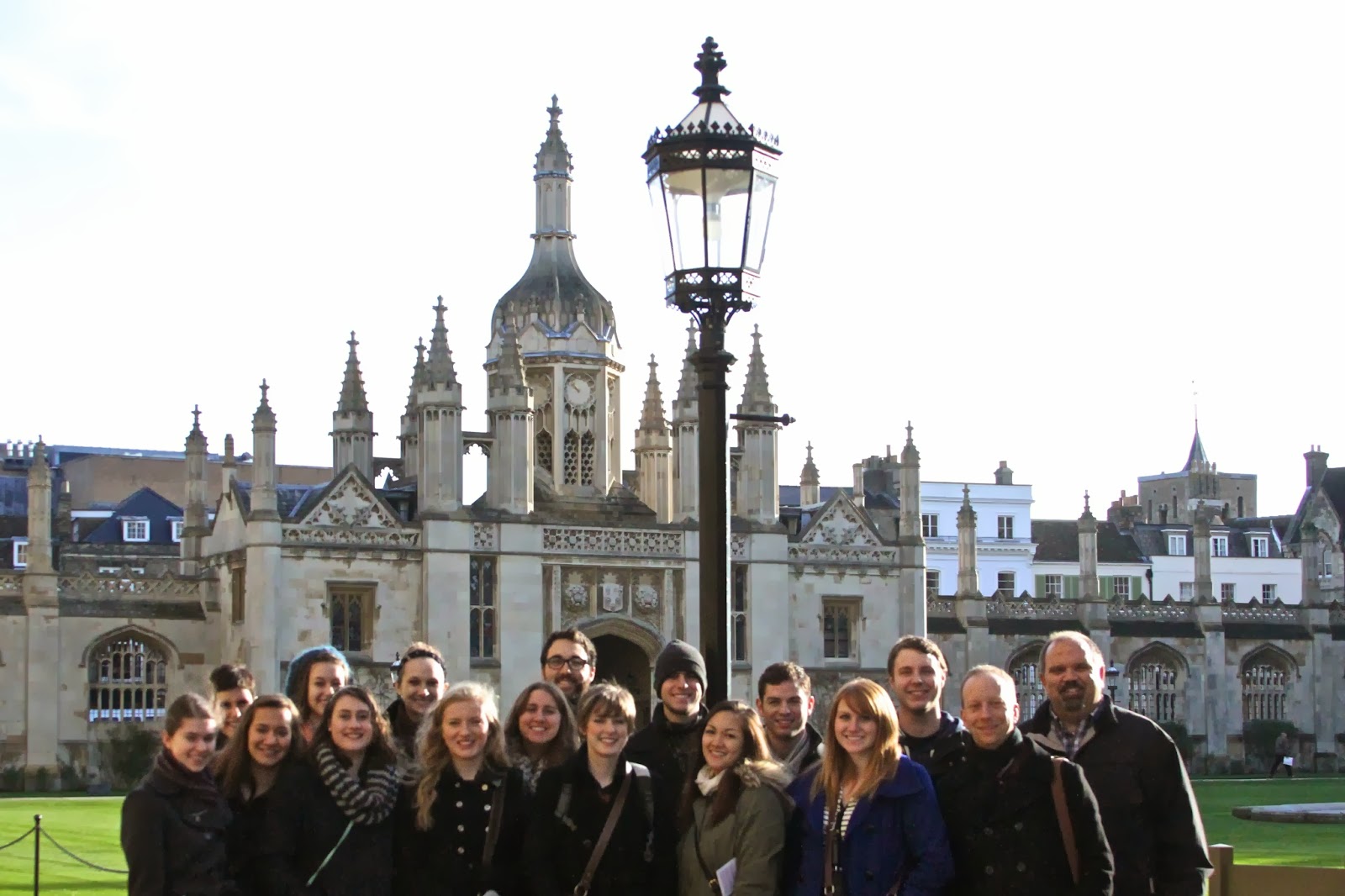 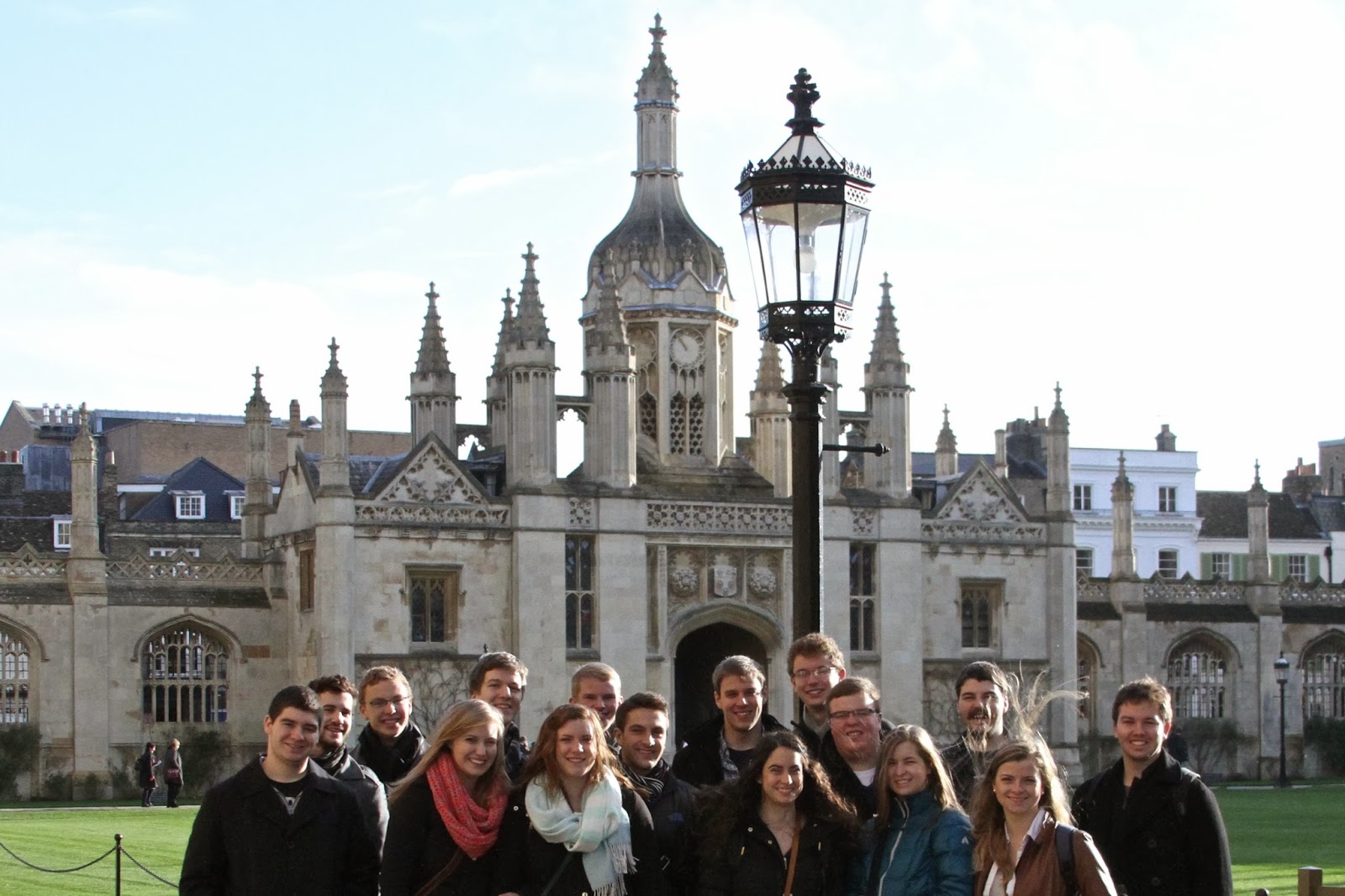 Following the tour, we had some much needed free time. We split into groups to enjoy our last hours in the city of Cambridge. I was graced with the presence of Tom Florian, Katie Galliart, James Maertens, Chelsea Dubczak, and Sarah Holaway. Lucky for us, it was market day, and we were able to explore the many stalls and experience a variety of different products, from the essential British tourist souvenirs, Cambridge gear, to local jewelry.

Wiped out by the shopping, we went in search of a filling lunch. This is quite a daunting task; Cambridge has a plethora of attractive dining options consisting of the classic British pub, fast food, and cuisine from pretty much every country you can imagine. After striking out at a cute but overcrowded café, we settled for an excellent Italian restaurant called Zizzi. This was a wise choice. We were served freshly baked bread, decadent pizzas, calzones, and some of the best pasta I’ve ever had. What’s more, we unanimously concluded that Zizzi had some of the nicest “loos” we’d ever seen. Apparently the Chamber Choir values nice, clean restrooms.

After the satisfying lunch, our group chose to wander around the winding city streets for a bit longer, taking in all the sights and sounds of Cambridge. We ended up sitting down for a dose of caffeine at Costa Coffee, my favorite coffee shop in the whole world. It was a sunny and rather spring-like day today, and we took advantage of the favorable conditions by sitting at some tables on the sidewalk. We shared laughs and smiles, and grew closer as friends and fellow musicians. I think that the whole choir has experienced the feeling of closeness and belonging that I felt today. We’re kind of like a family.

At the strike of 3:00 PM, the choir was back on the bus ready to depart for our next concert venue at St. Nicholas Church in Witham, Essex. We were told that some people call Essex “the county that God forgot,” but I disagree. It’s actually a lovely place. The landscape is rural, and possesses a certain calm, pastoral beauty that I quite enjoyed. St. Nicholas is a small parish church quite different from the massive cathedrals and chapels that have been our concert venues thus far. It’s an intimate space that’s been around since the 1300s, and although it was not as resonant a space as the cathedrals, it was still a great place to sing.

“Music is the voice of the soul” seemed to be the theme of the night. We used this phrase in a vocalization exercise that challenged us to improvise individually in whatever style, tempo, and key we wished. It was a great way to begin our preparations for the performance and to hear individual voices.

This concert, in my opinion, proved to be the most rewarding thus far. Not only did we sing beautifully, we were lucky enough to meet the audience during the “interval,” which is a time of fellowship between the audience and performers, complete with tea and biscuits (cookies). I had a long conversation with a kind couple from the area who were very excited about our performance. They had attended the concert in 2010 when the Chamber Choir first visited St. Nicholas, and they were thrilled to experience another concert. I even shared a short conversation with the mayor of Witham. This whole “interval” experience proved to be great motivation for the second half of the concert, as our performance was again stellar.  Following a standing ovation by the large crowd, the encore performance of Coventry Carol was the perfect end to a wonderful concert.  Other singers and I were a bit misty while singing the last few measures. I think this was my favorite concert so far, and I’m excited for the next two performances in London. 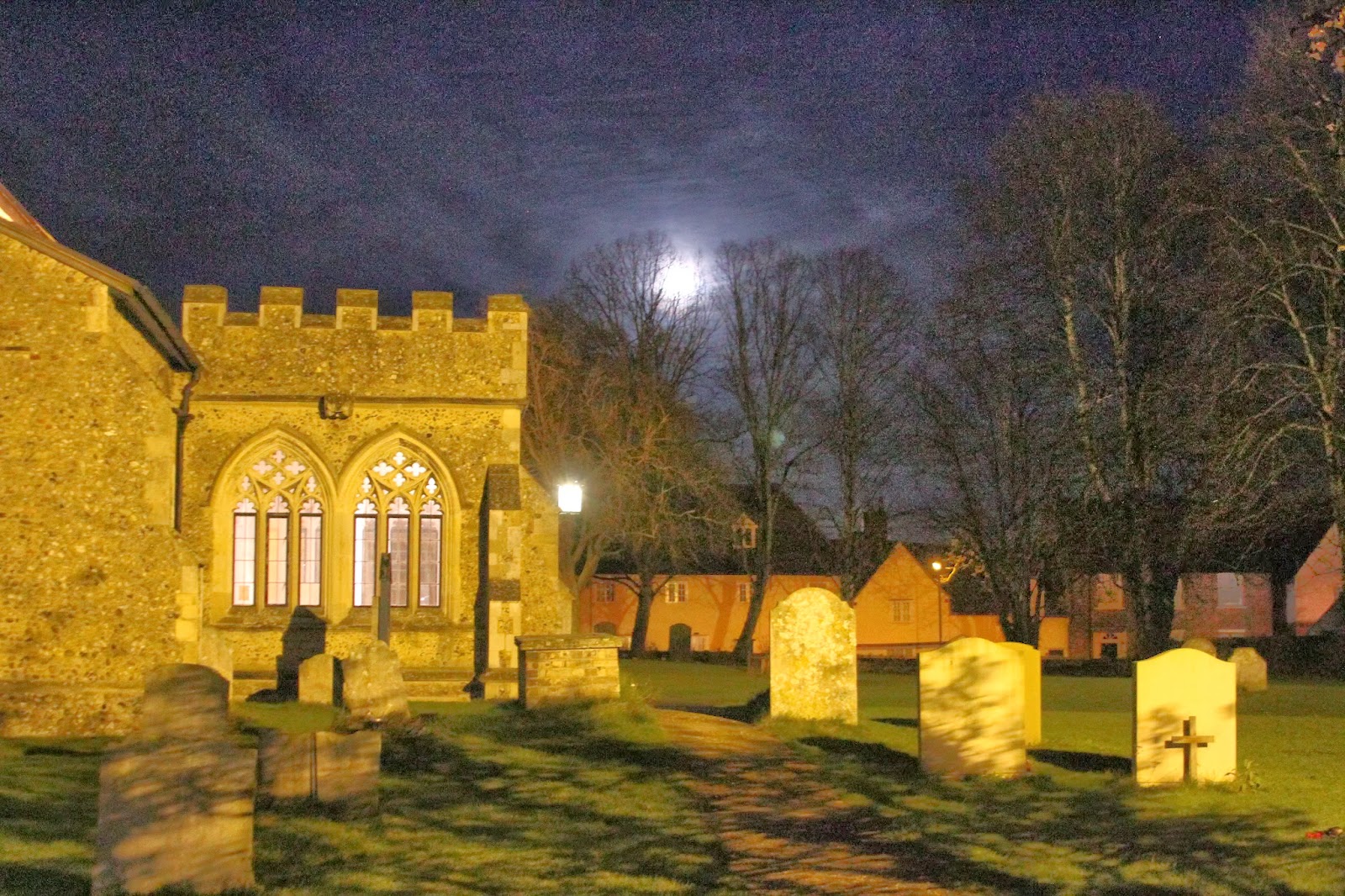 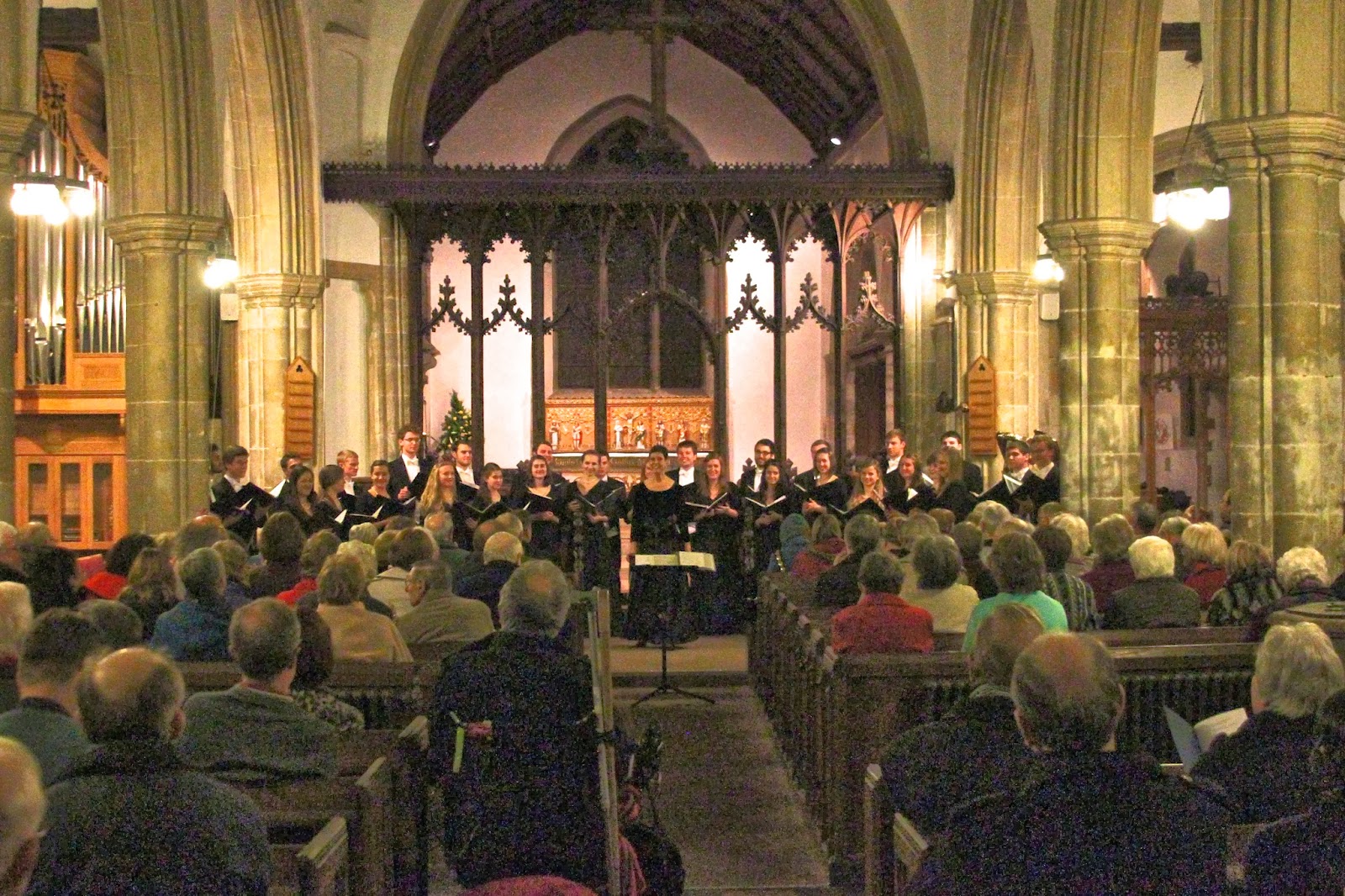 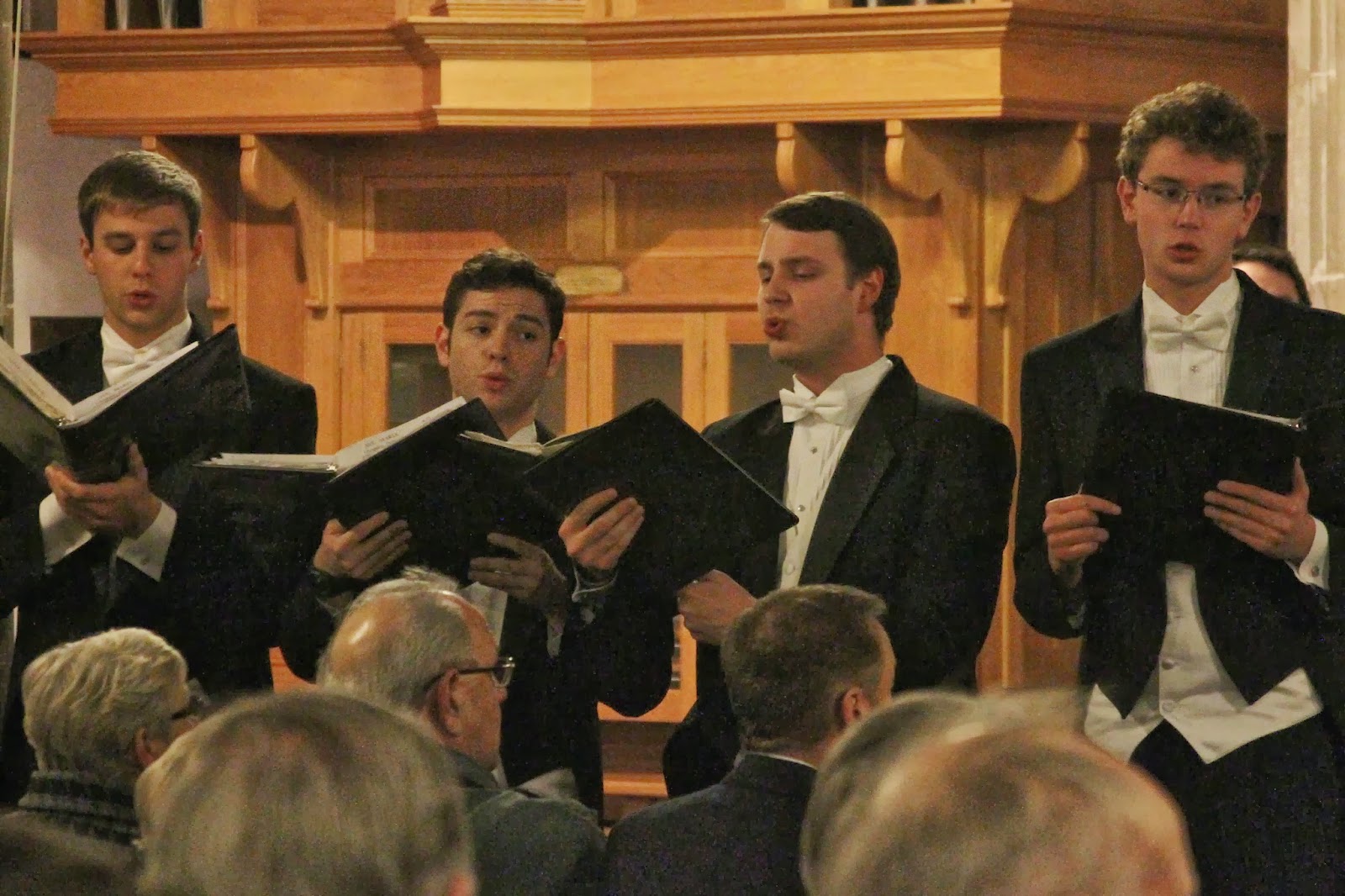 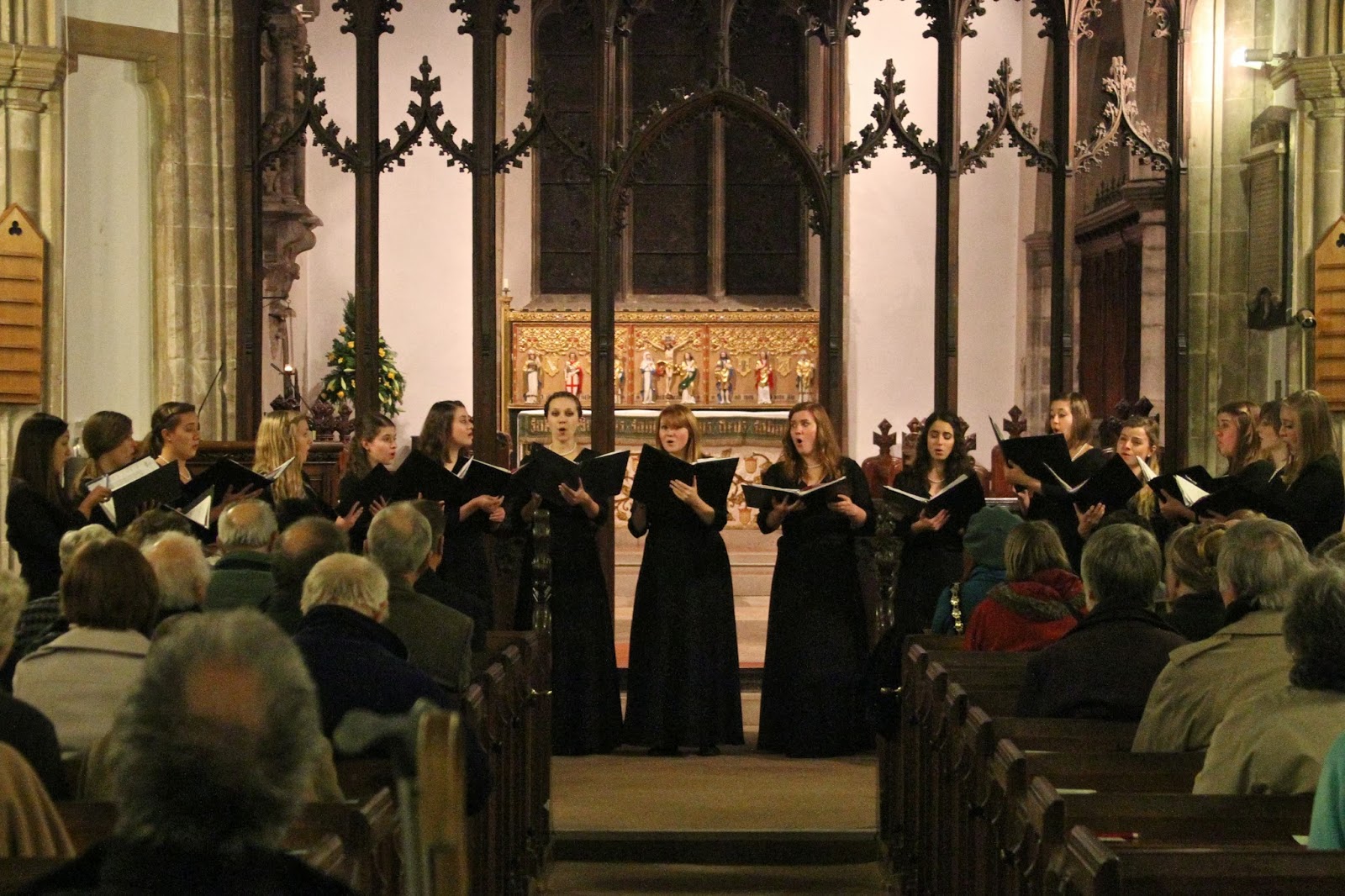 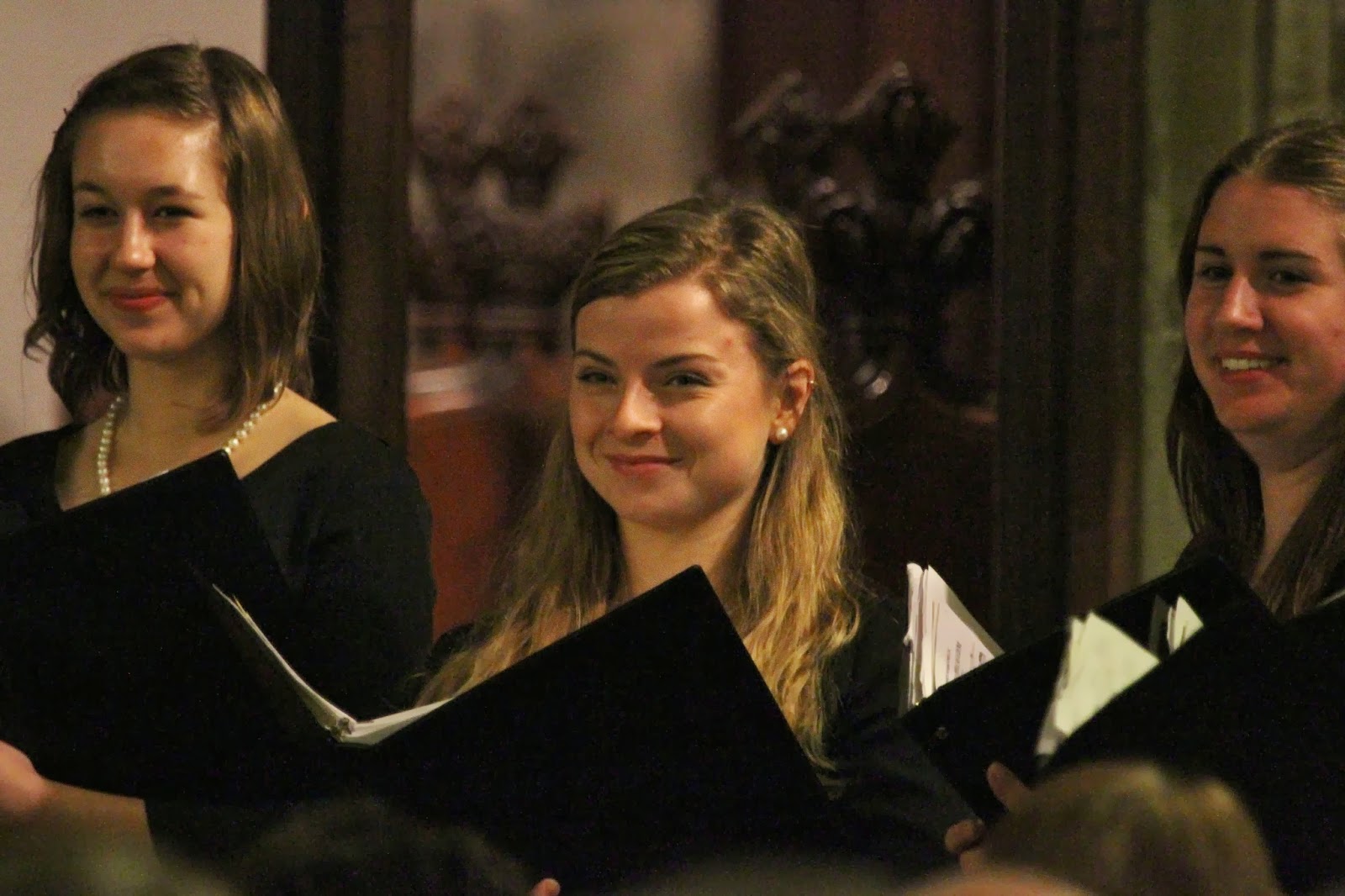 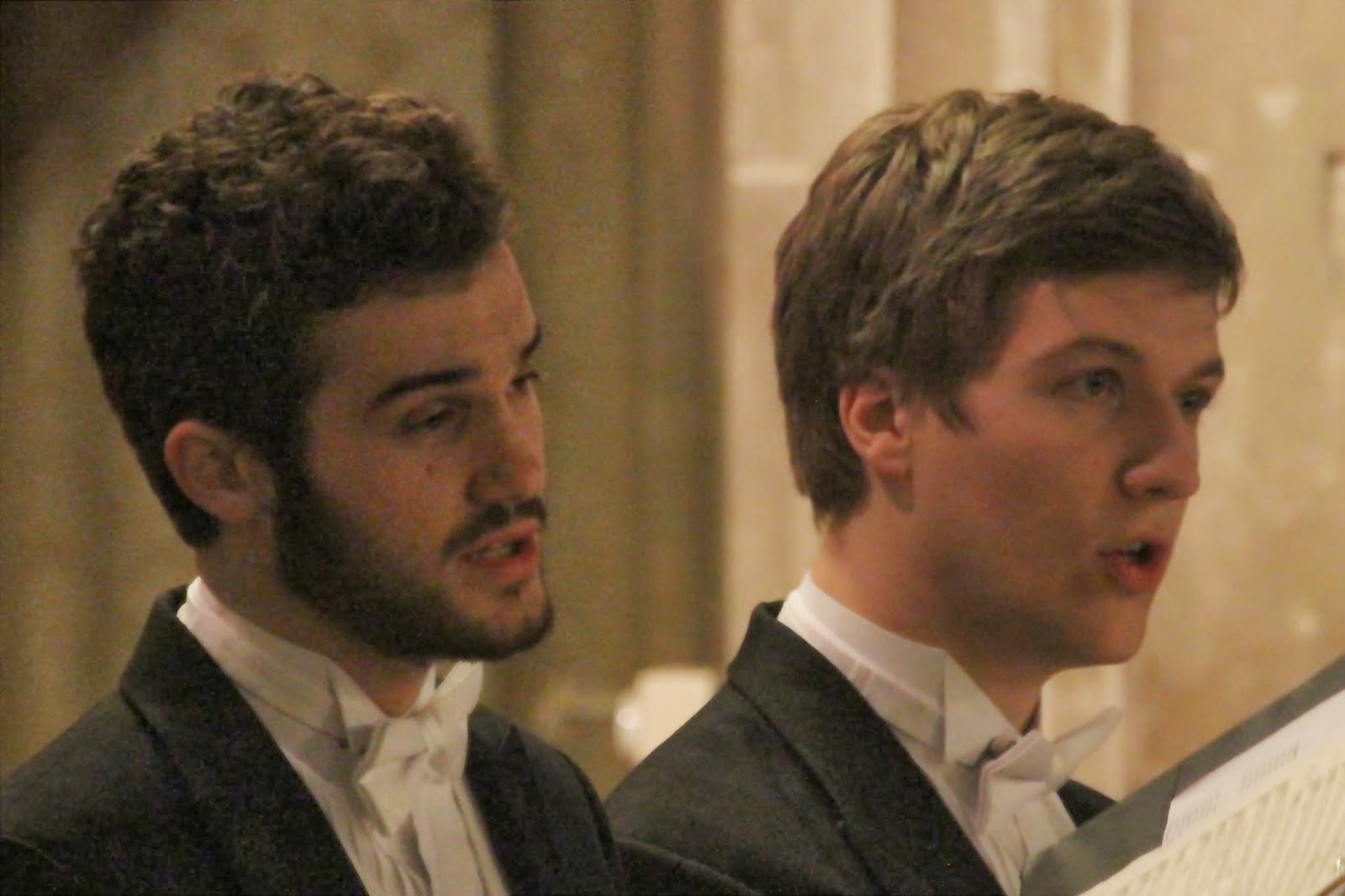 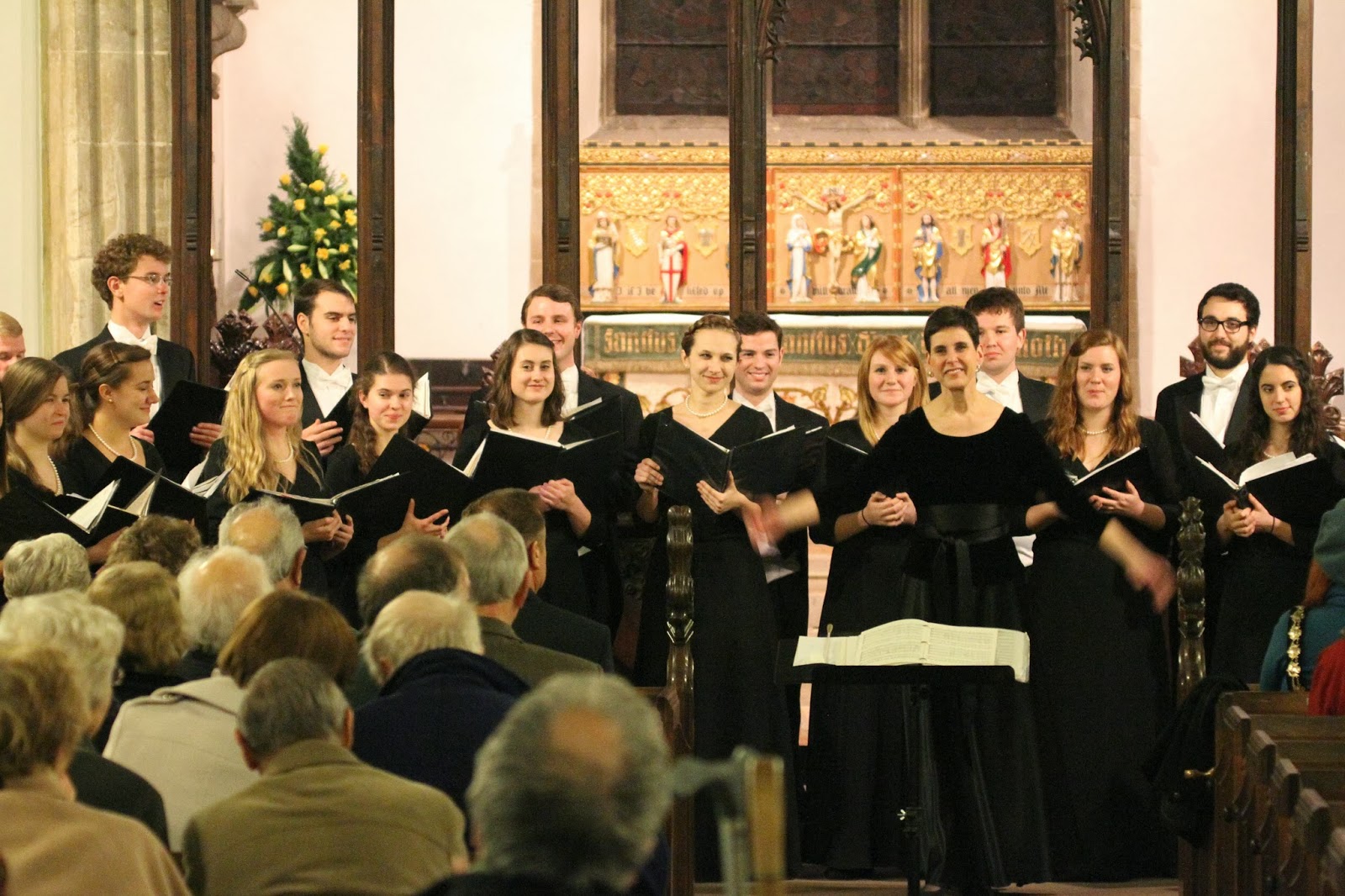 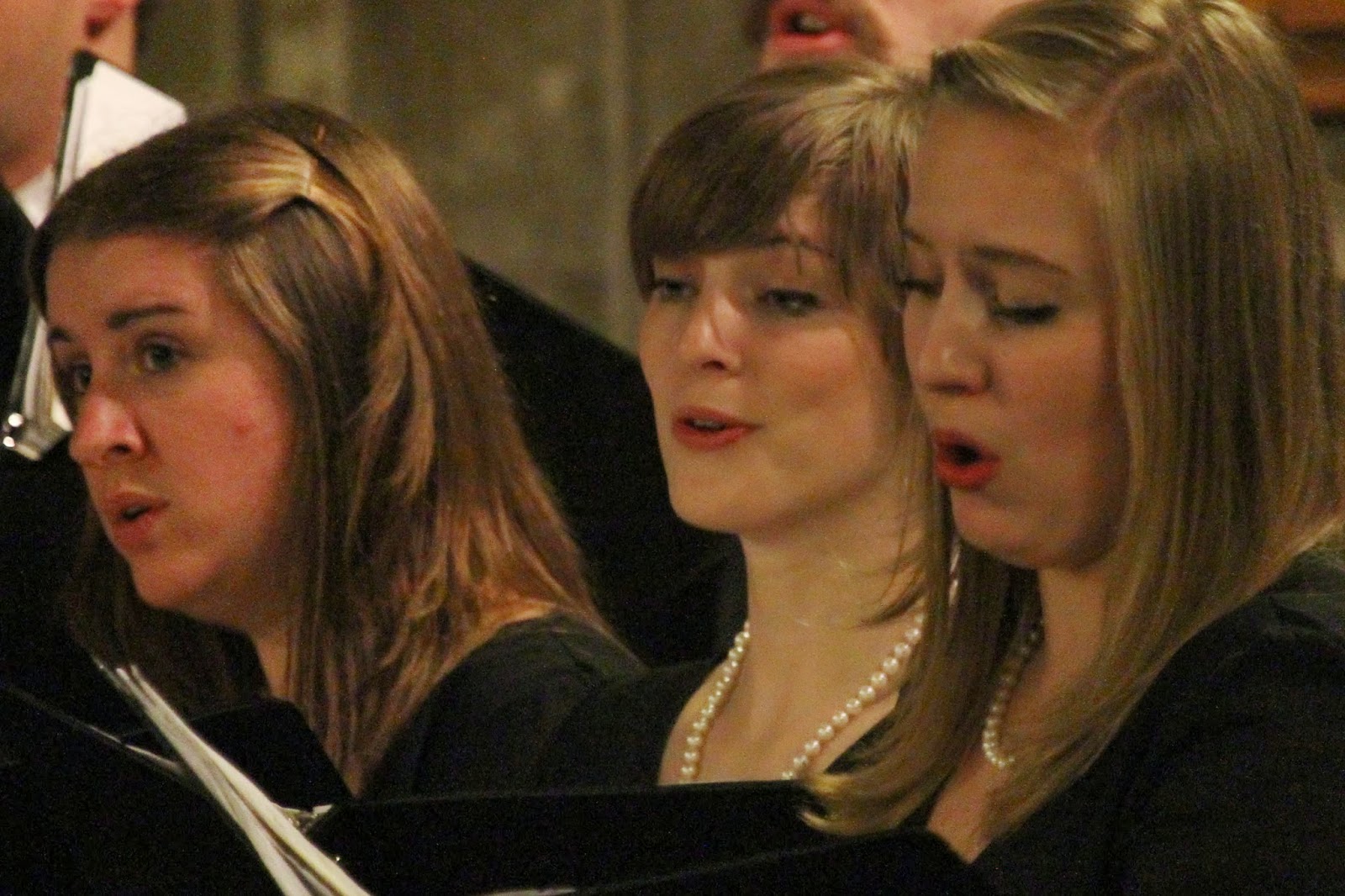 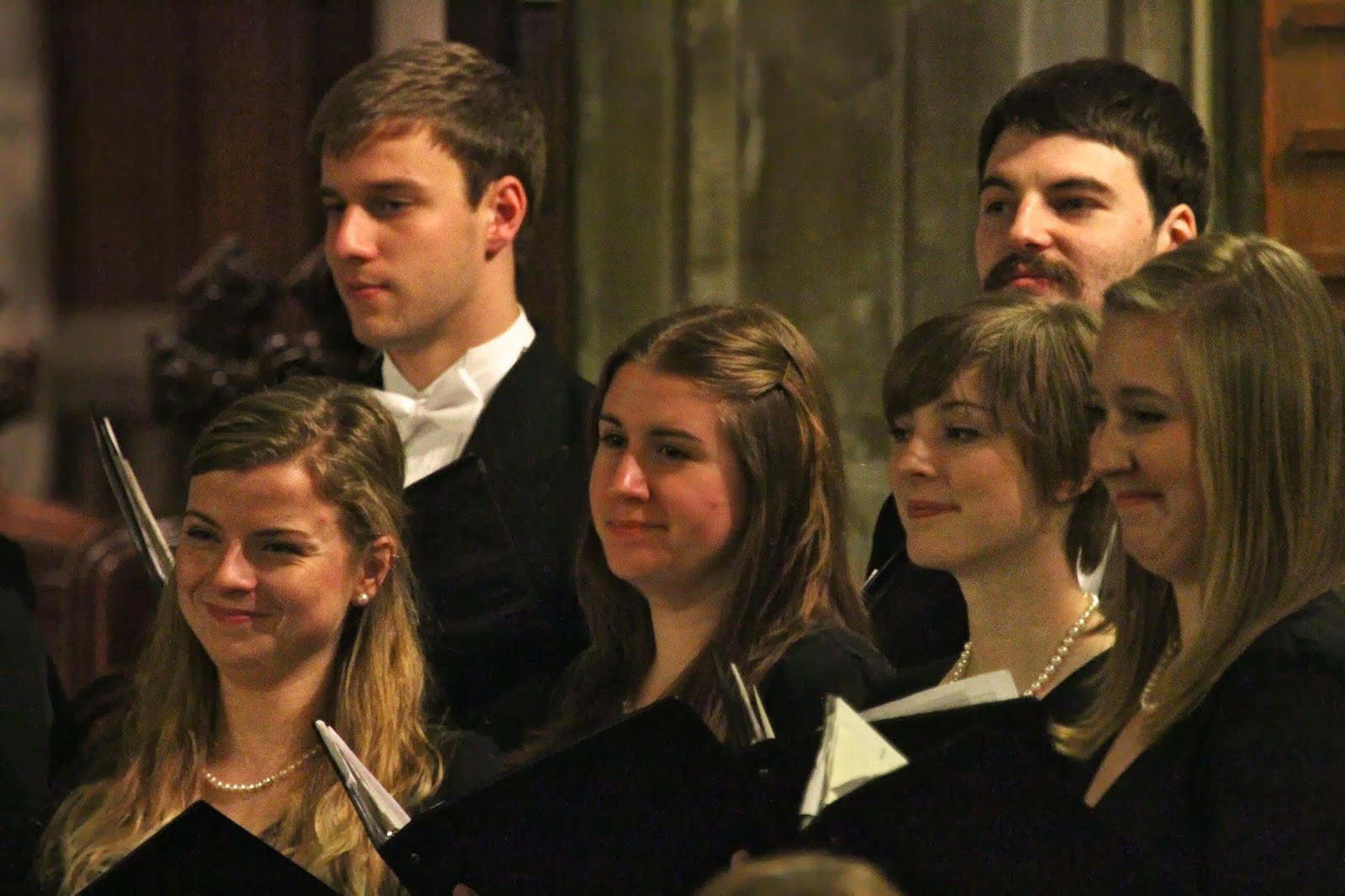 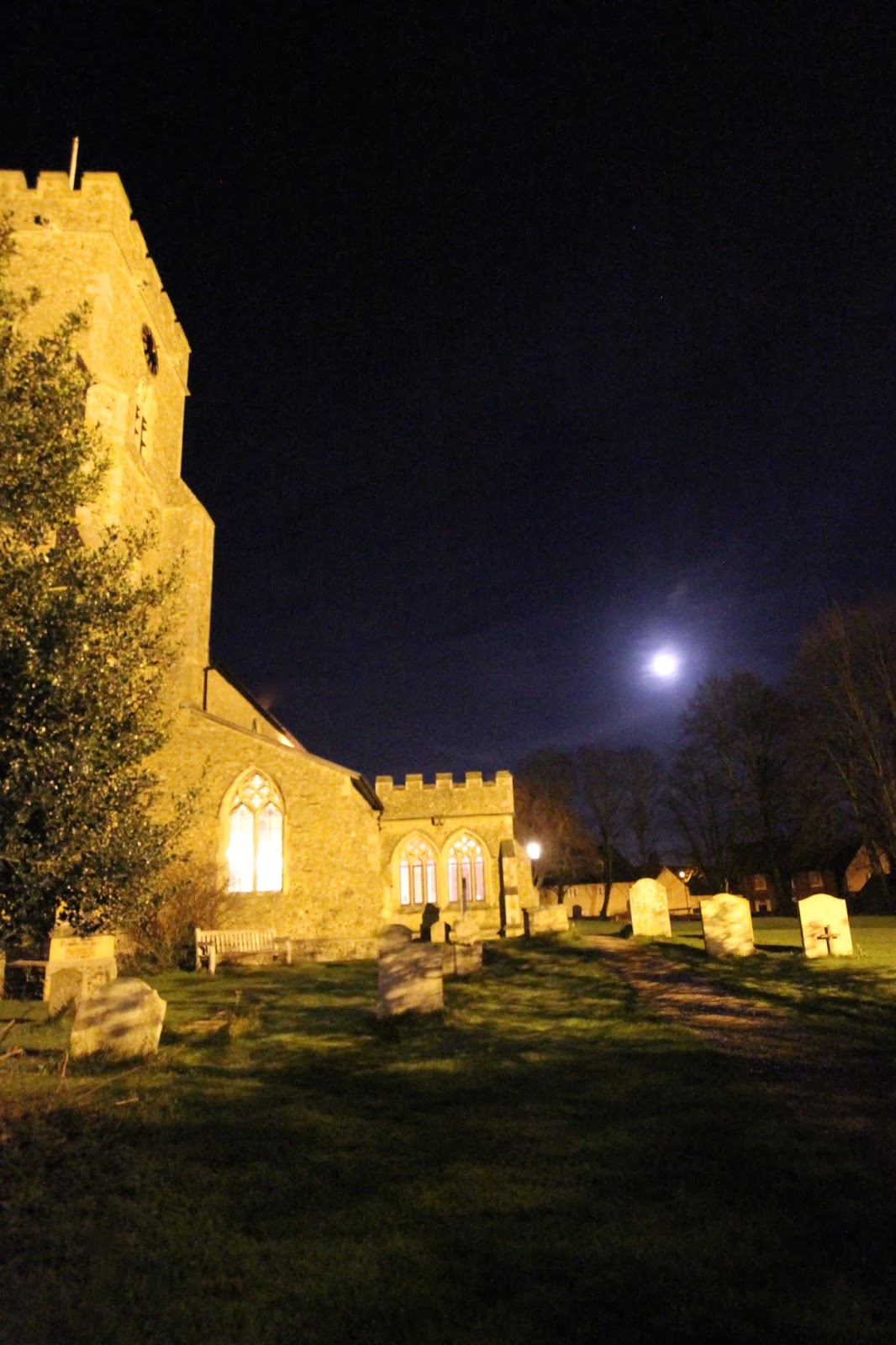 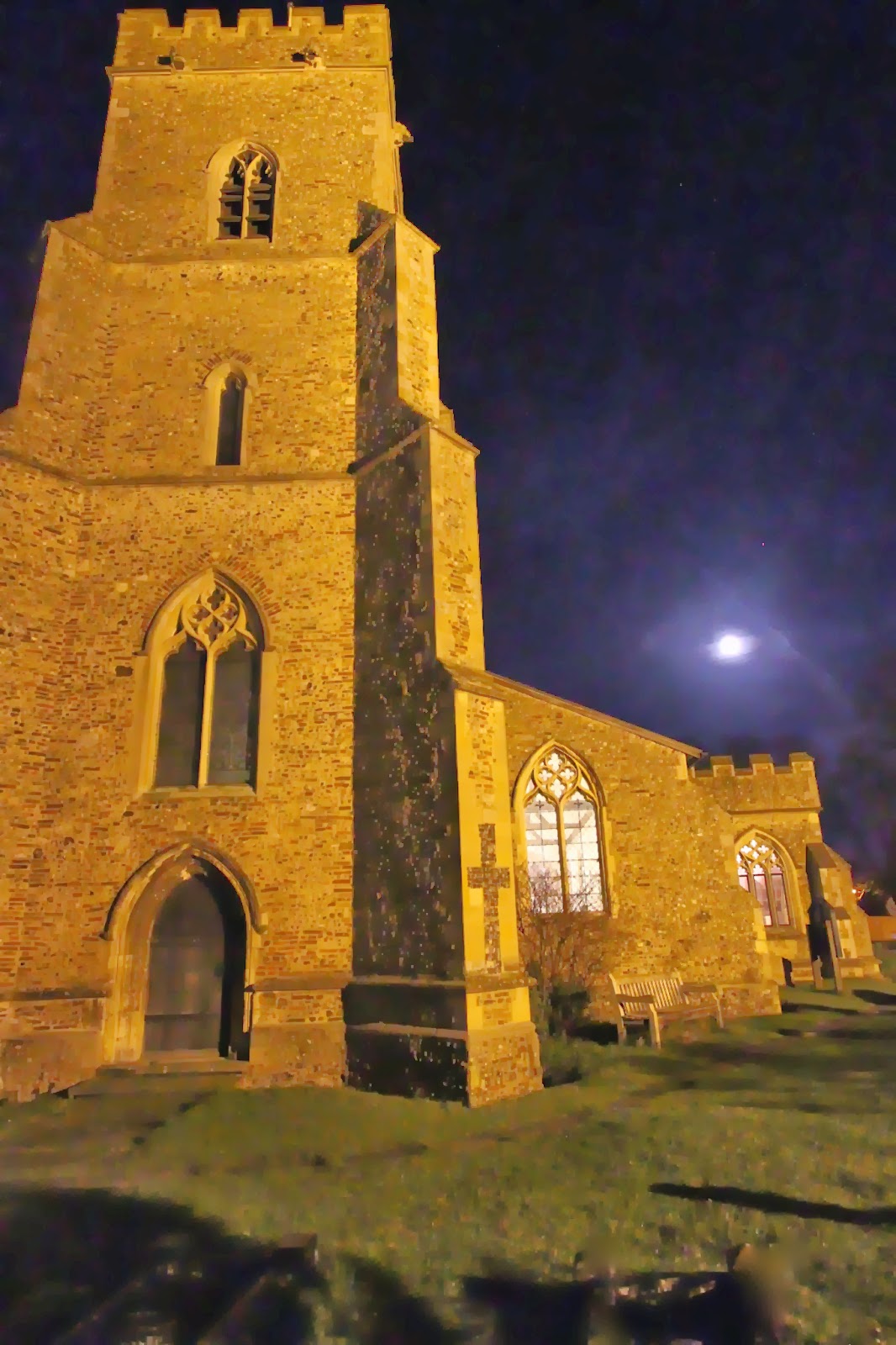 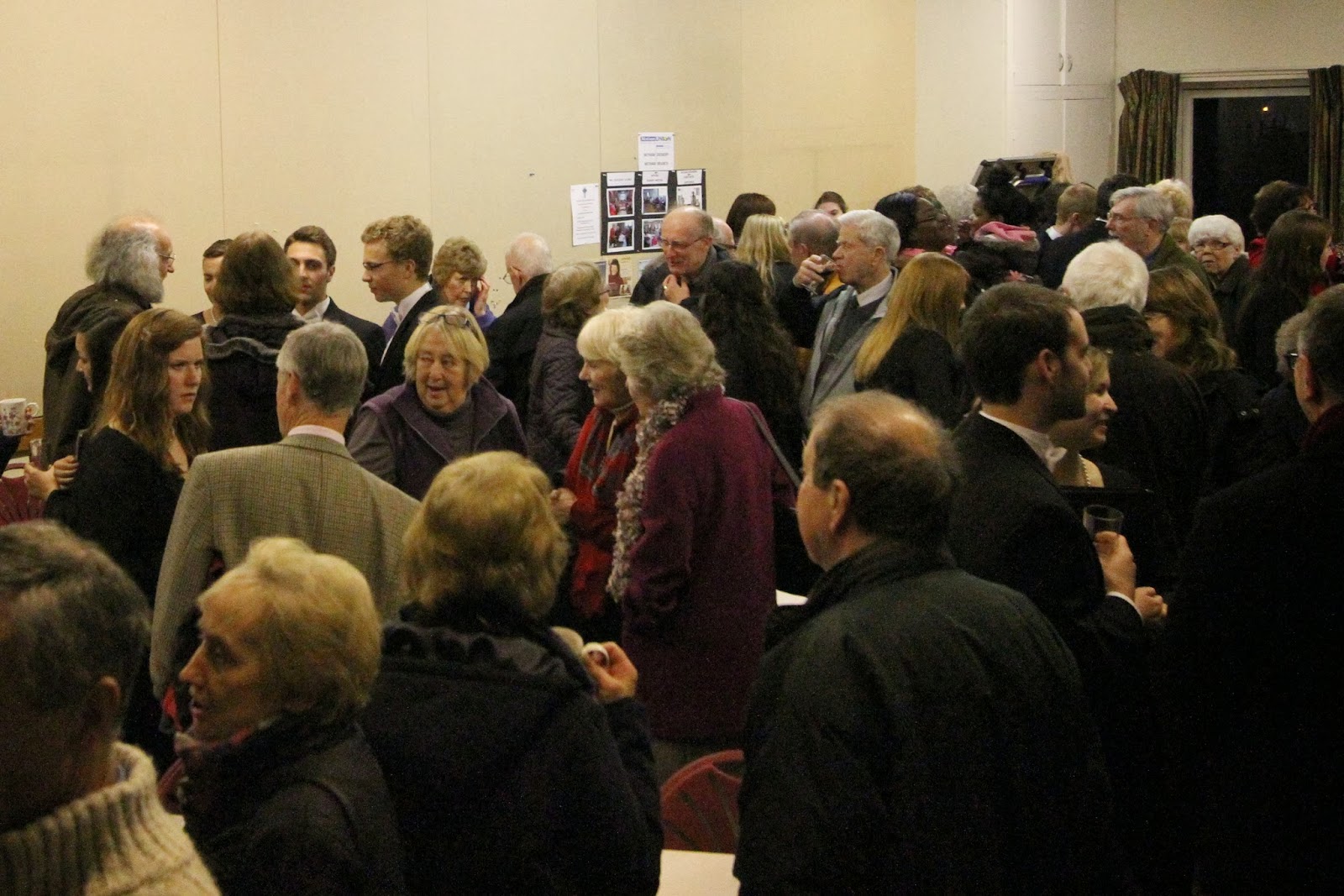 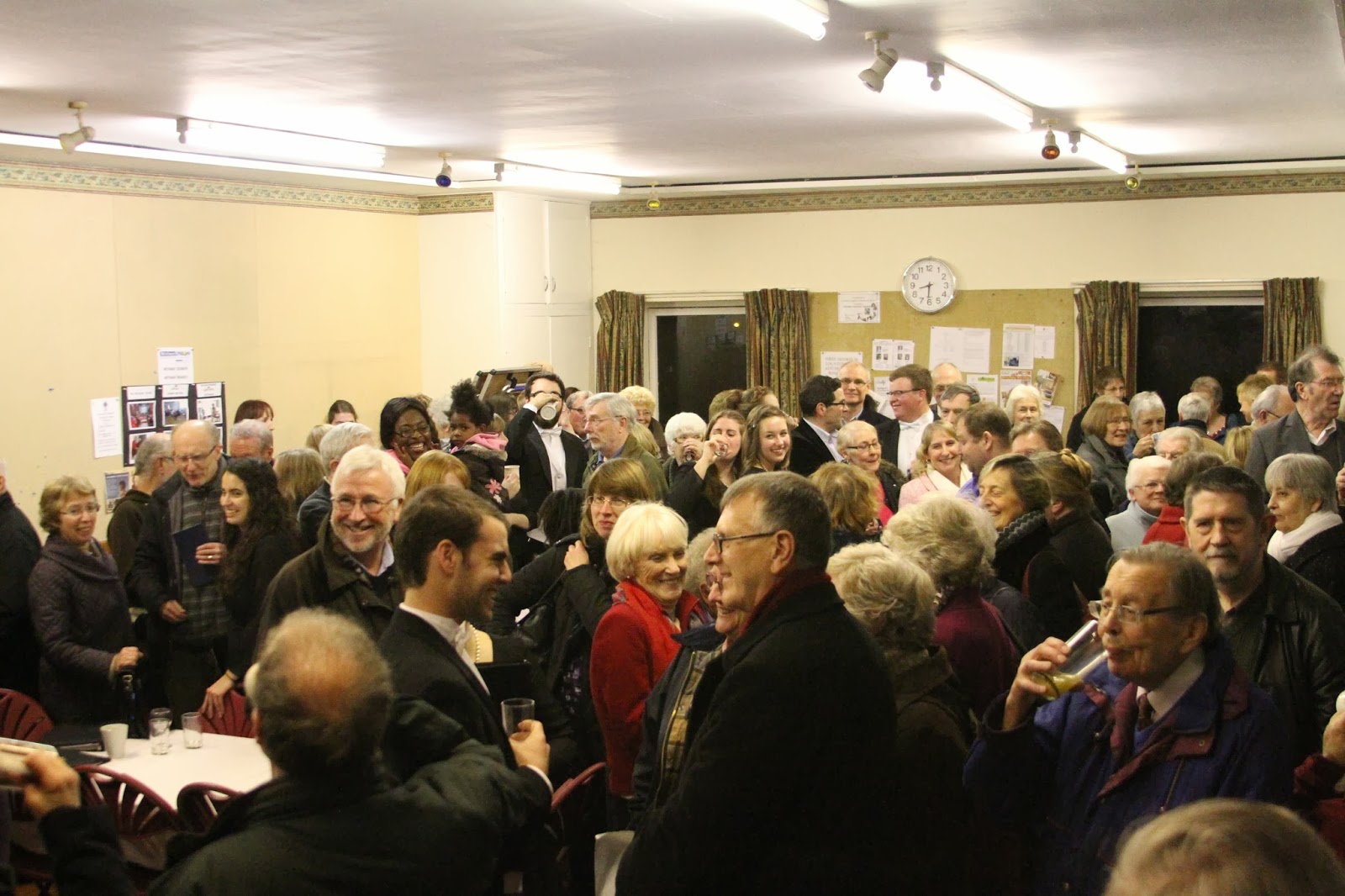 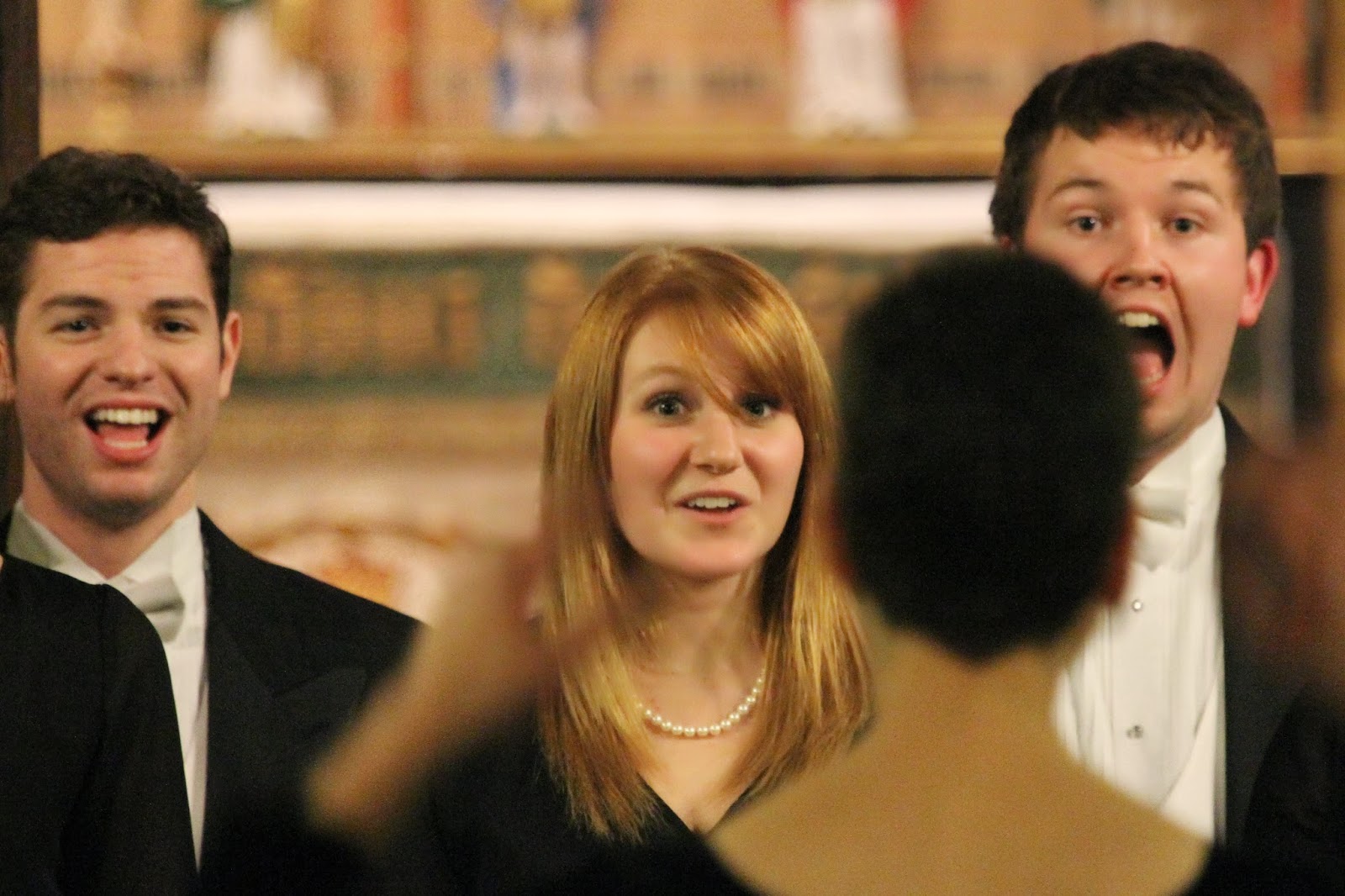 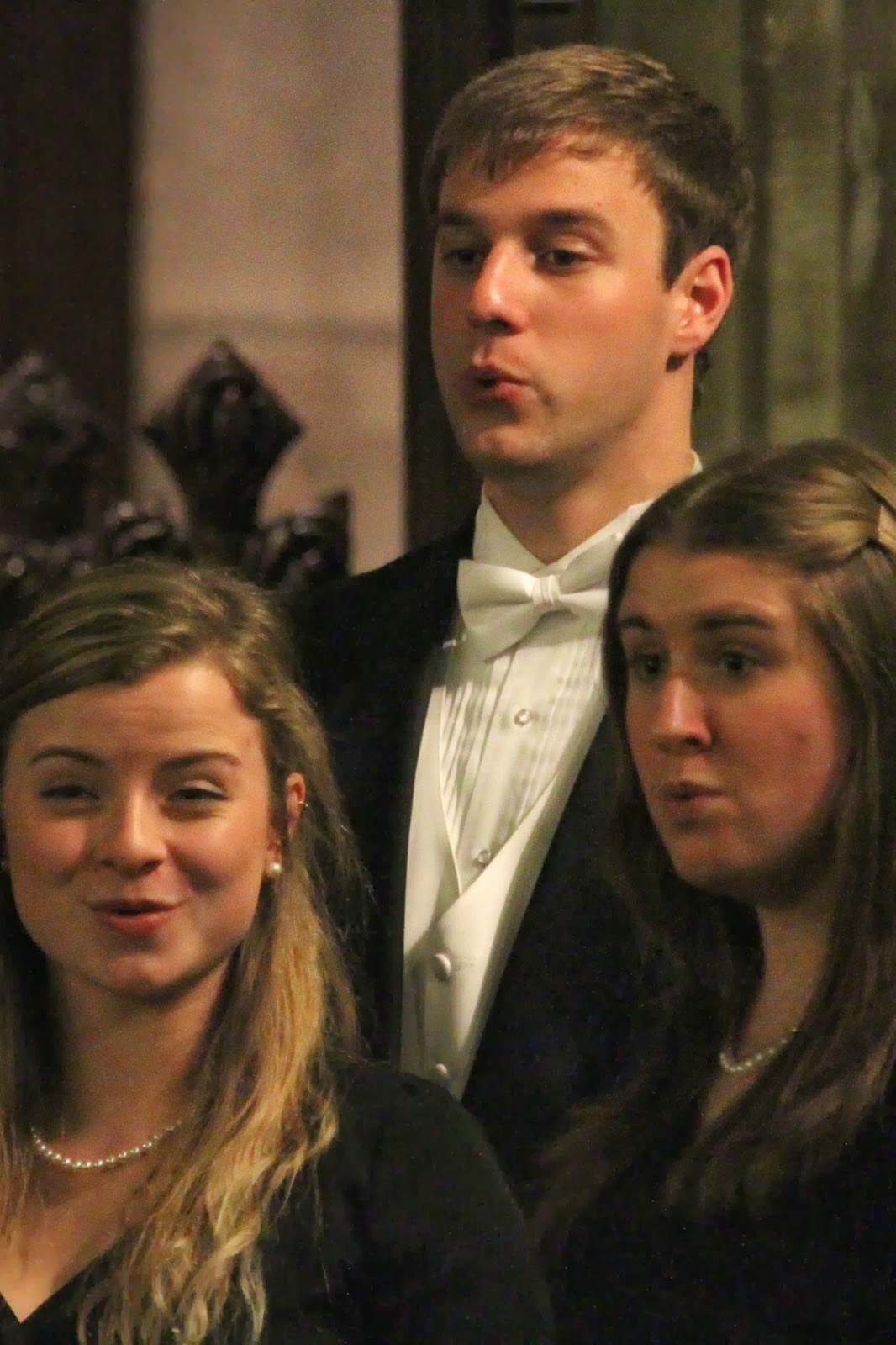 As I’m finishing this blog post, the bus is winding through the labyrinth of streets that snake through my favorite city in the world, London. There’s a definite sense of excitement as we start seeing the tall buildings that make up the London skyline. With such a wealth of things to do and the prospect of more magical performances in two of the world’s greatest choral venues, St. Paul’s Cathedral, and St. Martin-in- the-Fields, I am positive that the Chamber Choir will make more of the memories that will last a lifetime.